Engaging in blame-game at this juncture could only lead to division at a time when there is a collective attempt to face the biggest challenge a globalised world has faced so far. 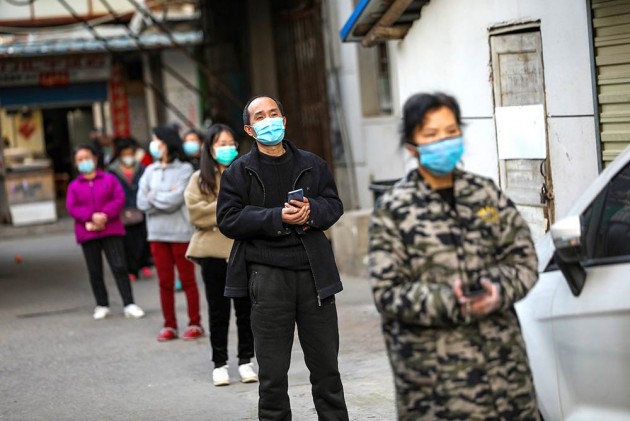 A move is gathering steam to name Covid-19 as the China virus. But its potential ramification can harm India and pose a much bigger challenge for the country.

The current anti-China move can be attributed to the American President. From this month Donald Trump began calling it the China virus in a clear departure from his earlier public utterance when he used to refer it like others as Covid-19 or the corona virus.

But sections of opinion-makers in India have also latched on to Trump’s controversial description of the virus, making an earnest attempt to give it a name that will hold the Chinese leadership responsible for this pandemic.

Many former Indian diplomats, strategic commentators as well as academics and members of the media share this line of thinking. However, in advocating the need to “name and shame” China, the racial undertone and the wider ramification of this potentially dangerous move are being ignored.

The China-baiters argue that since in past pandemics countries of origin of the virus, like the Spanish flu, were named, there is nothing wrong now in bringing the focus on China. They point out the 2012 MERS-Cov outbreak is called the Middle East Respiratory Syndrome (MERS) so why should people be coy in naming China?

But the move is fraught with problems. In recent years the World Health Organization (WHO) has stopped naming specific countries for epidemics. This has been done for several reasons including the possibility of wrongly attaching a label on a country as was done for the Spanish flu.

The virus that manifested in 1914 had originated in Kansas in the United States before spreading to different parts of the world. But Spain, as the only neutral country in World War I, had managed to conduct a survey in the country and conclude there was a pandemic. Unfortunately, it got stuck with the name.

In subsequent years, the WHO has decided to name epidemics after physical features of a region, like in the case of Ebola, naming a river in Africa rather than the village where the virus originated. This was done to save the hapless village and its people from being castigated and shunned by outsiders.

Trump has his reasons for putting the China label on the virus. Not least of which is the fact that he is seeking a re-election in the November presidential polls.  He sees China as the US’s main rival and could have been miffed with the Chinese attempt to blame America for unleashing the coronavirus on China. Moreover, Trump is a known supremacist who has campaigned robustly on ethnic and religious lines in the past and hopes to gain from the polarisation in the coming days.

There are recent reports of attacks on American-Chinese and the bias appears to be spreading also against other Asians. On March 24 the US President was forced to clarify because of the rising tension that the Asian-American community were not responsible for the coronavirus. But Trump is unpredictable and in a “tight election” he may bring back the China card in his campaign pitch.

For India, China offers both opportunity and confrontation. Despite a few hiccups in recent years, the leadership of the two countries have managed to maintain balance and stability in the bilateral ties. Naming and blaming China for the current pandemic could break the equilibrium and poses a wider range of outcomes that could go much beyond Sino-Indian relations.

As the crisis born out of the coronavirus plays out in India, panic-stricken and ill-informed victims and their family may look for outlets to vent their anger and frustration. Foreigners in general, and East-Asians or their lookalikes, may be an easy and possible target for them.

Such developments could tarnish India’s image to the outside world and in turn, lead to similar attacks against Indians in other parts of the world.

This might not remain a hypothetical situation as signs of it happening in reality are already there. Some Western diplomats are worried if the lockdown continue, their nationals could possibly face the brunt of the pent-up frustration as many are blaming foreigners for bringing the virus into the country.

In addition, Northeasterners living in Delhi have also started talking about an increase in cases of harassment against them. This can get worse if the campaign to name China gets shriller in the coming days.

When the global storm set off by the coronavirus settles down there would be time for introspection. It would be carried out not only in China—a country that sees itself as the future world leader-- but also in New Delhi and other world capitals.

Despite all this, some finger-pointing would take place as the world draws its hard lessons from the pandemic and tries to move on. But engaging in blame-game at this juncture could only lead to division at a time when there is a collective attempt to face the biggest challenge a globalised world has faced so far.