Isn’t It Risky To Block Chinese Money Amid Recession?

After India’s new policy on restricting foreign direct investments, it is useful to ask why China is avoiding harsh language and any talk of retribution. 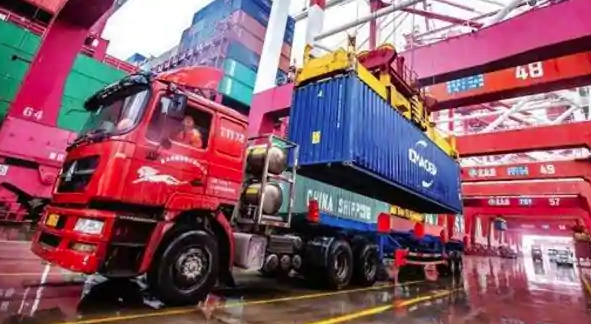 The first reaction from China to India’s new policy on restricting foreign direct investments is fairly subdued and seeks to persuade New Delhi to go for a rethink. This is significant because the government directive specifically targets one country, China, and does not apply the investment restrictions on other countries.

It is useful to ask why China is avoiding harsh language and any talk of retribution. Chinese policy pundits appeared to have gauged the fact that most of India now stands with the government in its fight against coronavirus and the use of harsh language might result in a sharp outcry against China. More harm would be done to Chinese interest by protesting too loudly at this sensitive juncture.

The Chinese embassy in New Delhi issued a statement saying, “barriers set by the Indian side for investors from specific countries violate WTO’s principle of non-discrimination and go against the general trend of liberalization and facilitation of trade and investment."

This has been the standard Chinese reaction every time any country, including the US and Germany, tried to impose restrictions on investments by its companies.

An April 17 order of the Department for Promotion of Industry and Internal Trade did not specifically name China but left no one in doubt that Chinese investments were being targeted as it said that the new rules applied to countries that shared a common border with India, and was meant to curb "opportunistic takeovers/acquisitions".

The decision came within two days of Chinese companies dispatching 6.5 lakh rapid testing kits to India and in the midst of efforts to expand buying of medical supplies from China. This is also a reversal in the government’s policy stance of encouraging Chinese investments as a means to advance the Make in India programme.

What has changed now? It is clear that a lot of thinking has gone into this decision which involves hurting several sectors of the economy.

The government appears to have gauged that China is in no position to hit back with trade restrictions on India at a time when it is facing wide-ranging resistance from the US, South Korea, Germany and several other western countries.

The Chinese think long-term and would continue to engage with India with the same zeal as they displayed before the April 17 directive. This is one of the assumptions which seems to have motivated the government during the process of decision making.

Leave aside China’s reaction, there are some worrying aspects of the government decision. For one thing, it is a sweeping directive covering all kind of investments from China, including the supply start-up companies and the small and medium sector.

Analysts also ask why the government restricted investments in new and greenfield projects which did not pose the threat of unfair acquisition of existing Indian companies. Several major projects including some in the power sector have come up either with financial contribution from China or support by way of machinery.

The government might ease the restrictions to ease controls in the supply of Chinese money to the start-ups, small sector and greenfield projects.

The government may have been encouraged by recent reports that companies in Japan and South Korea were examining the possibility of relocating a part of their investments from China to India. There is also an impression that the US under President Donald Trump would not take kindly to countries that appear to be enthusiastic about Chinese money. (Of course, there are many who contest this impression saying that Trump’s aggressive postures against China should not be taken as permanent stance because he is comfortable about reversing his decisions anytime).

Beijing-based Global Times in an opinion piece says, “There is a need for India to relax its restrictions and create more favourable conditions for Chinese investments, particularly when it comes to the manufacturing sector. This is because it is now uncertain whether Japanese and South Korean companies will expand their investment in India.”

“Chinese manufacturing investment and its technology transfer are both what India needs most right now,” the newspaper said, adding, “If India blocks the entry of Chinese capital, it will probably risk missing a good development opportunity for its manufacturing sector”.

The government will have to aggressively scout for alternative sources of investments, particularly in the small sector and manufacturing industries, if it wants to go ahead with the April 17 directive in the months ahead. An important question to ask is whether it is ready to identify problems particularly red-tapeism which has been discouraging foreign investments despite the government’s repeated assurances about clearing the obstacles.