The authorities, according to new plan, have decided to keep the former prime minister and his daughter in the Adiala jail in the garrison city where they have been provided 'B' class facilities, 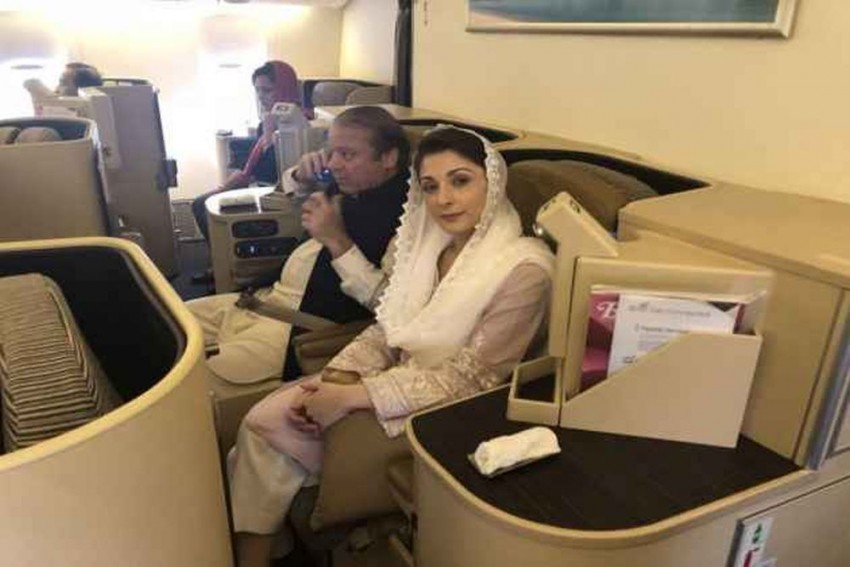 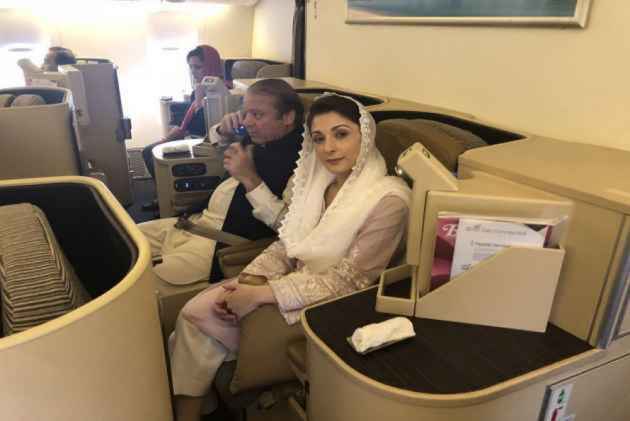 Pakistan's former Prime Minister Nawaz Sharif and his daughter Maryam have spent their first night in the high-security Adiala Jail in Rawalpindi and the two VIP convicts were provided "B" class facilities, media reports said on Saturday, a day after their arrest.

The National Accountability Bureau officials took Sharif, 68, and Maryam, 44, into custody in the Avenfield case, shortly after their arrival at Lahore airport from London via Abu Dhabi. They were flown to Islamabad on a special aircraft and then were taken to the Adiala Jail in separate armoured personnel carriers escorted by police convoys.

The authorities, according to new plan, have decided to keep the former prime minister and his daughter in the Adiala jail in the garrison city where they have been provided 'B' class facilities, The News reported.

According to a notification issued by the Islamabad administration, they have declared a rest house at the Sihala Police Training College in the capital as a sub-jail to keep the two figures, with immediate effect and until further orders.

However, Geo News quoting sources reported that authorities have decided to keep them at the Adiala Jail for now.

A team of doctors, in the presence of Islamabad magistrate and senior police officials at Adiala jail, conducted the medical examination of Sharif and his daughter Maryam and declared them fit.

Meanwhile, the Ministry of Law and Justice has issued a new notification, saying that the accountability court would conduct trial of remaining two corruption cases, which include Flagship Investments and Al Azizia Steel Mills, against Sharif and others at the Adiala jail.

Accountability Court-Islamabad Judge Muhammad Bashir, who last night issued warrants for the imprisonment of the three-time premier and his political heir, will conduct the trial against the Sharifs in the jail, the report said.

As per the rules class 'B' consists of prisoners who by social status, education or habit of life have been accustomed to a superior mode of living. Habitual prisoners can be included in this class by order of the government, the News reported.

It is learnt that usually A or B class prisoners are educated and give lessons to the uneducated prisoners perhaps in Class C. They do not do hard labour and can be engaged in useful work which is defined as rigorous punishment in their case.

The room of class A and B prisoners are usually equipped with: one cot, one chair, one teapot, one lantern if there is no electric light, a shelf, and necessary washing and sanitary appliances.

The expenses of facilities to prisoners under A or B class such as TV, air-conditioner, fridge, and newspapers are usually paid by prisoners with the permission of jail department, the report added.

Both Sharif and Maryam have been sentenced by an accountability court to 10 and 7 years in prison respectively.

Sharif was disqualified by the Supreme Court last year in the Panama Papers case.

Sharif has been one of the country's leading politicians for most of the past 30 years. He remains popular, especially in Punjab, the most populous and electorally significant province.

Trump Breaks Royal Protocol In First Meeting With The Queen