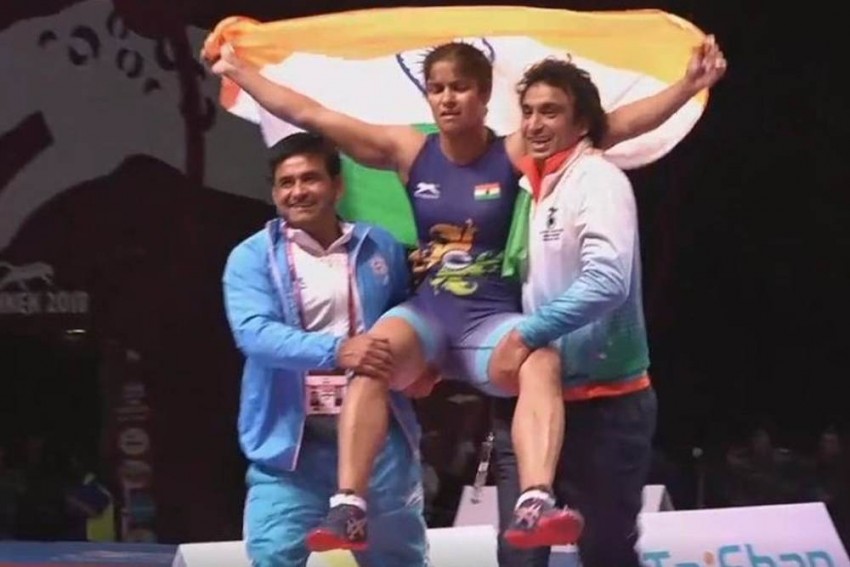 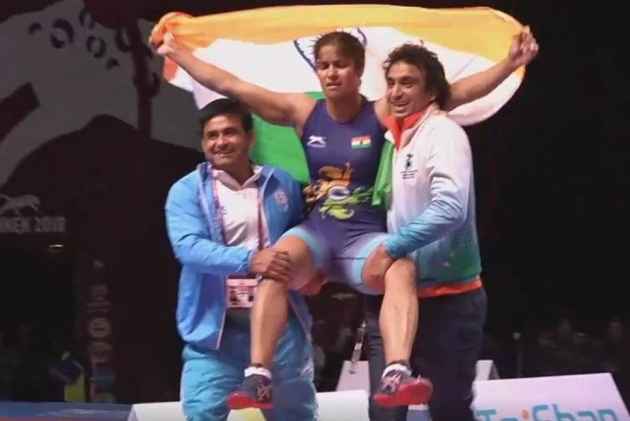 Navjot Kaur today scripted history by becoming the first Indian woman wrestler to win a gold in the Senior Asian Championships as she clinched the yellow metal in the 65kg freestyle category here.

Navjot outclassed Japan's Miya Imai 9-1 in a one-sided final bout of the women's 65kg freestyle category to bag the gold. This was also India's first gold in the ongoing championships.

Rio Olympics bronze medallist Sakshi Malik won a bronze in the 62kg freestyle category after getting the better of Kazakhstan's Ayaulym Kassymova 10-7 in a tough fight.

Navjot produced a thoroughly dominating performance. She was impressive throughout her final bout as she recorded a convincing win.

The 28-year-old Navjot has been around the wrestling circuit for a while as she had previously won a silver at the Asian Championships in 2013 and a bronze in 2014 Commonwealth Games in 67kg.

Sakshi, meanwhile, emerged from a hard-fought bronze medal playoff against Kazhakstan’s Ayaulym Kassymova with a 10-7 scoreline.

Vinesh Phogat had to be contend with a silver medal as she lost 2-3 to China's a Chun Lei in the summit clash of the women's 50kg freestyle.

Another Indian wrestler Sangeeta defeated Jieun Um of Korea to win a bronze medal in the women's 59kg freestyle event.