My Selection At Presidency Marks The Greatness Of Indian Democracy: Ram Nath Kovind

Kovind defeated opposition's Kumar, a former Lok Sabha speaker, garnering more than 65% of the votes in the Electoral College, the Returning Officer for the poll announced. 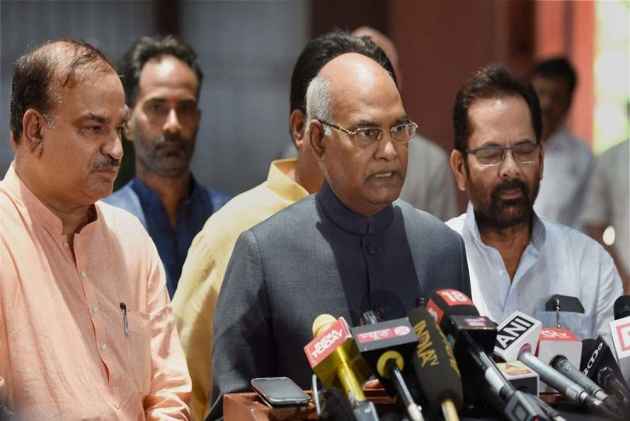 India’s 14th President-elect Ram Nath Kovind said on Thursday his selection at the presidency marks the greatness of Indian democracy.

Addressing to the reporters at his house in Delhi, Kovind said : “The responsibility is given to every person in the country who conducts duties with honesty… This is an emotional moment for me today.”

Kovind defeated opposition's Kumar, a former Lok Sabha speaker, garnering more than 65 percent of the votes in the Electoral College, the Returning Officer for the poll announced today.

The 71-year old, who will be the second Dalit to hold the top constitutional position, received 2930 votes with a value of 702044, the returning officer, Anoop Mishra, said.

“My fight for secularism, the oppressed and the marginalised continues. I thank all my well wishers for their support and good wishes… I congratulate Ram Nath Kovindji for becoming the President of India," said Kumar.

She also thanked Congress president Sonia Gandhi and leaders of all the political parties who have supported her.’