Home  »  Website  »  Society  » Impressions  »  My Friend In The Shadows
Impressions

My Friend In The Shadows

Every second child in India has faced some form of sexual abuse. This is one such story. 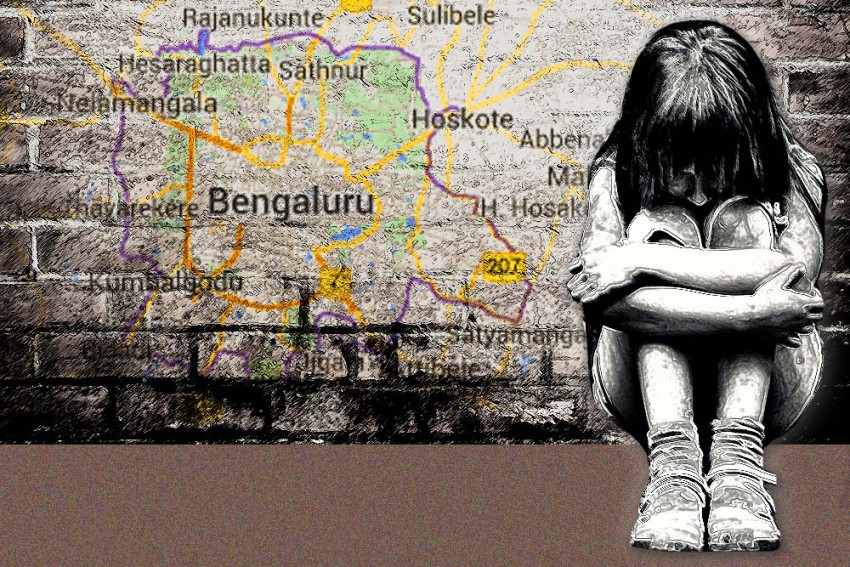 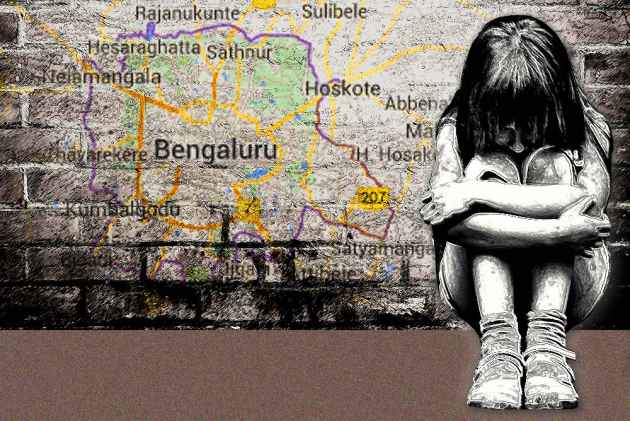 According to statistics, every second child in India has faced some form of sexual abuse. In nine out of ten cases, the perpetrator was known to the victim and held a position of authority, responsibility or trust in the life of the victim. Only ten to fifteen percent of the total cases of child sexual abuse are registered. Behind stone-faced statements and statistics are stirring stories. This is one such story.

"Look at her bro! She's so hot!" Sitting behind the two salacious classmates, I watched them snicker and blush as the girl they had just commented about walked past them. She had rolled up her skirt short, short enough to tease, a spark to set fire to the twenty two boys, ahem, barrels of testosterone in my class.

"Such a sleaze!" I thought, maligning her to feed my envy and insecurity.

I was back at home and studying when I inattentively ran my hand across my torso. I immediately felt ashamed and incomplete. I couldn't find the right curves and bumps that dictated the value of a girl. I sucked in my disproportionately sized stomach, puffed out my flat chest, and contorted my angular body in an effort to get a flattering selfie that would put the 'esteem' back in self-esteem. But only my aunt's obligatory 'like' kept it company on Facebook, and the ensuing tears that ran down my face pushed my morale into a lonely corner.

I have always been a lanky, bespectacled girl, yes, the type that's often stereotyped, but it rarely mattered. On the days it did matter, I would silently lie down on the sofa and place my head on her lap. She would gently stroke my hair and reiterate the pre-eminence of health and character over appearance. She would make me feel better about myself by asking me to confidently acknowledge my skills and strengths — I was self-composed, sedulous, and had a wry sense of humour.

For a precious minute I had forgotten about the wall that existed between us, one that was built after I belligerently questioned her authority and opposed her rules and after she reacted by distancing herself from me. We barely acknowledged each other as I sat down on the sofa. The screen dimmed when the news of a teenage sexual abuse victim who chose suicide over stigma flashed on it. Death educed nostalgia. I wistfully thought about our animated conversations in the car on the way to and back from school; we always had stories to share. I wanted her help; I wanted to let her know that her teenage brat wasn't okay — appearance and its appreciation, the need to look 'hot', had invaded and incapacitated my mind like a malignant tumor; disturbed and distraught, I couldn't acknowledge or apply my morale-boosting skills and strengths. But the wall of estrangement had become too lofty to climb over and too fortified to break down.

I heard their self-conscious albeit ill-restrained laughter from the other end of the classroom and walked up to the girls who had grudgingly befriended me. Sensing my arrival, laughing, they walked away from me. Guess today I'd be ignored even if I walked into a wall and disappeared. At their peak, I was the muse for their depraved amusement and at their nadir, they found ascension in my abasement. They are not completely to blame.

The two salacious classmates who sat in front of me had the habit of writing the names of all the girls in the class on the back page of one of their notebooks and passing it to all the boys in the class, asking them to rate the attractiveness of the girls on a one to 10 scale. One day, a student accidentally passed the notebook to me; I flipped to the last page with unrealistic optimism. I found my name, at last, on the list. I was ecstatic but I shouldn't have been. I silently returned the book with a wan smile, my classmate discerned that I had seen my score, a flattering -2.

Whilst I vented my frustration by popping a painful pimple, I realised that pinning my hopes of peer acceptance and popularity on my physical appearance was like waving one's hand and waiting for a bus that has already passed. The 'dashes' and 'twos' in my textbooks seemed to clump together and sneer at me. The shrill wail of my flailing confidence silenced me, I could neither fully be and express myself nor converse and connect with my classmates, even with the sensitive ones. Then one day we, the girls from the other end of the classroom and I, found each other. They befriended the timid to feed their delusions of grandeur and the timid befriended them to feed her delusions of acceptance.

Every time I glanced at his affable face, I felt flustered. The middle-aged driver my mother had hired to take me to school and bring me back home embodied our estrangement. He tried to strike up a conversation with me twice until I shouted at him with flagrant insensitivity. The dichotomy between my thoughts and action was unmistakable. I was unpopular, unloved, unattractive, and without friends. The last thing I wanted to do was to disregard someone who had treated me with regard.

"Sorry", I put my head down and remorsefully said.

"You looked upset when you got into the car, so I thought I'd just talk. I know that we don't know each other but — I am sorry", his voice seemed artificial and robotic; maybe it was because till yesterday concern and attention had neglected me.

"I understand that — peer acceptance — uff! If only I were half as good looking as you are or if my peers saw through my less than appealing physical appearance—that's how I remember being a teenager. You should have friends who can see you for who you truly are and with whom you can truly be yourself."

"I have one", I awkwardly quipped.

One day, as he recounted his experience of being unloved and misunderstood by his parents as a teenager, like the scalding steam that violently erupts from a fissure, my pent-up emotions erupted down my flushed cheeks. I cried, "I miss her — why doesn't she love me anymore? Who's there to love me and care for me? No one!"

He pulled over. His voice shuddered, and then became steady as he embraced me and said, "I understand; I know your pain. Never say that again, please — I care for you. I'll talk to your mother and make everything alright — everything"

Impassioned, he had unintentionally pressed his chest hard against mine and had accidentally stroked the lower part of my back. I knew that to misconstrue his heedful intentions as hedonistic would be an irreparable mistake, one that would push me out from the haven of appreciation, love, and respect into the blizzard of the ruthless world.

On the last day of my exams, we were traveling back home in the car, I was merrily humming a song that was playing on the radio and he would occasionally smile at me with amusement. He suddenly took the key out of ignition, I looked out the rolled up tinted window to see a strange and solitary place. The lyrics, "Don't you worry, don't you worry, child. See heaven's got a plan for you — Yeah" took on a sinister and sarcastic tone when he ran his nimble fingers up my leg and groped my throbbing thigh. The hand that covered my mouth, swallowed my scream, and the hand that pried my legs apart, regurgitated the familiar, frigid loneliness. His disarming facade came down as he forcibly slid my undergarment down.

In a tone that swayed between sympathetic and sadistic, he said, "Don't be scared, cupcake. In fact, you should be grateful! That '-2' wasn't your score, that was charity. Nobody can even lie to you that you are beautiful. As a favor, as your only real friend, I am going to do something that no man with an iota of self respect would ever do; I am going to touch you."

He made me trace the outline of his body. He wrapped himself around me and touched me, touched me so hard that when the cool air from the AC swathed my body, it burned and pricked. Then he inserted something inside me, thick, cold or warm, I couldn't distinguish. It had come inside empty handed but it came out of me with my innocence.

His foreboding voice beamed with the confidence I was desperate for, "I hope you won't complain because remember, my entry into prison will be marked by your retreat into seclusion. And who are you going to complain to, anyway? Your mother has practically disowned you! The police? They'll never believe you! They'll probably laugh it off and the cruel character assassination carried out by them will leave you feeling like the perpetrator. Your family, school, and society will promptly arrive, not to sweeten your sorrow, but to rub salt into your wounds. Oh, I forgot, I'll also anonymously create a Facebook page in your name and post nude photos of you on it, oh boy, what a laugh would that be! Even then if you irrationally decide to report, I will hurt everyone you unrequitedly love and care for. No one cares for you; I am the only one who acknowledges your existence. So, be a good girl, put your shirt back on, and smile!"

He was right. I couldn't talk to my mother. My father, well, he only appeared when my marks deteriorated. They trusted him. I knew I would be stigmatised and subjugated, and I didn't have the courage to choose suicide over stigma.

I curled up in bed. The setting sun had cast a shadow over me. I couldn't acknowledge that the only person, who loved me, abused me. If I did, it would taint my memories with him; it would besmirch the moments when two misunderstood people understood each other. I didn't know what to do. Something nudged me. I knew what to do. After the incident, I may have become depressed, disturbingly distrustful, overly afraid and apprehensive, and unable to maintain relationships, but I have a new friend. I decided to remain silent and silence became my friend in the shadows.

PM Deepak is a fellow human being who thinks that the way to the heart is through the mind. He believes that words have the power to change human minds and mindsets, and you can find him trying to exercise this power on his blog AchaeDin.