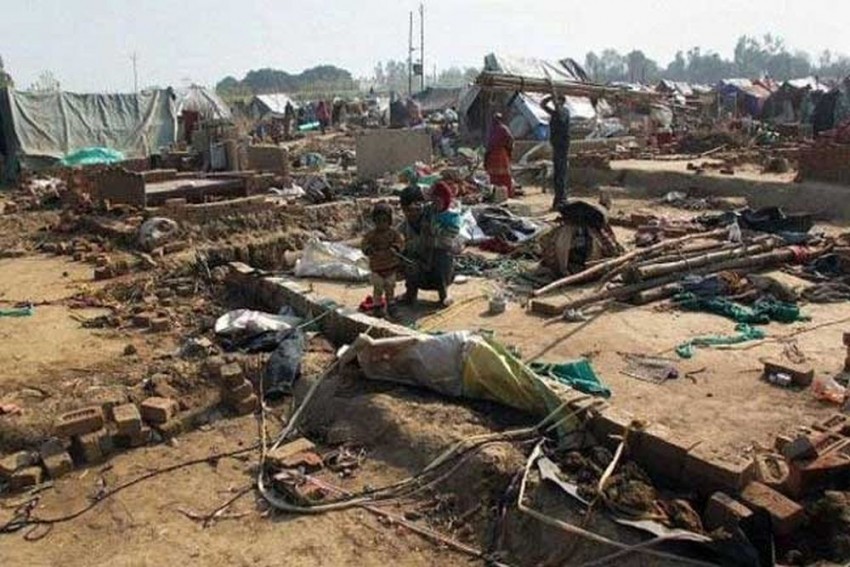 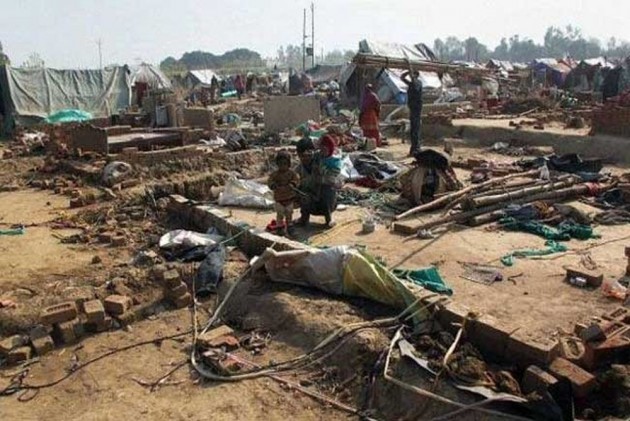 Some Hundreds of Muslim families in Uttar Pradesh's Shamli who were displaced during the 2013 Muzaffarnagar riots have alleged that the Yogi Adityanath-led government is only helping the Hindu families to get back to their homes.

One of the victims affected by the riots told ANI, "Only Hindu families are being helped to return to their homes. Aren't we human beings? Why is the government not thinking about us? We are not getting any help from the government."

Another victim too shared his ordeal, saying, "We are very poor. I escaped here to Shamli during the riots in Muzaffarnagar. I barely get some money through donations to feed my family. We are living in fear. The government is only helping the Hindu families to get back to their homes. We haven't heard from them about when we will return to our homes."

A third local alleged that the state government did not give any attention to the Muslim families even after five years, adding that he was helpless and wondered when he would get to return back to his home.

Former Kairana MP Hukum Singh had helped to rehabilitate 346 Hindu families from Kairana and Shamli to Muzaffarnagar on the orders of the Adityanath-led BJP government.

Hukum's daughter, Mriganka Singh, refuted claims that only Hindu families were being helped to return to their homes in Muzaffarnagar.

"The government is committed to bringing back all the sections of the society back to their homes. There is no discrimination in this. The claims of only Hindu families returning is false. We are trying our level best to ensure that all families are brought back safely," she said.

The clashes that took place in the Muzaffarnagar and Shamli districts between the Hindu and Muslim communities in August-September 2013 claimed 62 lives while injuring 93 others and leaving more than 50,000 displaced.

The riots took place over a minor altercation between Hindu and Muslim youths at Kawal village in Muzaffarnagar district.

Described as the "the worst violence in Uttar Pradesh in recent history," the 2013 riots saw the Indian Army deployed in the state for the first time in last 20 years.