Karunanidhi was a colossus of Dravidian politics, and was known for his command of the Tamil language, his atheism and his wit. He died in Chennai on August 7. 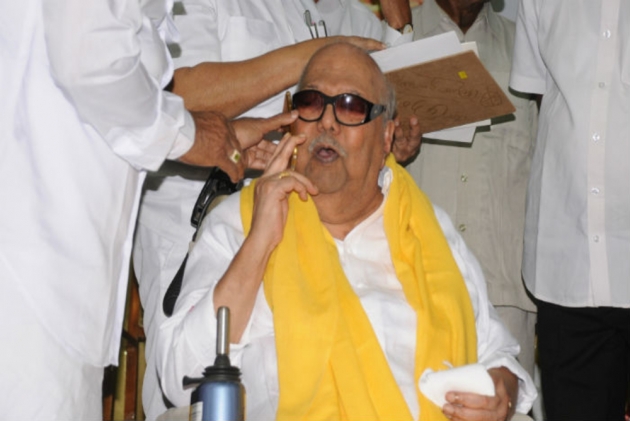 M K Stalin was elected chief of the Dravida Munnetra Kazhagam (DMK) on Tuesday at the party's General Council meeting.

Chants hailing Stalin as "Thalapathy" (Commander) rented the Kalaignar Arangam where the meeting was underway even as the General Council members cheered with loud applause.

Born as the third son of the Late leader M. Karunanidhi and Dayalu Ammal on March 1, 1953, Stalin was named after the Russian leader Joseph Stalin because the leader had passed away just four days his birth.

He joined the party as a 14-year-old and was elected to the General Committee of the party in 1973.

He was arrested under the maintenance of Internal Security act during emergency. Stalin was elected to the Tamilnadu Assembly five times since 1989. This is the sixth time that he has been elected for the Assembly from the kolathur Constituency. He is also the State opposition leader presently.

Stalin was also the first Deputy Chief Minister of the State in 2009. He also served as Chennai's mayor in 2001.

Founded by C. N. Annadurai in 1949, DMK was a breakaway faction from the Dravidar Kazhagam that was popularly known as Justice Party until 1944. This political outfit had been headed by Karunanidhi from 1969 until his death in August.