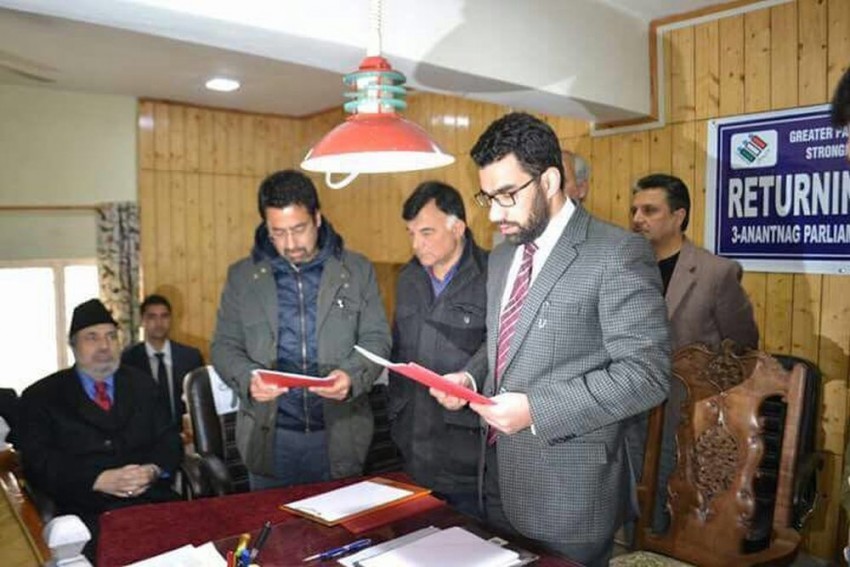 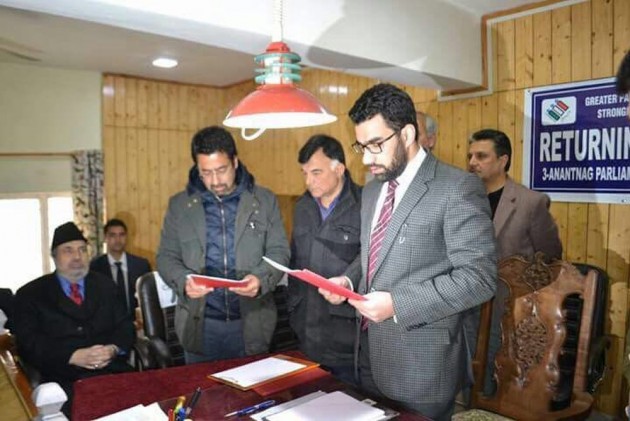 While Abdullahs are accusing the PDP and BJP combination for having vested interest in keeping Kashmir on boil, Chief Minister Mehbooba Mufti insists that her party’s agenda will be development and dialogue.

Abdullah described PDP a party of broken promises, saying it is used to making hollow rhetorical promises with the least intention of keeping their word.  “Spell out even one of the promises that has been kept”, Abdullah said in his address after Mir filed his nomination paper.

“The brazen betrayal of PDP’s promise to keep away the BJP from Kashmir was joining them to form the government”, Abdullah said while referring to PDP’s campaign during 2014 assembly and parliamentary elections against the threat of the Sangh Parivar making inroads in the Valley. But, once the elections were over, the PDP jumped all its demarcated lines and hugged the same party to be in alliance and in the government, he said.

In Srinagar Dr Farooq Abdullah, who is joint candidate of Congress and the NC for Srinagar constituency, Wednesday met deputations and workers at party headquarters at Nawa-i-Subah.

Dr. Abdullah called for a united front to foil “the machinations of communal and divisive elements” saying that the spirit of inclusiveness alone can steer Jammu and Kashmir out of the prevailing morass and political instability.

“PDP has volunteered to be RSS flag-bearer to trample the unique identity of Jammu and Kashmir and demolish its time-tested secular ethos”, Dr Abdullah said.

The bye-elections are taking place at a time when there is no thaw in pro-freedom protests, which erupted in the Valley after killing of a militant commander, 22-year-old Burhan Muzaffer Wani, last year.

Karra, who has joined Congress party, is campaigning for NC candidates.

Under constant attack from the opposition for her government response to 2016 unrest, the PDP president and Chief Minister, Mehbooba Mufti, said that vote for her party would be an endorsement for transforming Jammu and Kashmir through dialogue and development and getting the State out of the present crisis.

She was talking to her party workers in Srinagar.

Mehbooba said these elections would be an endorsement of party’s agenda of initiating political dialogue in the State, resumption of friendly ties between India and Pakistan, opening of more Cross LoC routes, facilitating more and more people to people contacts besides providing good governance to people.