In an attempt to preserve the stories of her childhood and the art of storytelling, Angmo turned to images and words, a method traditionally alien to Ladakhi culture, to bring to life the story of the Dungjonma who’s no more a witch, but a flying superhero. 26-year-old Jigmet Angmo, an artist based in the picture-postcard town of Leh, whose first graphic novel, Dungjonma and her Innovative Ride, was launched by the Ladakh Arts and Media Organisation (LAMO) in June this year.
Arshia Dhar 2018-09-30T15:16:05+05:30 Meet Jigmet Angmo, Ladakh's First Graphic Novelist A row of cobbled streets bustling with people, colours, happy sounds, and smells of piping hot noodle soup takes you to narrow alleys up a steep slope leading in to an ancient nine-storey palace atop a gray hill. The palace hides secrets of fairies and monsters; its walls guard folklores of witches and wizards, all whispered through generations and barely written down, until the 'Dungjonma’ (a man-eating witch from Ladakhi lore) came flying on her magic beam and told the age old story (with a twist) to a universe of readers who never had a graphic novel from their hometown.

Meet 26-year-old Jigmet Angmo, an artist based in the picture-postcard town of Leh, whose first graphic novel, Dungjonma and her Innovative Ride, was launched by the Ladakh Arts and Media Organisation (LAMO) in June this year. Also available on Amazon, the story by the first graphic novelist of Ladakh is woven around a centuries old local folktale of a witch, who pulls out the dungma or the main wooden beam of people’s houses, and rides on it while hunting for her prey. In an attempt to preserve the stories of her childhood and the art of storytelling, Angmo turned to images and words, a method traditionally alien to Ladakhi culture, to bring to life the story of the Dungjonma who’s no more a witch, but a flying superhero.

Speaking to Outlook’s Arshia Dhar, Ladakh’s first graphic novelist talks about growing up in the shadow of the mighty Leh Palace, the charms of the old part of town, and the experience of having her first “fan moment” on Instagram. Excerpts:

Why did you want to base your story on a Ladakhi folklore and not something else?

I had this idea in my mind ever since I was pursuing an animation course in Delhi. There was a seminar that I once attended where we were told about an artist who made graphic novels from a folklore, so that really inspired me. But nothing materialised until I came to the Ladakh Arts and Media Organisation here in Leh, which was after a huge gap of four or five years, and then I started interning with them in 2016. The old town of Leh and its alleys are just so fascinating to me. Even though I have been there when I was a child, this time it was very different, especially after I came back from Delhi. I wanted to do something with our language, the architecture and the history of Leh. And soon after I met Tashi Morup (Projects Director at LAMO) who’s a brilliant storyteller who would tell me stories of the cobbled lanes of the old town. I then attended a script lab at LAMO and all of this snowballed into my first graphic novel. 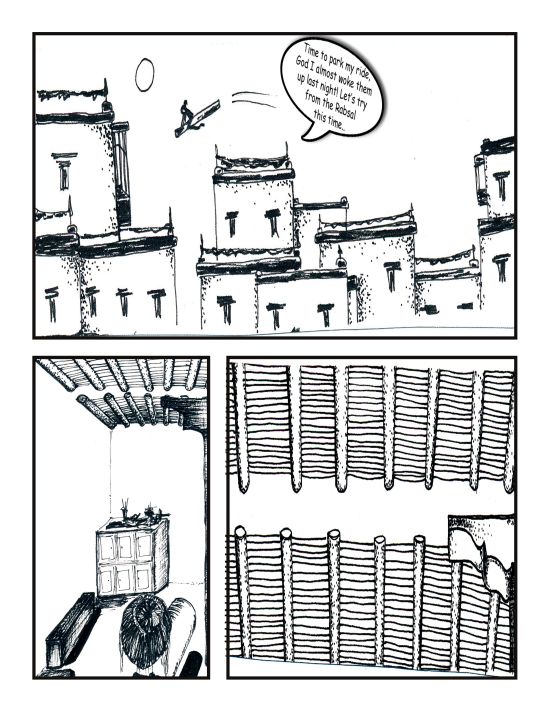 What got you interested in taking up the arts professionally, especially in a society where one is traditionally encouraged to go for more conventional jobs?

So I started off with an English Honours from Delhi University. But then I did not take to it at all. I wasn’t feeling anything while studying that subject. I have always been into art so I don’t know why I took up English in the first place, maybe because I scored better marks in it than in any other subject. But after a year I just couldn’t continue. So it was my father who suggested that I should go for something like animation, because he is also into filmmaking as a hobby.

How easy or difficult is the process of thinking of a story in a graphic novel format?

I think it’s easier to make a graphic novel as compared to writing a novel, which I have no experience of. That’s mainly because the story is much shorter, but the difficult bit is the illustrations, especially because you have to maintain a consistency in the look of the character and elements in every panel. But I don’t have or follow any rules for my illustrations. I always had the character in the back of my mind while making it. And to be honest, it turned out much better than my expectations.

Are you yourself a fan of graphic novels? What were your biggest sources of inspiration for the style you used?

There were these bookstalls in Daryagunj (in Delhi) that kept amazing graphic novels at very cheap rates. I used to visit them. If you ask the stall owners they’d take you down to their godowns and you could fish out some comic books and graphic novels. My friend, Jigmet Wangchuk, who’s also an artist, does very detailed artwork similar to mine, but I feel his work is so much superior. He really influenced me. Apart from that some old comic books and graphic novels that I found in the LAMO library also stayed with me. The style I used is a combination of hatching, cross-hatching and stippling. However, I wanted my illustrations to be colourful, but since this was my first book and there were some budgetary constraints, we discussed this at LAMO and decided to go for a black-and-white approach. Hopefully, the next one will be in colour! 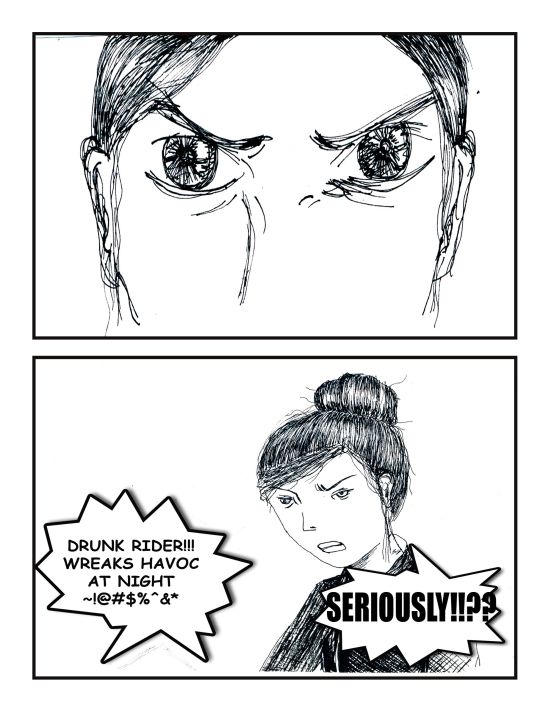 Do you have plans to take your work to a larger audience beyond Ladakh?

I really haven’t thought about it because I honestly didn’t expect it to be so well received. But of course, if I could ever get a chance it would be amazing. I actually had plans of doing quite a few things after the launch, but then just the day after the launch I broke my leg and I was in the hospital for a month. So everything had to be pushed back. However, when it comes to my audience, I wanted it to be for all ages, but a little inclined towards the kids. One of my main purposes was to focus on the Ladakhi architecture so that kids could know more about it.

What is the future of artistes in Ladakh? Are there more your age doing the kind of work you’re doing?

Firstly, this kind of art is quite new to Ladakh. There are only a handful of artists who are doing painting and sculpting, but there are no other graphic novelists. So the reaction to my book was also pretty amazing. Right after my launch I saw on Instagram that there was this kid who really liked Dungjonma and had put it up on Instagram stories. So it was like a fan moment for me. Moreover, it was by a kid so it was a genuine thing. 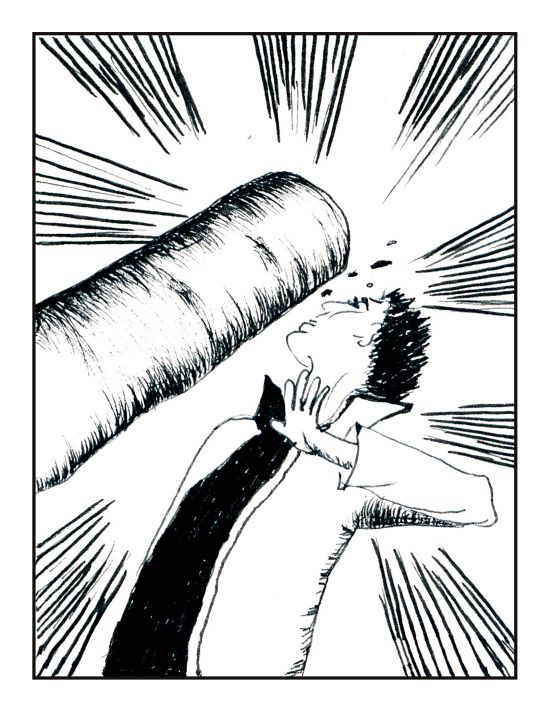 So what happens next, in your story and Dungjonma’s?

I am developing a part two now, I have just started. So in the original folklore, the source of the woman’s power is not mentioned. I was thinking of going back in the timeline and doing something on how it all started. So the second part’s main plot is probably about how she found her powers and how she knew she could fly the dungma or the beam. And when it comes to me, I want to try other forms of art as well. I do watercolours too. I recently had a small exhibition at LAMO at the same time as the launch so there’s a lot to explore. But ultimately, I think I want to be known as a graphic novelist. There’s just a lot of potential in Leh — everytime I listen to some storyteller, some old people, I keep getting so many ideas and so much inspiration. Sometimes it gets hard for me to contain so many ideas. And I am very glad there’s a place like LAMO. I want to be based in Leh because I think Leh is good for me.