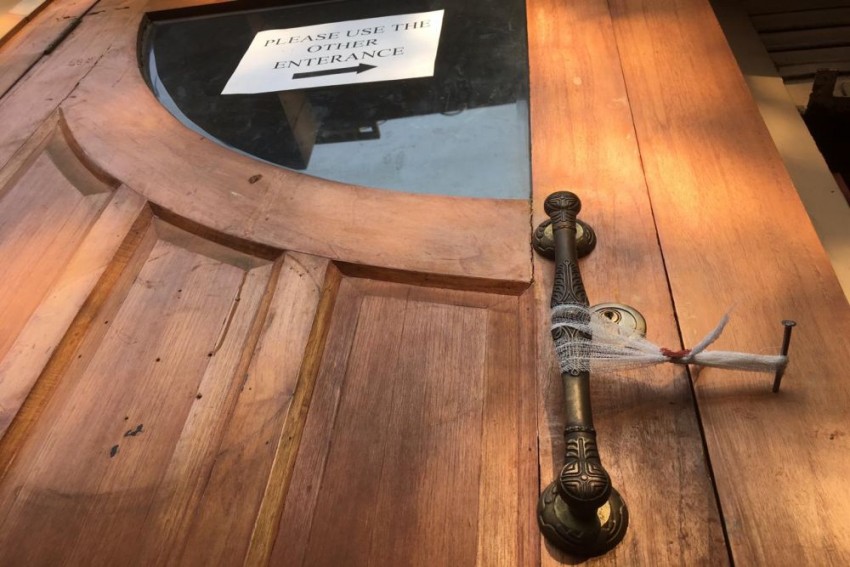 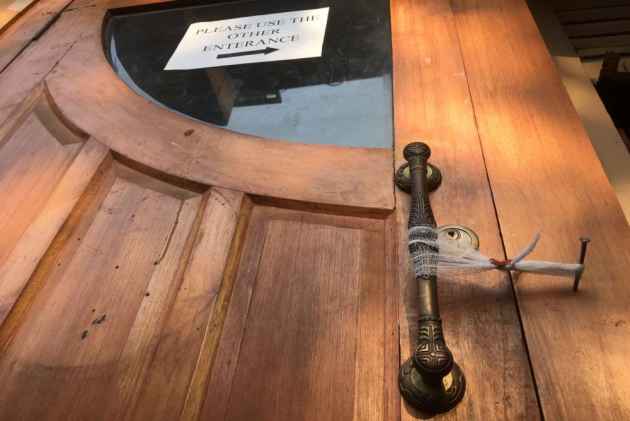 As many as 51 commercial units in the posh Defence Colony Market in south Delhi were sealed on Friday for "not depositing" conversion charges as per provisions in the city's Master Plan 2021, the South Delhi Municipal Corporation said. In a statement, the SDMC said, members of a Supreme Court-appointed monitoring committee, Bhure Lal and KJ Rao, were present during the sealing action.

"Both the members today reached the Defence Colony at 11 AM and instructed for sealing the first floor and above situated commercial units in buildings, from 1 to 51, as none of them had deposited conversion charges," the SDMC said in the statement.

The action was taken pertaining to all floors except the ground-storey.

"It may be recalled that the Defence Colony area was earlier known as shopping-cum-residential complex wherein ground floor was meant for commercial activities and first floor for residential purposes.

"After coming into force of the Master Plan 2021, the market was termed as local shopping centre; (owners) of the first and second floors were allowed to open commercial units on one-time payment of conversion charges at the rate of Rs 89,000 per sqm.

"It is understood that commercial units are being run in the South Extension, Green Park, Hauz Khas and Greater Kailash Markets," the civic body said.

Most of the commercial units at first and second floor had not deposited conversion charges though the civic body was pressing hard to do so, it alleged.

All of Defence Colony Market gone in one afternoon. MCD sealing drive has shut down all shops/restaurants. pic.twitter.com/CopjCGY6JV

Many shop owners, however, alleged that the police stormed the marked on Friday afternoon and started shutting down the shops without prior notice.

Was out shopping in Def col market, and it appears the authorities are clamping down and sealing shops WITHOUT A COURT ORDER. pic.twitter.com/gzOPCcjzJh

“Respected CM ji,we are occupants of Defence Colony market where MCD guys have come in today with police force and are sealing first , second floors ..without any notice....we seek your urgent help and mercy,” shop owner wrote on Twitter.

@ArvindKejriwal Respected CM ji,we are occupants of Defence Colony market where MCD guys have come in today with police force and are sealing first , second floors ..without any notice....we seek your urgent help and mercy

A shopowner in the market said the MCD had asked for the conversion charge in 2010 for which shopowners had already paid the amount. "I have already paid more than Rs 6 lakh to the corporation," he said.

'There were more than 200 police personnel. No official wanted to speak to us. We didn't even know the officials are from MCD or NGT," he said updating the situation.
VIDEO: VIJAY PANDEY; EDITING: SURAJ WADHWA

The Delhi Pollution Control Committee (DPCC) had sealed 21 restaurants on September 23 for violating pollution norms. in Hauz Khas.
The sealing drive, which came following an inspection order from a division bench of acting Delhi High Court Chief Justice Gita Mittal and Justice C Hari Shankar based on two PILs, has left over 700 people jobless.
According to the petitioners, social activist Pankaj Sharma and advocate Anuja Kapur, many restaurants and bars in the Village have been running without approvals and certificates from authorities like Fire Department.
The court had observed that HKV was a 'ticking bomb'.

Support For Terror Outfits Must Be Forced To Stop: India At United Nations