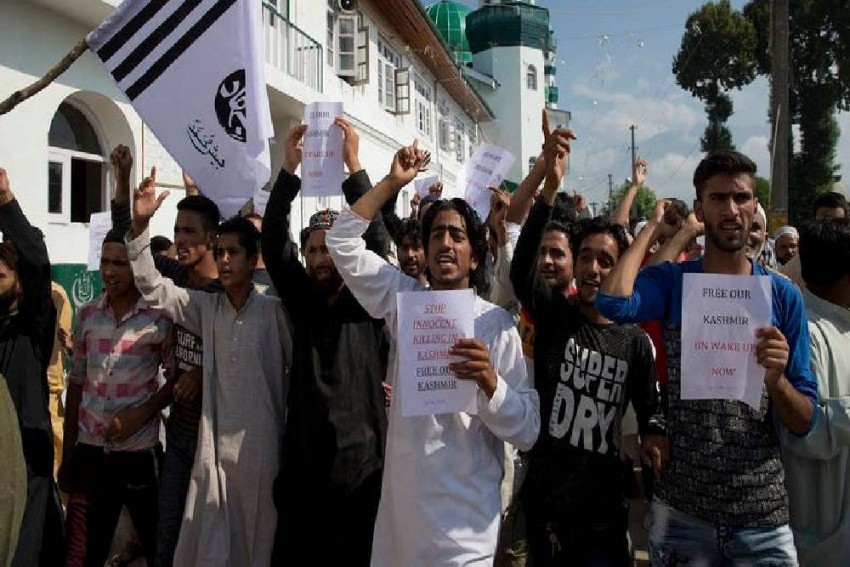 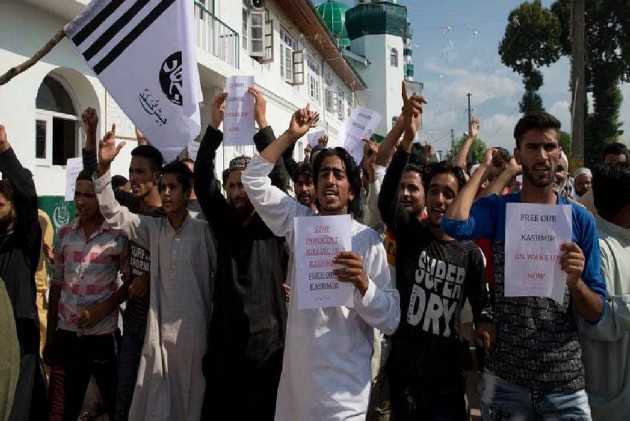 Jammu and Kashmir Police on Wednesday arrested Hyat Ahmad Bhat, who is believed to be the brain behind the unrest in Soura on the outskirts of the city, which has remained out of bounds for the security forces.

Terming it an important development, the police said a swift operation was launched by a team led by a deputy superintendent of police in the Anchar area on the outskirts of the city to nab Bhat.

After being nabbed, he was interrogated as he is alleged to be the brain behind the violent protest in the area, which has remained out of bounds for security forces since August 5.

The police alleged that Bhat was "instrumental" in mobilising "miscreants" in and around Jenab Sahib Soura on Srinagar-Leh highway.

On August 6 and 7, protests in the area were highlighted by the international media leading to stringent restrictions in and around.

Formerly affiliated with Muslim League, Bhat was earlier booked two times under the stringent Public Safety Act as there were 16 cases registered against him pertaining to law and order disturbances.

The police have registered three fresh cases against him this year at Soura police station for his involvement in "subversive" activities.

People in Soura locality have dug up roads and barricaded all the entry and exit points so as to keep the security forces from entering the neighbourhood. Frequent protests and demonstrations have been reported from this area since August 5.

The locality became a talking-point in the international media after it emerged as the only area where violent clashes between security forces and protesters took place frequently.

'Where Is The Order?': SC Raps Centre For Not Producing J&K Communication Gag Order