Devendra Fadnavis' word comes a day after Sena president Uddhav Thackeray said that both parties will contest the elections in an alliance and an announcement on the seat-sharing formula will be made soon. 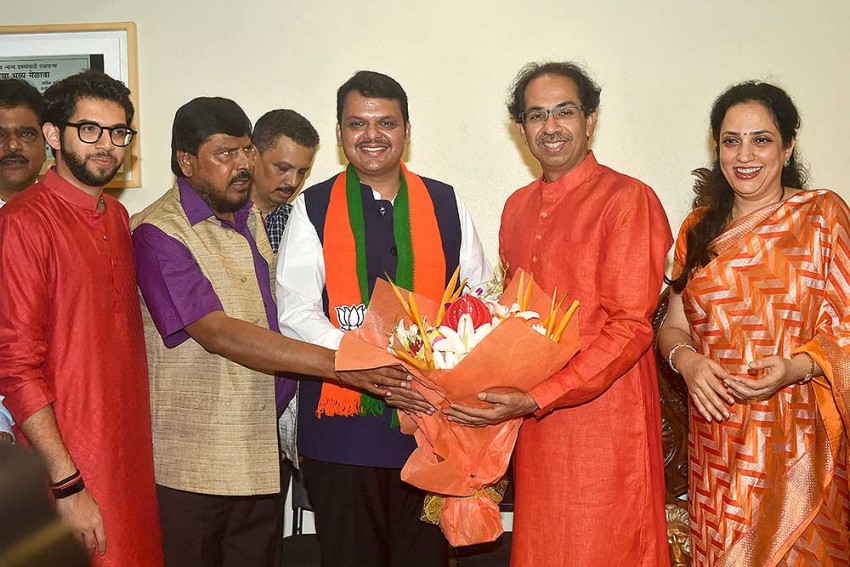 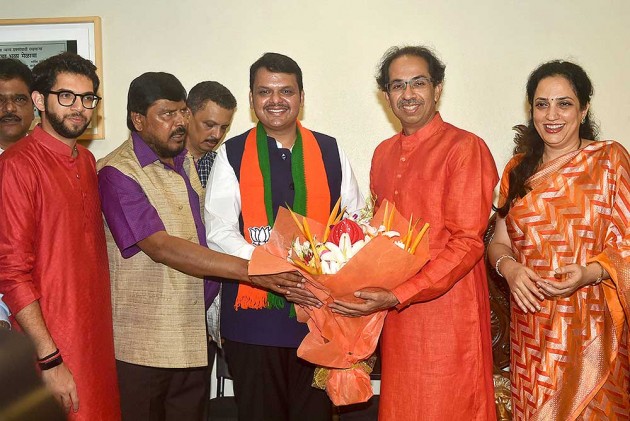 Maharashtra Chief Minister Devendra Fadnavis on Saturday said the BJP and the Shiv Sena will contest the next month's Assembly polls together. The CM also exuded confidence that he will retain the post after elections.

He dismissed media reports that the BJP will contest 162 out of total 288 seats and the Sena 126.

Fadnavis' remarks come a day after Sena president Uddhav Thackeray asserted that both the parties will contest the elections in an alliance, and that an announcement on the seat-sharing formula will be made in a couple of days.

Maharashtra will go for a single-phase election on October 21. Counting of votes will be taken up on October 24.

"I am saying with no uncertainty that we will contest the Assembly polls along with Shiv Sena. The seat-sharing talks are still on, do not trust the reports," Fadnavis said while speaking at the "India Today Conclave 2019".

Referring to the Sena pitching for equal sharing of the 288 seats, the chief minister said all details about the seat-sharing arrangements will be formally announced at a press briefing.

To a question, Fadnavis said the BJP did not dictate terms to the Sena and that decision between them are taken "amicably".

On Sena's criticism of his government through party mouthpiece "Saamana", Fadnavis quipped, "I don't read Saamana".

He said all the decisions taken by his Cabinet were "unanimous" with the support of Shiv Sena ministers.

"No Shiv Sena minister had a second thought about any of the decisions in the last five years (since BJP-led government came to power). So, we are not concerned about what happens outside," he said in an oblique reference to 'Saamana'.

Responding to a query on whether he will get another term as the chief minister, the CM retorted: "Do you have any doubt"?

He also said the decision to appoint Yuva Sena chief Aaditya Thackeray as deputy chief minister, in the event of the NDA government returning to power, will be taken by the Sena.

"He is fanning out parts of the state, trying to understand issues pertaining to Maharashtra. I welcome his decision to join active politics, I take it positively. He has
to lead Shiv Sena one day. He is going through the process," Fadnavis said.

The chief minister further said people believe the BJP will retain power, and added he will work in Mumbai.

Questioned about the talks of him joining the national politics, Fadnavis said the BJP decides task for him.

The BJP and the Sena had contested the 2014 Assembly polls independently.

The BJP had emerged as the single largest party winning 122 seats while the Sena pocketed 63 seats.

Later, both parties came together to form the government.