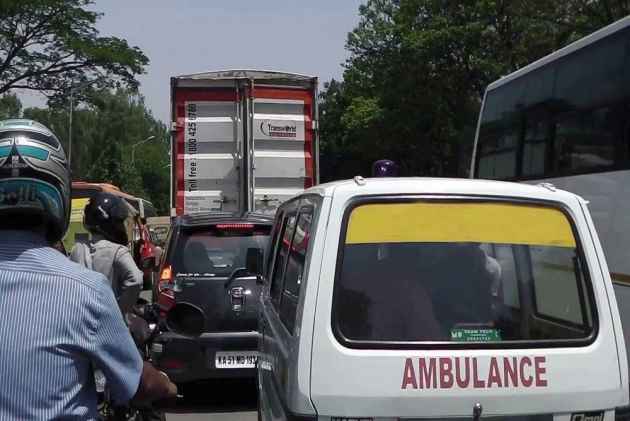 A one-and-a-half-year-old girl stung by a poisonous scorpion died after the ambulance carrying her was stuck in a traffic jam caused by a wedding procession near Damoh's Ghanta Ghar area in Madhya Pradesh.

"There was so much traffic that there was no place for the ambulance to move. My daughter was still breathing when she was inside the ambulance, but eventually died due to traffic," the grieving father of the girl told ANI.

According to ANI reports, the ambulance which was carrying the toddler was stuck for half an hour in the traffic.

The father of the girl said that nobody paid heed to their plea even after they asked the people to move away.

"The girl was brought to the hospital and we were told that there was a wedding procession on the way that did not let the ambulance to pass through," the doctor of the District Hospital, Divankar Patel told ANI.

The state Inspector General Satish Chand Saxena said appropriate action will be taken against the accused after the incident provoked outrage.

"Have taken cognisance of the incident and will initiate action. We will ensure vehicles and ambulances get a clear way during such processions in the future," ANI quoted Saxena as saying.