Modi Govt must reassure Pakistan that the purpose of forming a coalition with the PDP in J&K was not to cut Pakistan out of the search for a solution. 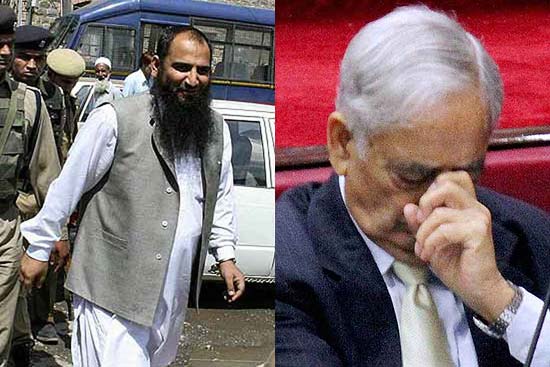 Barely eight weeks after he was sworn in, Mufti Sayeed's political programme for restoring a lasting peace in Jammu and Kashmir is in imminent danger of failing. A series of misunderstandings, magnified by the media, have ensured that neither he, nor the BJP central command, have been able to allay the ingrained suspicion in their respective political constituencies that they have sold out their principles for the sake of power. Their mutual distrust was exacerbated first by the release of stone-pelting mastermind Masarat Alam, then by the premature attempt to acquire land for Kashmiri Pandits' dwellings in the valley, then by the re-arrest of Masarat Alam, and finally by Union Home minister Rajnath Singh's claim that he had got it done.

In the orgy of mutual recrimination no one has noticed that Pakistan has abandoned its policy of non-intervention in Kashmir and is now intervening energetically in its internal politics. This change of stance has taken the PDP, and possibly New Delhi, by surprise. Mufti had insisted from the beginning of his talks with the BJP that if Kashmiris were to know lasting peace both the Hurriyat and Pakistan had to be a part of the resolution of the Kashmir dispute. The very first clause of their Agenda for Alliance had therefore stressed that its purpose was "to form a coalition Government that will be empowered to catalyse reconciliation and confidence building within and across the Line of Control (LoC) in J&K".

But Pakistan's distrust of India is too deep seated for it to take such declarations of intent seriously. If the coalition was a success it's policy makers seem to have reasoned, it will not only bridge the Jammu and Kashmir divide, but also to a great extent the divide between Hindus and Muslims on which Pakistan's claim to Kashmir rests. It has therefore embarked on an attempt to break the coalition or, failing that, to discredit Mufti as a tool of New Delhi in Kashmiri eyes. The surest way to do that is to provoke confrontations with the police, raise the level of tension in the valley, and force the state government to bring back the curfew Raj that had so completely discredited both Delhi and the National conference government in the 1980s and '90s.

The release of Masarat Alam, and Geelani's return to the valley, gave it the instruments it was looking for. Masarat Alam has claimed, in numerous TV interviews before he was sent back to jail, that he had nothing to do with the hoisting of Pakistani flags. This was only a manifestation, he said, of the prevailing sentiment in the valley. What he did not tell his interviewers was that, prior to the reception, he had spoken to handlers in the Pakistan army's Inter Services Intelligence 18 times for a total of 47 minutes. It is these intercepts, and not just his presence in the midst of a Pakistan flag waving, green ribbon sporting band of Kashmiri youth as they marched to the reception venue, that led to his re-arrest.

Since then the ISI has been using both inducement and threats to break the Hurriyat (Mirwaiz) and make its member organisations and parties join the Hurriyat (Geelani). Bilal Lone, a key member of Hurriyat(M)'s executive council, has refused to budge, so it has put him on its hit list, as it had done his father.

There is a second reason for Pakistan's volte face. This is the abrupt breakdown last year of the dialogue for peace that had been begun by Atal Behari Vajpayee in 2003, and revived after the 26/11 attack on Mumbai by Dr. Manmohan Singh in 2011. With the diplomatic process closed Pakistan felt it had no option but to keep the issue open 'by other means'. But it would have found the Kashmiri soil extremely rocky if the Modi government had not simultaneously broken communication between the Hurriyat (M) and Pakistan. This public, and humiliating, repudiation by India of the interlocutor's role it had enjoyed since after Musharraf cut his links with Geelani during his Delhi visit in 2005, dealt a severe blow to the Hurriyat (M)'s standing in Kashmir and opened the way for Pakistan to resurrect the Hurriyat (G). That is what it has asked the ISI to do.

Pakistan would have had little chance of doing this if Delhi had not convinced itself that militancy is dead in Kashmir. This self-serving deceit, first peddled by the intelligence agencies after the 2008 elections, has blinded two successive regimes to the need for reconciliation and atonement in Kashmir. It has allowed them to convince themselves that Kashmiris have forgotten the dozen or so years of violence that preceded the 2002 elections and the nearly 50,000 officially recorded civilian deaths that took place in these years ( the 'separatists' count is much higher). Granted that the militants, and infiltrators from Pakistan, were responsible for a third of these deaths, the fact nevertheless remains that fifty thousand families have their lost loved ones and now bear scars on their psyches that will never completely heal.

But it is not in human nature to grieve forever. The Manmohan-Musharraf framework agreement had given Kashmiris hope, so they were prepared to wrap up their grief, lock it in a closet in their hearts, and start living again. On April 7, 2005, when the first bus from Muzaffarabad crossed the Kaman post bridge across the Jhelum, the road was lined in every village and town with gaily bedecked men , women and children laughing, cheering and singing. Security was forgotten. In Baramulla soldiers of the 'Dagger' infantry division assigned to road protection had given up the task and were mingling freely with the crowd. For the first time in my numerous visits to Kashmir since 1990, I found that the women were no longer afraid of the soldiers.

The failure to consummate the Manmohan-Musharraf agreement in 2007 dealt a severe blow to Kashmiri hopes, but did not altogether extinguish them. Hope survived even the return of curfew raj, police firing and (Kashmiris are convinced) rigged elections, in 2008. But the killing of youth labeled as militants for prize money at Macchil, and the subsequent death of 112 stone pelting youth at the hands of the police in 2010, dealt reepted blows to it and despair gradually set in.

The final blow was the denial of clemency, and surreptitious hanging, of Afzal Guru in 2013. In most Kashmiris' eyes Guru was a patriot, albeit many considered him a misguided one. Therefore Delhi's determination to treat him purely as a terrorist who deserved no clemency convinced them that it was not willing to even acknowledge the existence of Kashmiri ethno-nationalism, let alone seek to accommodation with it.

Human beings also cannot live with despair, so sooner or later, it starts to translate itself into rage. The rage is concentrated in a new generation of well educated, highly politicised Kashmiri youth, and a hard core of Islamist youth emerging from the Jamaat and the Ahl-e-Hadis. These young people almost certainly know the futility of taking on the Indian security forces. But, denied every avenue for hope, and every avenue for political dissent, raising pro-Pakistani slogans and flags has once again become a way of venting their rage against Delhi. Their numbers are small, but the fact that they make up substantial segment of the youth seems to have convinced Pakistan that time is on its side in Kashmir, and made it repudiate the Musharraf-Manmohan agreement.

Islamabad too, one suspects, knows that it cannot snatch Kashmir away from India by force. It certainly cannot afford to open a second front against India when it is fighting a life and death struggle against the TTP and other sectarian terrorist groups in the west. But, as the statement of its spokesperson Tasnim Alam after Masarat Alam's re-arrest shows, responding to pro-Pakistan demonstrations in Kashmir is a conditioned reflex. Suppressing it will elicit surprise in its people, and alienate the Jamaat-ud-Dawah, parent of the Lashkar-e-Toiba, the only powerful terrorist group that is still somewhat under it's control. That is a risk the Nawaz Sharif government must wish to minimise.

This is the impasse from which Mufti Sayeed was trying to pull Kashmir out before ISI's actions opened his eyes. However reluctant he may have been at first, he has taken firm action against Masarat Alam, and will doubtless do so again when necessary. But Kashmir cannot be ruled with the stick alone. Nor can Mufti offer its people the carrot of reconciliation on his own. In this the Modi government needs to play an equal if not greater part. It must not only help Mufti to give the people good governance and economic development, but also resume the political dialogue with the Hurriyat (M) and Islamabad. It must reassure Pakistan that the purpose of forming a coalition government with the PDP was not to cut Pakistan out of the search for a solution but to pick up the threads where they had fallen after Musharraf's fall from power. No matter what Pakistani spokesmen say in public they know that it is the only way ahead for them, as it is for India.

All Came To Naught