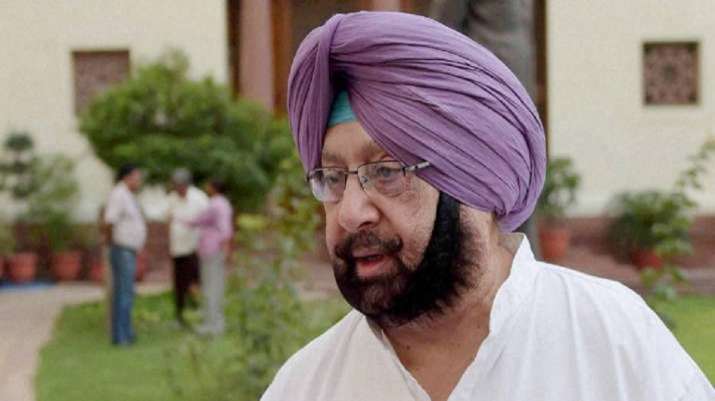 Following the resignation of Captain Amarinder Singh as the Chief Minister of Punjab, the MLAs' meeting scheduled for Sunday at 11 am to select the leader of the legislature party has been cancelled. Now the announcement of the new Chief Minister will be done directly by the Congress High Command. Congress President Navjot Singh Sidhu has also jumped his name in the race for CM between Sunil Jakhar, Sukhjinder Randhawa. According to sources, Sidhu has conveyed his intention to become the chief minister to the high command.

After the meeting of the legislature party which lasted till late Saturday evening, Sidhu has intensified the lobbying to be elected CM after meeting several MLAs. Sidhu clearly told the MLAs that he should be made CM, the government will run according to the MLAs. Here, in a hotel in Chandigarh, MLAs meeting with state in-charge Harish Rawat and supervisors Ajay Maken and Harish Chaudhary continue to come and go.

Congress Legislature Party meeting passed a resolution on Saturday urging party president Sonia Gandhi to decide on the next leader of the legislature party. The name of the new Chief Minister can be announced by this afternoon.

After Captain Amarinder, who is in the race to become the Chief Minister:

Two months ago, Sunil Jakhar, who was removed from the post of Punjab Congress President and Navjot Sidhu was made the President, the same Jakhar is at the forefront of the CM race today. Former Pradesh Congress Committee chief Sunil Jakhar is being named as a possible CM. If Jakhar becomes the chief minister, it will be the first time since the reorganization of Punjab in 1966 that a Hindu face will become the chief minister in the state. Ram Kishan was the last Hindu chief minister to serve a two-year term from 1964 to 1966. Sunil Jakhar, son of Lok Sabha Speaker Balram Jakhar, has been an MP from Gurdaspur and MLA from Abohar.

Navjot Singh Sidhu, who assumed the presidency of Punjab Pradesh Congress Committee two months ago, is now eyeing the CM's chair. For this, Sidhu has intensified his advocacy in front of the high command. Sidhu, who was a cabinet minister in Captain Amarinder Singh's cabinet for two years, resigned from the ministerial post in July 2012 after getting angry with the captain. Sidhu managed to get the post of state Congress president amidst strong opposition from Amarinder and now he has managed to remove Captain from the post of Chief Minister. A 3-time MP from Amritsar Lok Sabha constituency and a member of the BJP nominated to the Rajya Sabha, the 58-year-old is the youngest face in the race for the chief minister's post.

In the outgoing cabinet of Captain Amarinder Singh, Minister for Prisons and Cooperation Sukhjinder Singh Randhawa (62) is a three-time Congress MLA from Gurdaspur district in Majha region of Punjab. He became an MLA in 2002, 2007 and 2017. He has been the vice-president and general secretary of the state Congress. His family has also been associated with the Congress. His father, Santokh Singh, was a two-time state Congress president and a very famous figure in the Majha region.