Law Not Faith Run The Country, Says Opposition On Bhagwat's Remark That Ram Mandir In Ayodhya 'Matter Of Faith'

"Mr. Bhagwat is not above the Supreme Court and country is run by the constitution and not by faith," 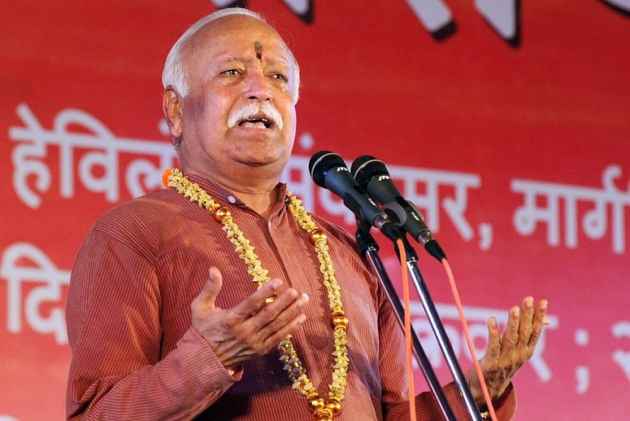 The opposition party criticised Rashtriya Swayamsevak Sangh (RSS) chief Mohan Bhagwat statement over his remarks on Ram Temple, saying that the chief is not above the Supreme Court and that the country is run by the Constitution and not faith.

"Mr. Bhagwat is not above the Supreme Court and country is run by the constitution and not by faith," Nationalist Congress Party (NCP) leader Nawab Malik told ANI.

Criticising the RSS chief and BJP Malik said, Prime Minister Narendra Modi is losing his grip in the country, while the BJP is losing faith of the public.

"BJP Is losing public faith and that is why the Ram Mandir issue has been raised by BJP and sangh parivar," he added.

He further stated that the matter is before the Supreme Court and the verdict of the highest court should be binding on everybody.

Echoing the same thoughts, Congress leader Virendra Kumar Madan said that the web of lies created by the BJP and RSS has been broken.

"The people of Uttar Pradesh and the whole nation have understood their false promises. Both RSS and BJP think that their land is slipping from their hands and hence are giving such controversial statements," he added.

Madan also said that whenever the elections come near the BJP start giving out such statements.

"This is a political and electoral agenda," he added.

Yesterday, RSS chief Mohan Bhagwat said only Ram Temple will be built at the Ram Janmabhoomi in Ayodhya and that it was "not a populist declaration but a matter of faith".

Raking up the controversial Ayodhya matter, the RSS chief said, "The Ram temple will be built at the Ram Janmabhoomi and nothing else will be constructed on that land. It will be built using the same stones and under the leadership of people who fought for it for the last 20-25 years."

While addressing a gathering at the Vishwa Hindu Parishad's (VHP) 'Dharma Sansad' in Karnataka's Udupi town, Bhagwat said, "We will construct it. It is not a populist declaration but a matter of our faith. It will not change."

He said that after years of efforts and sacrifice, it (building the Ram temple) seemed possible now, while also noting that the matter was in the court.(ANI)