The Special Investigation Team (SIT) probing the case has decided to complete the interrogation by Friday. 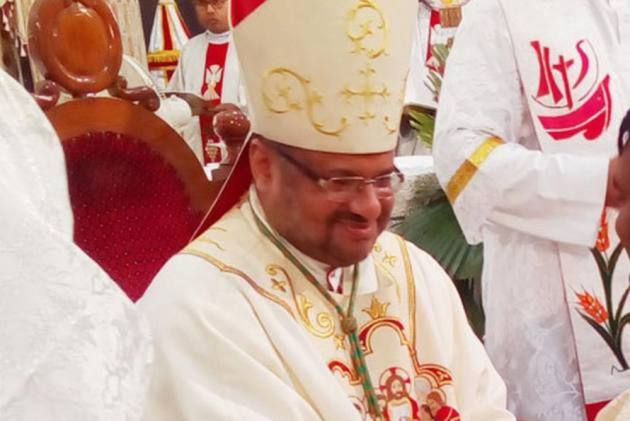 Bishop Franco Mulakkal, who has been grilled by the Kerala Police over allegations of rape and unnatural sex levelled by a nun, on Friday reached the Crime Branch office in Thrippunithura for questioning for the third day.

The Vatican had Thursday divested Mulakkal, who was the bishop of the Jalandhar diocese of Missionaries of Jesus despite shedding his administrative role, of his pastoral responsibilities "temporarily".

Kottayam Superintendent of Police Hari Sankar has said the Special Investigation Team (SIT) probing the case has decided to complete the interrogation by Friday.

The former bishop, who was grilled for more than eight hours Thursday, was directed to be present before the investigation team by 10.30 am on Friday. He, however, reached at 10.40 am from a five-star hotel in Kochi for the interrogation amid tight police security.

Police have sought a legal opinion as to whether Mulakkal, whose anticipatory bail plea is pending before the high court, can be arrested.

After the interrogation, the police had said verification was required in matters so far placed before the investigation team and that will be completed by Friday morning.

Amid the continued outrage over the alleged sexual assault of the nun, the Catholic Bishops' Conference of India (CBCI) said Thursday Pope Francis had temporarily relieved him of his pastoral responsibilities, a decision that was welcomed by the protesting nuns who termed the development as the "first victory" in their fight against the former bishop.

Mulakkal has been accused of repeated rape and sexual assault by the Kerala-based nun of Missionaries of Jesus Congregation of the Jalandhar diocese, but he has denied the allegations.