The India Meteorological Department (IMD) has also said that no heavy rainfall is expected in the state for the next few days. 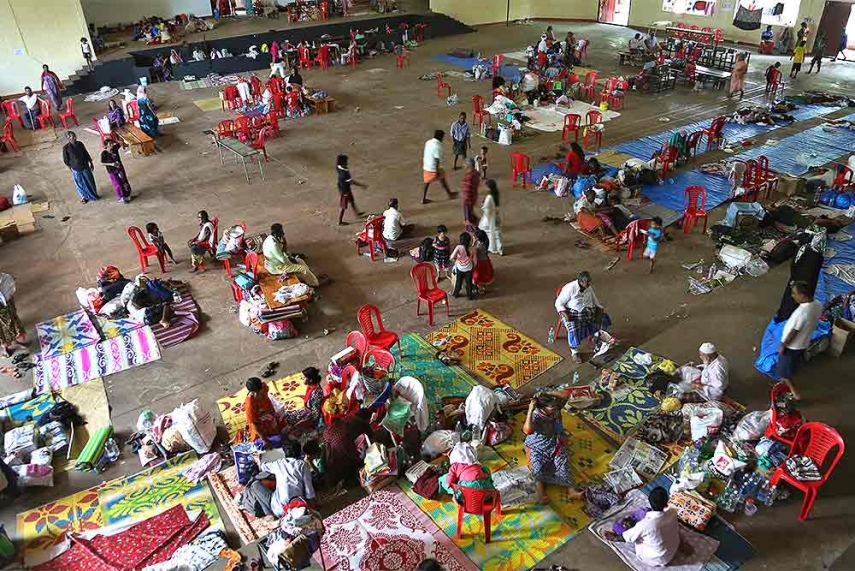 With operations to rescue stranded people from flood-affected areas nearing a close, the Kerala government on Wednesday turned its attention to cleaning of houses and public places which were damaged in the unprecedented rains which ravaged the state.

According to the Disaster Management State Control room, 231 people have lost their lives and 32 are missing in flood-related incidents since August 8.

A total of 41 teams of National Disaster Response Force (NDRF) are still deployed in Kerala to assist the state administration in rescue, relief and rehabilitation work and to respond in emergency situations.

On Tuesday, NDRF teams deployed in Idukki, Kottayam, and Pathanamthitta evacuated 122 persons. Besides, they distributed relief materials in the flood-affected areas of Alappuzha and Pathanamthitta. In addition, the NDRF also provided medical assistance to the sick persons in inundated areas of Kerala. Medical teams have been set up in Alappuzha and Thrissur where so far aid has been provided to 104 people.

Ever since the beginning of the crisis, the NDRF has rescued 535 lives, evacuated 24,616 marooned people, rescued 119 livestock and provided pre-hospital treatment to the 4908 people.

The Indian Air Force doctors and paramedics on Tuesday covered over five relief camps and treated 410 patients where many critical cases were stabilised and sent to government hospitals. According to IAF, Southern Air Command has inserted medical teams and a mobile hospital in Thiruvalla. Many doctors have been flown in from neighboring Commands to augment the medical effort. One mobile hospital has been set up at Chathenkary with four doctors, including a surgeon, and 18 paramedics. So far, a total of 1255 patients have been treated by the IAF. Efforts are on to prevent the outbreak of diseases.

Meanwhile, the Southern Naval Command (SNC) recalled 30 more rescue teams deployed for `Operation Madad' as flood waters receded from many waterlogged areas. The Navy has so far rescued 16,005 persons. While no requests for rescue either by boat or by airlift were received on Tuesday, Navy officials said eight air sorties amounting to 10 hours of flying were undertaken by various naval aircraft, mainly for air dropping of relief material -- especially food and medicines.

According to Spokesperson of the Indian Navy, Kerala Water Association (KWA) had requested SNC help in rectifying defective transformers at Aluva water pumping station. The services of these transformers are critical to feeding power to restore water supply to most of Kochi region. An engineering team from Naval Ship Repair Yard (NSRY) comprising of an officer, two sailors, and three technicians was sent to KWA to repair transformers on a war footing. On reaching the site, it was observed that the water had ingressed into transformers and the team completed defect rectification for the restoring of water pumping within four hours. In addition, low insulation of four transformers of main rectifiers of Piravom pump house was also repaired and made them available for KWA.

The Navy added that Naval Air Station, Garuda continued facilitating civil aircraft operations in addition to the military flying requirements. Alliance Air (a subsidiary of Air India) and Indigo were able to operate as per their schedule. The Air Station is also extensively utilized to airlift medical teams, food and medicines to facilitate the State Government in speeding up the relief work.

About 90 rescued people are presently being accommodated at the T2 hangar inside the Naval Base. However, another relief camp set up by the Naval Armament Depot, Aluva and medical camp continue to provide shelter and first aid for the needy. A community kitchen set up by INS Venduruthy in the campus of Cochin University of Science and Technology (CUSAT) also continues to offer hot meals for about 10000 people. SNC continued supplying drinking water to some parts of Kochi city on a humanitarian basis through a dedicated water bowser, with a capacity of 3 tonnes from the water resources in the base, Indian Navy said.

The Chief Minister's Disaster Relief Fund (CMDRF) had received donations to the tune of Rs 309 crore till last evening through online and deposits in the special SBI account.

The UAE government also offered an amount of USD 100 millions (about Rs 700 crore) for the state's reconstruction.

The toll rose to 231 yesterday in one of the worst floods witnessed in the last century in Kerala with the recovery of eight more bodies from different parts a fortnight after a murderous monsoon rampaged through the state in its second spell that began on August 8.