Doctors at a private hospital in Angamaly have attended to 53 cases of snake bites from August 15 to August 20, authorities said. 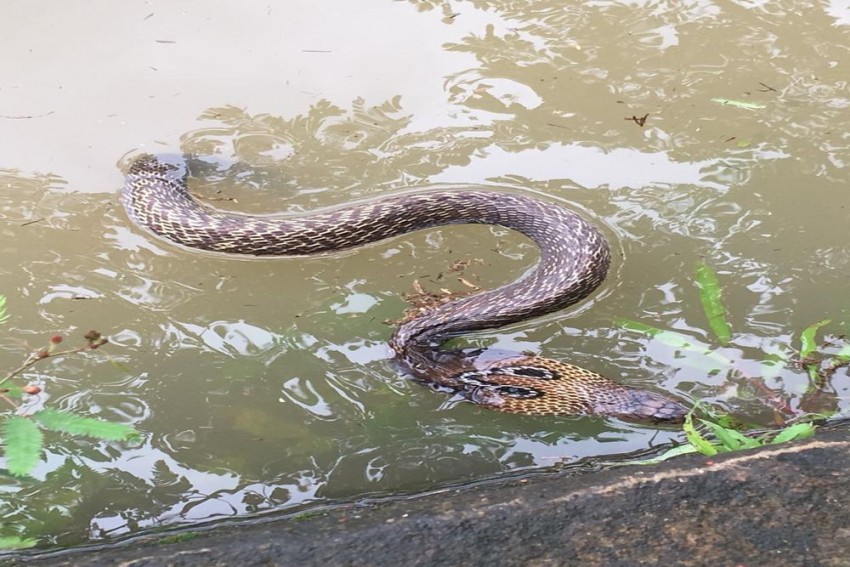 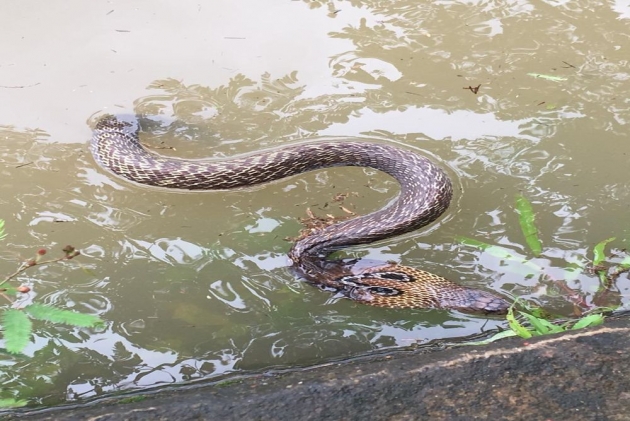 People displaced by the floods in Kerala are returning home to the frightening sight of venomous cobras and Russell's vipers slithering around in their bathrooms or coiled inside cupboards and washbasins.

Incidents of snake bites have been reported from various parts of the state in the last five days.

Doctors at a private hospital in nearby Angamaly, for instance, have attended to 53 cases of snake bites from August 15 to August 20, authorities said.

A doctor at the Angamaly Little Flower Hospital said cobras, kraits and Russell's vipers found their way from the forests into abandoned houses.

"These reptiles have entered flooded homes and other structures. So those who step into their houses for cleaning after the floodwaters have receded should be very careful," the doctor said.

The public relations wing of the state government has launched a social media campaign against the snake menace.

As the Water recedes the creepy crawlies will also come out. Guys please take precautions against snake encounters. Check everywhere before stepping out. Be Careful. #KeralaFloods pic.twitter.com/4klNEn1vRj

One such campaign has roped in wildlife conservationist and snake expert Vava Suresh, who has captured more than 140 king cobras over the years. He has advised people not to panic on seeing reptiles.

"The snakes could be hiding in cupboards, under carpets, in clothes, near doors, in wash basins, closets, shoes and electronic items like washing machines and refrigerators.

More than cash, Kerala will need a lots of anti-venom immunoglobins. As water recedes, its raining snakes quite literally. Here are 3 more in the same house in Palakkad district after the water receded today. One of them coiled on the door. #KeralaFloods #AntiVenom pic.twitter.com/vHFM7W2ijy

"People should not touch household appliances with bare hands. Instead, they should hold a stick to sift through their belongings," he said.

He also suggested wiping floors and articles in the house using water mixed with kerosene or diesel as this is believed to keep snakes away.

Suresh, who has been bitten several times by venomous snakes, also advised people to properly check their cars and two-wheelers parked in porches as the reptiles might have found a hiding place in them too.

As most of Kerala returns home, they might encounter wild animals mostly snakes who have taken refuge in the houses during the deluge. Let's try to save and rehabilitate them. #KeralaSOS#KeralaFloodRelief#KeralaFloods#KeralaFloodRescue#KeralaFlood @minmsme @CMOKerala pic.twitter.com/YMu8onksAM

Heavy rains and floods over the past fortnight in Kerala have left 223 dead and forced over 10 lakh people out of their homes.

The aftermath of #KeralaFloods will see increasing cases of displaced #snakes and #snakebites. A Snake & Snake bite Emergency Response team of @wti_org_india is on ground .Should this be of concern to you, kindly RT and help in spreading the word.

With rains easing and water receding in some areas, many people have started returning to their homes.