Last week, Pakistan and India announced that they would develop the corridor on their respective side of the border to help Indian pilgrims visit Gurdwara Darbar Sahib in Kartarpur. 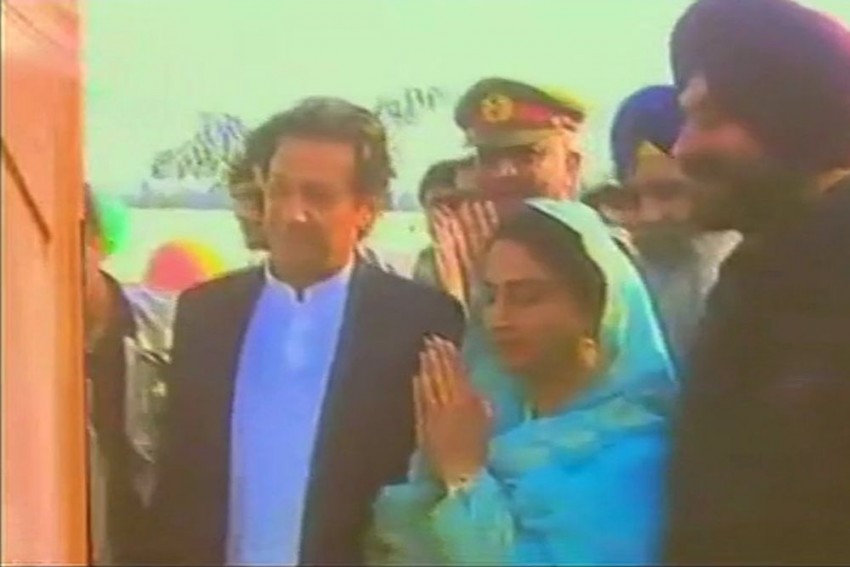 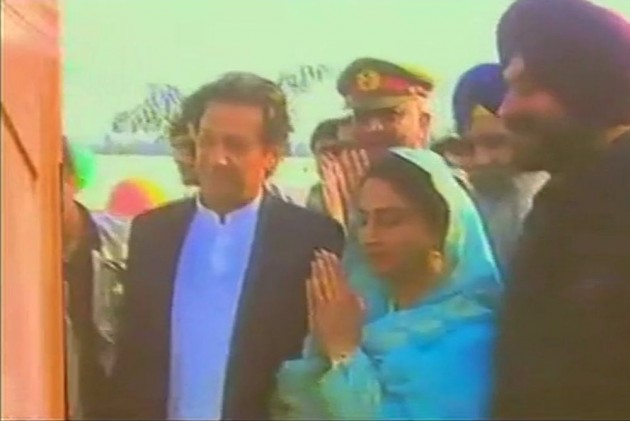 Speaking to media, Badal had earlier said, "I am going there to offer prayers to the first Guru at a place where he spent the last days of his life. I have not been invited by anyone but I am going there as a Sikh".

"This is a historic occasion. The Kartarpur Corridor has been a long-pending demand of the Sikh community. I am privileged to be going there to offer prayers."

"This is a significant measure among the several measures announced by the Government of India last week in connection with the 550th birth anniversary of Guru Nanak Dev."

"I am a proud Sikh to be going there," Union Minister of State Puri said, adding that the corridor should have been opened much earlier.

Though Puri said that the Corridor was an important step in the relations between both countries, he added that he would not "jump the gun" in the "euphoria" over the development.

The corridor will give access to pilgrims from India, especially from the Sikh community, to visit the gurdwara which has a significant place in Sikh religious history.

Vice President M. Venkaiah Naidu and Punjab Chief Minister Amarinder Singh had on Monday laid the foundation stone of a road, from Dera Baba Nanak town in Punjab's Gurdaspur district, which will connect the Kartarpur Corridor.

Amritsar Member of Parliament (MP) Gurjeet Singh Aujla crossed over to Pakistan from Attari on Tuesday for the ceremony. He carried holy water from the sarovar (pond) at the Golden Temple complex.

Punjab Cabinet Minister Navjot Singh Sidhu on Tuesday said the Kartarpur Corridor had the potential to erase enmity between the two nations and bring peace in the subcontinent.

Sidhu heaped praises on his "friend", the Pakistan Prime Minister, for ensuring that the corridor became a reality.

"The Kartarpur Corridor will prove to be a path of peace. It will erase enmity between both countries," Sidhu told media in Wagah in Pakistan.

Sidhu strongly batted for people-to-people and cricketing ties between India and Pakistan despite both the nuclear-armed neighbours who have gone to war earlier having increased tensions in recent years over Pakistan's support to terrorism in Jammu and Kashmir and other parts of India.

The cricketer-turned-politician tried to steer clear of controversy over his visiting Pakistan despite strained relations between both countries and Indian soldiers being killed in firing from Pakistan side.

Punjab Chief Minister Amarinder Singh turned down an invite from the Pakistan government to be part of the ceremony.

He said that the Pakistan Army was killing Indian soldiers and supporting terrorist elements fomenting trouble in Jammu and Kashmir and Punjab.

Amarinder said he had asked Sidhu to "reconsider" his decision.

"I had asked Sidhu to reconsider his decision to go to Pakistan for the ground-breaking ceremony of the Kartarpur Corridor, but had acceded to his (Sidhu's) request for permission to go since I did not believe in stopping anyone from undertaking a personal visit," Amarinder told media on Tuesday.

"Sidhu told me he had already committed himself. When I informed him of the stand I had taken, he said it was his personal visit but he would get back to me. But I did not hear from him," said the Chief Minister.

Amarinder Singh said the minister sent him a request for going and he cleared it.

"I do not stop anyone from going anywhere on a private visit. It (Sidhu's trip) is not an official visit," the Chief Minister said.

Sidhu, who arrived in Pakistan on Wednesday, had on Monday defended his decision to go to Pakistan saying he had the "Chief Minister's permission.

"Standing by his own decision to decline Pakistan's invitation for the ceremony, Amarinder Singh said he believed in saying what he felt.

"I have strong feelings on the issue. I have a strong bond with the Indian Army and cannot stand seeing my people getting killed," he said.

It was at the Kartarpur gurdwara, which is located around two-to-three kilometre from the India-Pakistan international border and is situated right opposite the border belt in Dera Baba Nanak in Indian's Gurdaspur district in Punjab, that Guru Nanak Dev spent 18 years of his life till he died in 1539.

The gurdwara, which fell in Pakistan territory following the Partition of India in August 1947, has big significance in Sikhism and history.

For the past over 71 years, ever since Partition, Sikhs have been offering prayers near the international border while seeing the gurdwara from a distance.