India has emerged as the 3rd largest trading partner of Jordan 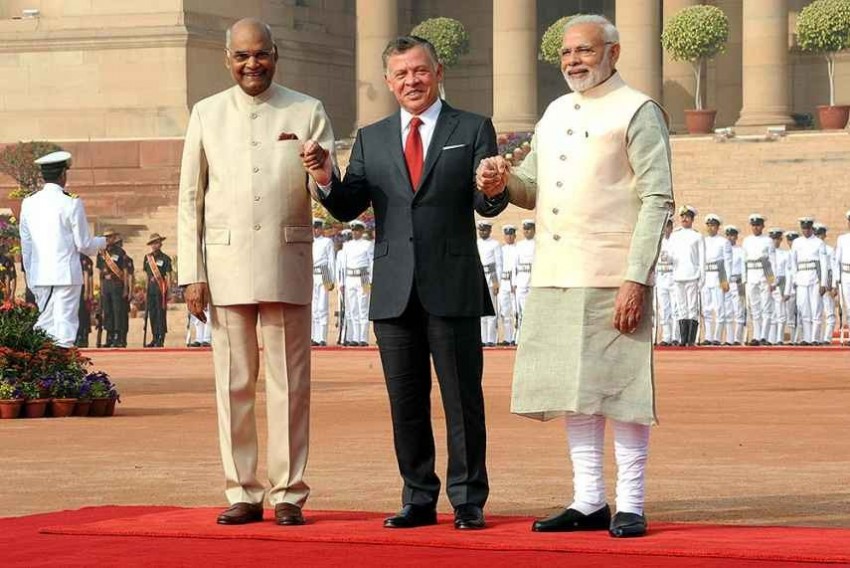 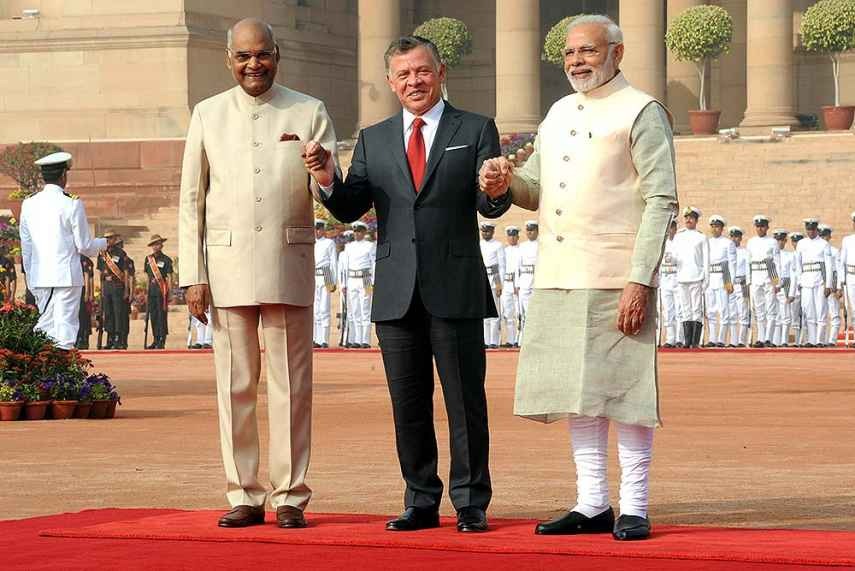 Jordan’s King Abdullah II is on a state visit to India from February 27 to March 1. His last visit was in 2006 with Queen Rania. The importance of the visit and the dignitary is confirmed by the fact the PM Modi, in an unusual gesture, received the King on arrival reciprocating a similar gesture by his guest earlier in the month. PM Modi was in Amman in transit en route to Palestine. King was abroad to Islamabad and UAE but cut it short to meet PM Modi in Amman with whom he has developed a close rapport since the two met in New York in September 2015 on the side-lines of UNGA. In fact, this was the first significant high-level interaction in over a decade but it set the tone and tenor of the future cooperation especially in the defence and security areas.

President Mukherjee became the first Indian President to visit Jordan, Palestine and Israel in October 2015. Since then Foreign and Trade Ministers have exchanged visits and even the Joint Commission has met twice.

While the political exchanges, especially from India, may have been few and far between, the economic relations have moved apace since the two signed a Trade Agreement in 1976. India has emerged as the 3rd largest trading partner of Jordan and the biggest market for its phosphates and Potash and other minerals. Although several Indian companies have undertaken various projects the one between IFFCO and JPMC i.e. JIFCO with an investment of US$ 860 mn for manufacturing phosphorus acid need a special mention. Similarly over 22 Indian owned textile units in Special Economic Zones in Northern Jordan with an investment of over $300 mn account for a major share of garment exports to US and other markets.

India has emerged as a major investor in Jordan. A bilateral trade target of US$ 5 bn ( as against the current $2bn)  has been set for 2025. No wonder King Abdullah is accompanied by a thirty-member strong business delegation --the largest ever. Jordan surely can boast of a preferential and competitive investment regime which combined with its web of Free Trade Agreements with all major markets in the world assures an outreach to over 1.5 bn consumers. That’s their USP. This has been further accentuated by the fact that in near future, as and when Syria and Iraq settle down and reconstruction begins, over a trillion-dollar opportunity would await its takers.

A great sop indeed for the Indian industry and business which could establish in Jordan to partake in the current and forthcoming business opportunity. Even Syria and Iraq would like to see more Indian involvement. At the India-Jordan Business Forum, which was later addressed by King Abdullah after his meeting with a dozen or so prominent Indian CEOs, 10 B2 B MOUs were signed and several understandings appeared to be in the pipeline. Efforts are underway to convert the buyer -seller relations to a strategic and  mutually beneficial partnership. India has already announced a US$ 100 mn Line of Credit that could be accepted and activated to support the trade and industry by plugging the financial gap.

King Abdullah intends to have closer collaboration in defence and security areas. While mechanisms at Dy NSA level and agency to agency collaboration have been institutionalised during this visit a defence agreement for broad framework cooperation will provide the requisite impetus. Both India and Jordan have suffered immensely from terrorism hence closer collaboration in counter terrorism and de-radicalisation is a given. India has already been invited to be part of the Aqaba Dialogue Process – a Jordanian initiative that also includes African countries facing terrorist threats. Jordan has been on the forefront of fight against terrorism especially Al Qaeda and ISIS (Daesh) and King Abdullah, who is the 41st direct descendent of Prophet Mohammed and Custodian of the Al Aqsa mosque and other Christian sites in Jerusalem, spoke passionately on “Islamic Heritage -Promoting, Understanding and Moderation” which no other leader could have done with such authenticity and credibility as he is also widely regarded as the voice of reason, moderation and modernity.

During the visit apart from calls by EAM and Vice President King Abdullah had wide ranging discussions with PM Modi and the President. Over a dozen Agreements and MoUs across the whole gamut of cooperation including setting up of Centre of Excellence, Twinning of Taj and Petra- the two wonders of the world , Customs cooperation and Visa exemptions for Diplomats and officials and Cooperation between Higher educational and technology institutions, Hindi Teaching and creation of a Chair as well as Cultural Exchange Programme  are being signed which will further create and strengthen the institutional framework for a wide-ranging cooperation.

In order to attract Indian tourists Jordan has already simplified visa on arrival for Indians. Hopefully direct flights between the two countries will be resumed that will enable Jordan to avail the business and tourist traffic also meant for Israel and western countries. Jordan is also very keen to attract the Indian film industry to shoot films in their beautiful and historic locales.

Jordan, being an oasis of stability in an otherwise turbulent region, has significant geo-strategic advantage for collaboration in counter-terrorism, de-radicalisation, access to huge markets through their preferential trading arrangements. It provides a favourable base and gateway for Indian entrepreneurs to explore and scout for opportunities in Syria and Iraq being the only country sharing borders with both. Jordan also has one of the largest Shale deposits in the world and combined with its wealth of rock phosphates it can play a stellar role in India’s food and energy security. The visit of King Abdullah has catapulted the relationship to a much higher trajectory.