Security forces launched a cordon and search operation in the area Tuesday morning after receiving specific intelligence inputs about the presence of militants there. 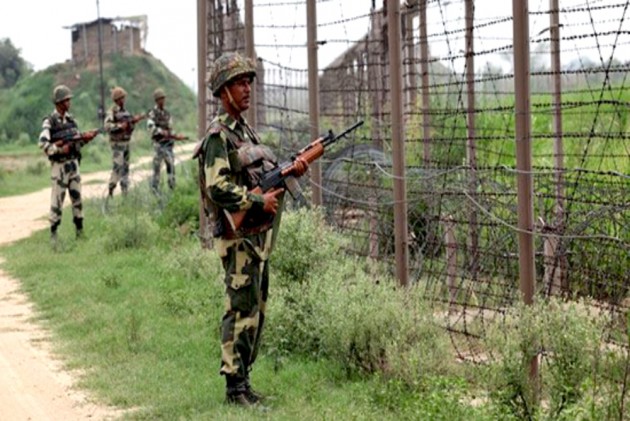 Four militants and a soldier were Tuesday killed in an encounter between ultras and security forces in Shopian district of Jammu and Kashmir, officials said here.

Two other Army men were injured in the gunbattle.

"Four terrorists have been killed in the operation in Nadigam area of Shopian," Srinagar-based defence spokesman, Col Rajesh Kalia said.

He did not give further details.

However, a police official said an Army man was killed while two others were injured in the encounter.

The operation is on, the police official said.

Security forces launched a cordon and search operation in the area Tuesday morning after receiving specific intelligence inputs about the presence of militants there.

The search operation turned into an encounter after the militants fired upon the forces, who retaliated.