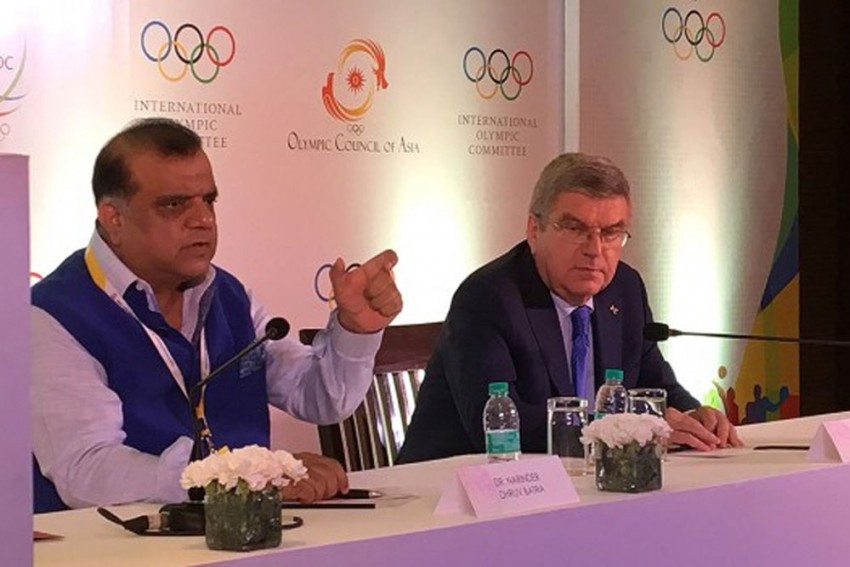 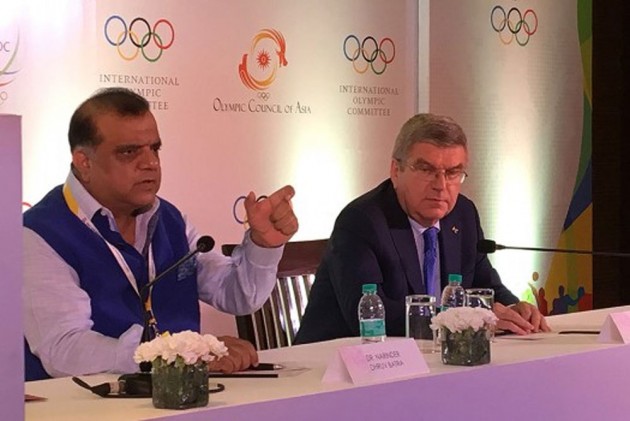 If everything goes to plan, India will host the 2032 Olympic Games. That's some 14 years from today, but the Indian Olympics Association (IOA) has already started the groundwork to fulfil the long cherished dream.

"Dead serious" about bringing the Olympics to India, the IOA has submitted a formal expression of interest to the International Olympic Committee (IOC) to bid for the mega event and is set to approach the government for support.

IOA president Narinder Batra told the visiting IOC chief Thomas Bach earlier this year that India would consider bidding for the 2032 Games. And according to PTI, the German had welcomed the move.

Following that, IOA Secretary General Rajeev Mehta had a meeting with the three-member bid committee of the IOC headed by Jacqueline Barrett, Associate Director Olympic Games/Olympic Candidatures, during the body's Board meeting in Tokyo earlier this month.

"We are dead serious about this bid for the 2032 Olympics. So, we have already submitted to the IOC the letter expressing our interest in hosting 2032 Olympic Games. I had a meeting with the Bid Committee of the IOC. They welcomed the move and said that India should have hosted an Olympic Games much earlier," Mehta told PTI.

New Delhi and Mumbai are the top two venues in the minds of the IOA top brass but other cities are also not ruled out.

This is the first time that the IOA has officially submitted its expression of interest to host an Olympic Games to the IOC.

"At the first stage, a country expresses its interest to bid for the Olympics and at a later stage the proposed host city or cities is mentioned in the bid. India has not bid or expressed interest to host Olympic Games earlier," he added.

Indonesia has already submitted its expression of interest just after successfully hosting the Asian Games.

Chinese city Shanghai is also mulling over a bid, while Brisbane in Australia could be a contender to bring the Games back to the country for the first time since Sydney 2000.

North and South Korea are considering a joint bid while Germany also plans to host the 2032 Games in 13 cities of the country.

The IOA has started planning for the bidding process and the upcoming General Body Meeting on December 22 is expected to pass a resolution to formally approach the government to back its plan.

"We are going to approach the government to back the bid after our GBM passes a resolution to that effect. The bidding process will start in 2022 but before that we have to get the nod from the central government that it will back the bid," Mehta said.

"We have to get the letter of backing from the central government, from the state government where the proposed venue is located and even from the Leader of the Opposition Party.

"We also have to get a lot of guarantees from various government agencies. But all these will start only if the government says it will back such a bid," said Mehta.

The response of the government has been cautious so far.

Sports Minister Rajyavardhan Rathore has hinted that India would do better to get more Olympic medals or spend the money on sporting infrastructure than host the spectacle in the country.

"We have made this (intention to bid for 2032 Olympic Games) known to the government but the Sports Ministry has been muted in its response so far. On the part of IOA, we are all prepared to start working for the bid process. We will do what we can do and the rest it is up to the government (to back IOA or not)," he said.

"China has hosted Summer Olympics and is going to host Winter Olympics in 2022. If South Korea is hosting Olympics, why can't India? We are a big country, an emerging economic superpower," he said.

IPL 2019: Player Auction To Be Held In Jaipur on December 18