India's Tour Of Australia, 2nd T20I: Make Or Mar Match For India In Melbourne After Narrow Defeat At The Gabba

A defeat in the second Twenty20 International against the hosts on Friday in Melbourne, and India will not only lose the opening leg but also concede the rare favourites tag they have been bestowed upon in the run-up to the tour. 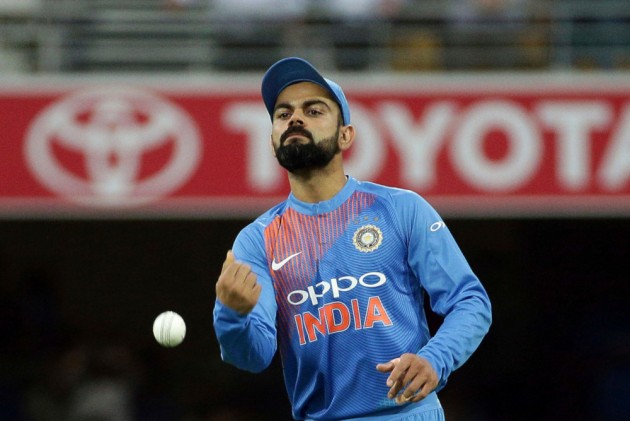 It's only one match old in the tour of Australia, but India are already facing the proverbial make-or-break time. A defeat in the second Twenty20 International against the hosts on Friday in Melbourne, and India will not only lose the opening leg but also concede the rare favourites tag they have been bestowed upon in the run-up to the tour. From there on, everything can fall apart.

After a narrow four-run defeat in the rain-hit opening encounter in Brisbane, India will enter the field at the imposing Melbourne Cricket Ground (MCG) with renewed vigour. And the first thing they will need to do is reassess the playing combination. Many have questioned the make of Indian XI at The Gabba, Brisbane, with recently anointed all-rounder Krunal Pandya leaking 55 runs without success. Then there are usual suspects, continuing with their poor forms.

Having won seven consecutive bilateral T20 series, Virat Kohli & Co will certainly want to make it eight in a row and for that, they may be forced field a different XI. But bidding for an eighth victory on the bounce now doesn't seem as straightforward a proposition as it looked earlier with the hosts ready to come all guns blazing after their all-round show in the first game.

Fans Brutally Troll Krunal Pandya After Getting Hammered At The Gabba

India lost the match despite scoring more runs, but their batting line-up could see some rejigging in light of KL Rahul's patchy form. Since scoring 101 not out in the first T20I against England at Manchester, Rahul hasn't been able to cross the 30-run mark in next six matches.

The team management has persisted with him at number three, benched Manish Pandey and the skipper demoting himself to number four. Consistency is the need of the hour from Rahul, especially considering that he is also set to be a part of India's top-order in the ensuing Test series.

The team management would be tempted to have a re-look at the bowling attack. On a grassy surface, Pandya was plundered for runs in his four overs and was hit for as many as half a dozen sixes, with his third over leaking 23 runs thanks to Glenn Maxwell's onslaught.

If the MCG is also of The Gabba's nature, Kohli might be tempted to bring in leg-spinner Yuzvendra Chahal, who boasts of a brilliant wicket-taking record in T20Is. Even then, it remains to be seen if the team management rings in any changes after such a close defeat, especially when the balance is disturbed.

Leaving Pandya out would leave them a batsman short and Kohli might not be keen on taking that gamble. The loss, however narrow, has indeed cast such minute doubts on the Indian team's strategic preparations in a format, which they have dominated since July 2017.

But the visitors will take heart from the fact that Shikhar Dhawan and Dinesh Karthik were at their imperious best in the stiff chase. And if a couple of top-order batsmen can produce the form that they have been in the last few matches, then India can hope for a good batting show.

In the lead-up to the first match, Kohli had spoken about the need to cut down on mistakes and regaining an upper hand at crucial junctures of a game. But the skipper himself was found wanting, committing mistakes in the field.

Their slacking in the field at Brisbane proved to be the ultimate difference in a see-sawing game, which India lost by four runs. Kohli was guilty of poor effort on the field on at least two occasions, dropping counterpart Aaron Finch in the fourth over and later involved in a misfielding from the deep.

Australia boasts of bigger grounds than in India, with bigger boundaries of course, and the MCG will prove to be another humongous challenge in that regard.

The task is cut out in front of the team management to work on fielding angles to elevate their efforts in the second T20I.

It doesn't help that there is such a short turn-around time during this series, that fielding coach R Sridhar won't be able to work with the players at the MCG.

Any improvements in the field will have to be drilled in theoretically in the dressing room. And thus India will also seek to look at other areas where improvements can be made.

The ploy to introduce Adam Zampa as the lone spinner worked wonders for Australia and with an intense fielding effort, Australia were able to make a winning difference.

Things seem very different in the hosts' camp all of a sudden when they were simply considered second best to the Men in Blue across all departments less than 48 hours ago.

Melbourne is experiencing a stormy spell in the latter half of this week, so there is a slight chance that the second T20I could also be rain-affected.