"India's visit was 'an extremely friendly and very wide-ranging dialogue on how we can partner together on the strategic relationship that we think is going to define the rest of the 21st century," 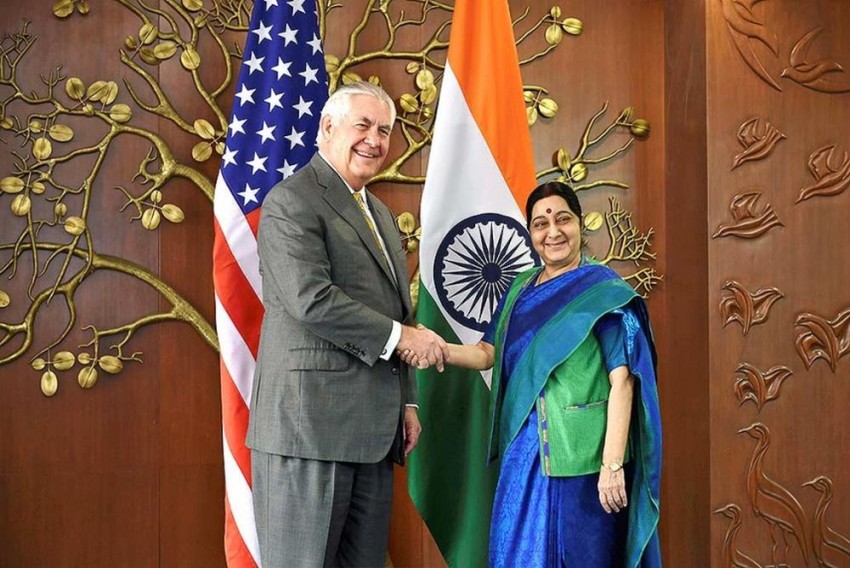 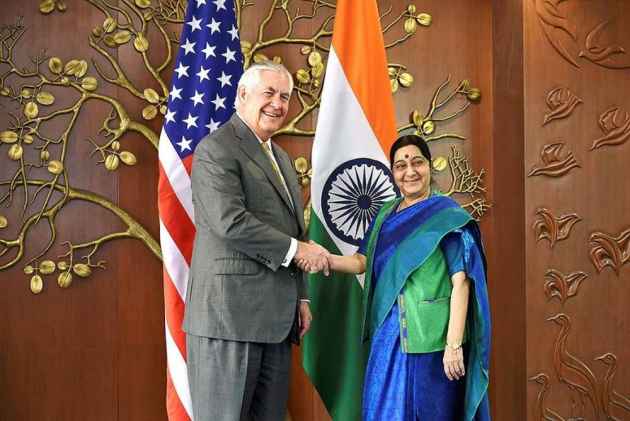 The strategic relationship between India and the US is going to define the rest of the 21st century, said a top American diplomat.

"India's visit was 'an extremely friendly and very wide-ranging dialogue on how we can partner together on the strategic relationship that we think is going to define the rest of the 21st century," said Alice G Wells, the Acting Assistant Secretary for South and Central Asian Affairs and Acting Special Representative for Afghanistan and Pakistan.

While explaining about the South Asian Strategy at the press briefing by US Secretary of State Rex Tillerson on his just concluded trip to Afghanistan, Pakistan and India, Wells said India has been assigned "an important role" to stabilise Afghanistan economically.

"We've given an important role to India on helping to stabilise Afghanistan economically and to build its human resource capacity," Wells said, adding, "Since 2001, India has invested $2 billion in Afghanistan."

Wells further emphasised that there was a bilateral component to the visit and discussed about how the two countries with shared values - a respect for democracy, transparency, freedom of navigation, for economic development - can inculcate these in the broader Indo-Pacific region, while working with important partners like Japan and Australia.

"I thought the visit to Gandhi Smriti was very moving, and again, really was a touchstone for what unites," said Wells.

She opined: that the State Secretary has laid out a lot of ambitions for the relationship with India since the Prime Minister Narendra Modi's visit in June.

"We want to build on the June visit by Prime Minister Narendra Modi with the President, and just say, How do we take this relationship to the next level?," Wells said.

"Obviously, we'd like to deepen the military-to-military cooperation that has moved very quickly; over the last decade we've gone from zero to 15 billion in defence sales," she added.

"There are important defence agreements that the two countries can move forward on that will make it easier for the US to share classified data and that will facilitate sales like the F-16 or the F-18 and will help create a defence technology partnership, which is what India is seeking, but which will also create jobs for Americans at home," Wells further said.

Wells further emphasised that the US would like to expand the bilateral trade and investment dimension of the relationship and have two important meetings going on the Trade Policy Forum and the Commercial Dialogue.

"We'd like to expand the bilateral trade and investment dimension of the relationship. We have about UD 115 billion in trade, USD 40 billion in bilateral investment," she said, adding, "But we see this as a two-way street. Later this month the Indian firm Mahindra is opening an auto plant in Michigan."

The November Global Entrepreneurship Summit will be attended by Ivanka Trump, which is going to bring together 1,300 entrepreneurs and investors which will demonstrate the entrepreneurial spirit of the relationship. (ANI)