'India, Once Colonised, Has Turned Into A Coloniser' 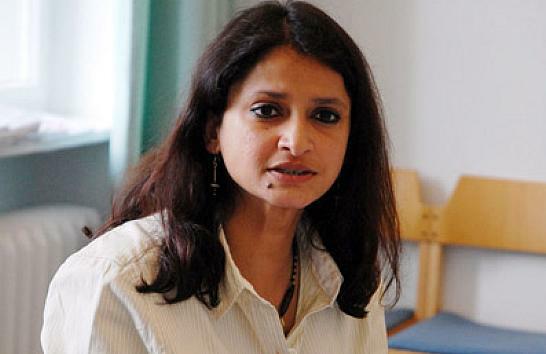 The California—based Oakland Institute released a report earlier this year that documents some of the problems caused by the acquisition of land by foreign firms, including Indian ones, in Ethiopia and other African countries. Putting this global trend of ‘land grab’ under the spotlight, the report highlights the social and environmental costs of this phenomenon that have been largely overlooked by the media. Outlook interviewed Anuradha Mittal, the India—born—and—educated founder and executive president of Oakland Institute, to find out why she thinks India ought to share part of the blame of causing “depravation and destitution” in Ethiopia. Excerpts:

Why is that so many Indian investors are headed to acquire land in Ethiopia?

It is opportunistic—easier—to move in quickly to a country where one does not have to follow a lot of regulations and have a regime that is not too concerned by the absence of regulations to protect its people and the environment. With the civil society almost missing and dissent criminalized, the Ethiopian government can carry out its land lease project, ignoring human rights violations. No dissent is allowed. It doesn’t tolerate any opposition, especially political. 30,000 people were arrested during the last elections. NGOs are afraid to operate, they have had to shut down. The land that these Indian companies are being given has been forcefully taken away from indigenous communities and deals are struck with these firms in secrecy and without consultation of the local impacted communities.

When it is mainly the Ethiopian government that is responsible for the wrongdoing, why should India be held responsible?

We are certainly responsible. As a nation that takes pride in morality and non-violence, our investment policies must focus on development for all and in no harm to anyone. We need to set new standards. Instead the Indian firms are using the Ethiopian government to the dirty work so that they can operate easily. It’s like the British government trying to argue that colonialism in India was not its doing but that of the East India Company and a few rogue generals like Dwyer.

Does India want to be the Karuturi that is responsible for depravation, destitution in Ethiopia? Is that the legacy we want? The question is one of what kind of development paradigm we choose —the one that lifts all boats or the one the one that lifts just a few yachts? It is appalling that India, once colonised, has turned into a coloniser. Ethnic indigenous communities are being hunted down like animals to clear land for Indian firms and businesses. India is behind the government of Ethiopia that is unleashing this kind of terror.

It’s not unlike POSCO and Vedanta in India, who are taking up land that belongs to indigenous people, violating the rights of the nature and her people. But people in India have stood up and challenged. Even the civil society in India has stood up against corruption, stood up for the right to land and livelihoods and south-south collaboration. Despite the repressive conditions in Ethiopia, where the government tolerates no dissent, especially political, many brave Ethiopians are sending us information. The report is not a desktop job but actually a result of rigorous fieldwork and primary research. As a country once colonised, it’s our responsibility to start a conversation about development that is not just about profiteering or corporations. It’s not that we are singling out India; there are Chinese and Saudi investors, American universities who are buying up land as investment. However, in India’s case it is being sold as something that would enhance the country’s food security, which is far from true.

Why do you think is the Indian government turning a blind eye to the problems in Ethiopia?

The short-term profits help you turn a blind eye to the long-term consequences, including long-term conflict and increased risk to the investment itself. The report has been done not because we are doing some kind of charity to Ethiopia but because we in India are facing the same issues. This is not unpatriotic. We need a different kind of India. An India which can shine with the true face of democracy. Where so called development projects are designed in consultation with the local communities, reflect aspirations of all, and lead to the larger common good. If people in India knew about what these firms are doing, they would surely stand up. Certain communities and their ways of life have become dispensable and the question to ask is who chose this model of development and whose interest is represented here. Simply follow the money...

Who are the people rushing in? Some of them are small-time firms, relatively unknown…

It has been a big rush for land grab in Africa, including Ethiopia. The actors are diverse—from known personalities such as the reputable American universities investing in private equity and hedge funds to unknown entities entering the field of agriculture. They want to rush in and grab the land at very cheap prices before the value of the land goes up. Journalists and researchers have had a hard time digging up details, contracts signed between the investors and the government have had to be leaked to us. So, you can imagine the kind of participation the indigenous people have had in this phenomenon. In Ethiopia, people do not have the right to land. So pastoralists who have lived on land for centuries can be considered as squatters overnight by the government and chased away as if they never existed and should not exist.

I was in South Sudan recently (in August) and you can now see the same kind of rush there with Indians trying to secure deals that involve oil-petroleum deals and agro-forestry projects. The Madhvani Group, which is owned by Indians from Uganda, is trying to set up a sugar plantation in a national park. But these firms will not have it so easy in South Sudan as in Ethiopia because the president is under immense pressure to ensure transparency on land deals.