The Gandhi siblings are slotted as star campaigners for the Madhya Pradesh and UP campaigns, but they might decide to sit it out. 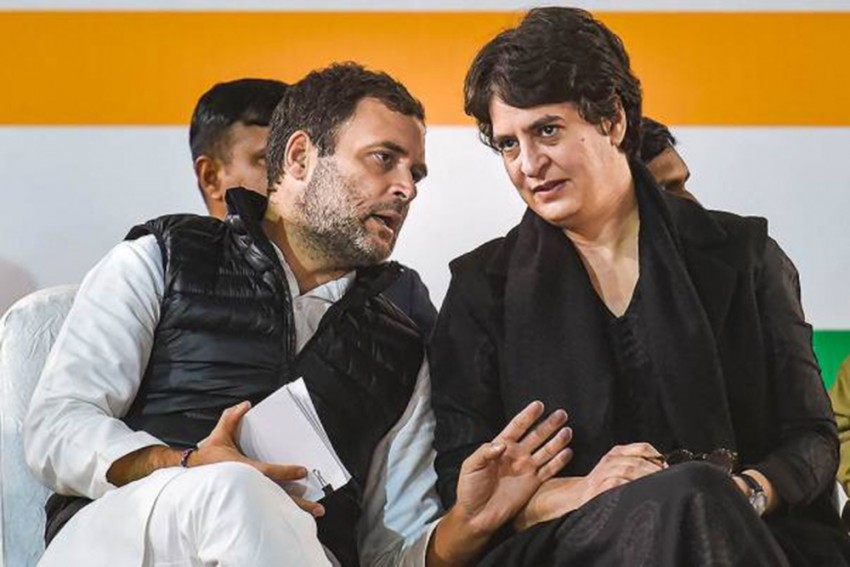 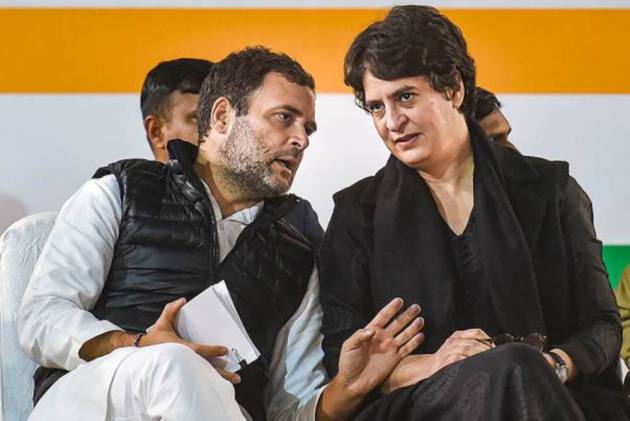 On October 17, the Congress party released its list of star campaigners for the assembly bypolls scheduled to take place in Madhya Pradesh and Uttar Pradesh on November 3. The two lists, with names of 30 party leaders each, also mentions Rahul Gandhi and Priyanka Gandhi Vadra. The inclusion of the Gandhi siblings in the list of star campaigners has caused some excitement, particularly within the local Congress units in these states.

Assembly bypolls are historically a low key electoral affair; left by contesting parties to their state-level leaders to manage. The mention of the Gandhi siblings in the Congress star campaigners’ list, thus, gives an impression that the duo wish to sustain their recently acquired political aggression, particularly against the BJP which is in power in these two states. But do they, really?

Congress sources in UP and MP have told Outlook that the likelihood of the Gandhi siblings actually campaigning for the bypolls is remote, despite their names topping the list of star campaigners. “It’s a formality. We have to put their names on the list because they are the face of the party. So far, no campaign itinerary has been finalised for Rahul or Priyanka and we haven’t even received any indication from their office of their willingness to conduct a virtual rally,” a senior UP Congress leader said.

In Madhya Pradesh, bypolls for the 28 vacant Assembly seats are unlike any by-election of the past. The result of these bypolls could determine the formation of a new government in the state – or further consolidate the BJP’s hold on power. As many as 25 of these seats fell vacant because of defection by Congress MLAs to the BJP which allowed Shivraj Singh Chouhan to return as the state’s chief minister for a record fourth term after deposing Congress’s Kamal Nath. Congress leaders from MP who are involved with planning the high-decibel election campaign being led by Nath told Outlook that, like their counterparts in UP, they too hadn’t yet received a green signal from the Gandhi siblings to finalise a campaign schedule.

However, given the high stakes in the bypolls they are still hopeful of at least one of the Gandhi siblings to address a “couple of rallies” in MP. The party has reached out to Priyanka requesting her to campaign in the Gwalior-Chambal belt where 16 Assembly seats are up for grabs. Each of these seats was held by loyalists of Jyotiraditya Scindia who collectively resigned from the Congress in March when the Gwalior royal defected to the BJP. The former Congress MLAs are now in the electoral fray as BJP candidates and the Congress wants Priyanka to add heft to its campaign against Scindia’s betrayal of the party.

A majority of seats up for bypolls in MP are reserved for the scheduled castes and the Congress’s local unit is also hopeful that by campaigning for the party nominee in some of these seats, both Rahul and Priyanka can bolster their statement of intent of fighting for the cause of Dalits, as they had recently done during their showdown with the UP government after the gang-rape and subsequent death of a 19-year-old Dalit woman from Hathras.

The BJP, in both these states, has also declared its list of star campaigners which features only state-level leaders. The saffron party has been mocking the Congress’s list claiming that the party doesn’t trust its local leaders to attract voters. “The Congress has made it clear that it has no faith in Kamal Nath’s abilities to win the bypolls and so it wants to lean on its national leaders or chief ministers like Bhupesh Baghel, Ashok Gehlot and Amarinder Singh who have all been named star campaigners. We are confident of winning the bypolls and our state leaders, led by Shivraj Singh Chouhan, are capable of giving a befitting reply to the Congress,” says MP BJP spokesperson Rajneesh Agarwal.

The Gandhi family has rarely ever campaigned in by-elections for their party’s candidates. Congress sources say the only two occasions when a Gandhi campaigned in a bypoll contest were of the Lok Sabha bypolls for the Azamgarh and Firozabad seats (both in UP) in 1978 and 2009 respectively and that the party’s first family has never canvassed in assembly be-election. The two Lok Sabha bypolls – Azamgarh in May 1978 and Firozabad in November 2009) – had their own political significance for the Congress.

In the Azamgarh bypoll, conducted a year after the Congress scored a duck in UP for the first time ever in a general election – the 1977 Lok Sabha polls held after the lifting of the Emergency – Indira Gandhi had campaigned for her party’s nominee, Mohsina Kidwai, for five days. Indira’s belligerent campaign was seen as her way of reviving the Congress, particularly in UP, following the party’s electoral rout in central and north India a year earlier. And Kidwai’s comprehensive victory in that bypoll did just that. In the general elections that followed a year later after the fall of the Janta government, the Congress swept UP once again and returned to power at the Centre.

By the time another Gandhi – Rahul – returned to canvass in a bypoll in November 2009, the political landscape of India had changed drastically. The Congress had lost its central position both nationally and in UP even though it ruled the Centre as head of the UPA coalition. However, the Lok Sabha polls held earlier that year had shown signs of a Congress revival in UP as the party had won 21 of the state’s 80 Lok Sabha seats – its best show since 1991. The Congress fielded Raj Babbar, a Samajwadi Party import, from Firozabad against Dimple Yadav, wife of Akhilesh Yadav and bahu to the SP’s patriarch, Mulayam Singh Yadav. Firozabad had then been a SP stronghold and Rahul’s limited, albeit impressive, success at reviving the Congress in UP during the 2009 Lok Sabha polls had given Congress the confidence of pushing the gauntlet further. Babbar, like Kidwai, won the seat defeating Dimple. However, in the years since, the Congress progressively lost all it had gained electorally in the state in 2009 and Rahul too lost his family seat of Amethi in the 2019 Lok Sabha polls.

If the Gandhi siblings did finally decide to plunge into the by-election campaign for the seats in UP and MP, they could make yet another strong political statement. In UP, Priyanka is already the party’s in-charge; tasked to revive her near extinct party. Of the eight assembly bypolls due in the state, one is for the seat of Bangarmau which was vacated after BJP MLA Kuldeep Sengar was disqualified from holding public office due to his conviction in the Unnao rape case. Priyanka has made women’s safety – or the lack of it – in UP a major electoral issue and so her campaigning for the Congress candidate in Bangarmau would only seem as a logical extension of her utterances. However, she is yet to signal whether or not she really wants to hit the dusty lanes of this undistinguished town in UP’s Unnao district.

The Congress’s list of star campaigners featuring Rahul and Priyanka has caused some cheer within their crisis-ridden party. But, if the Gandhi siblings continue to work-from-home and wage their political wars on Twitter instead of the streets – following the brief combativeness in Hathras – the buoyancy within party cadres would be yet another case of much ado about nothing.

NEET Blunder: Initially Declared As A Low-Scorer, Mridul Rawat Emerges As A Topper