Will Fight For Restoration Of Article 370 In J&K: Mehbooba Mufti

In her first public message after her release from detention, former Jammu and Kashmir Chief Minister Mehbooba Mufti has said that she will fight for the restoration of Article 370. She also said that she will exert all efforts to resolve the Kashmir conflict. 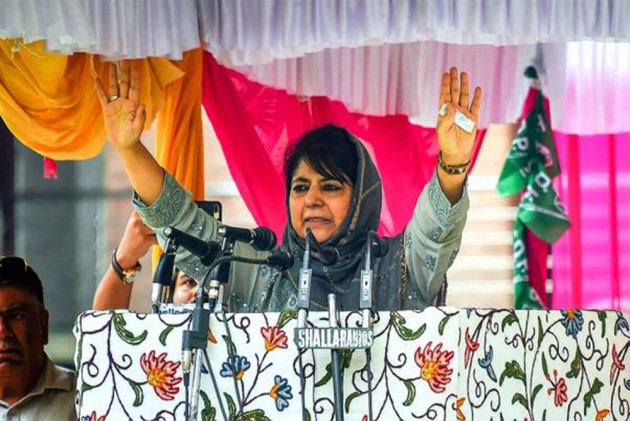 “We should all pledge to take back from Delhi, what it usurped from us through unconstitutional, illegal, undemocratic means,” Mufti added in an apparent reference to Article 370. “We should also struggle to resolve the Kashmir issue for which thousands of people have sacrificed their lives. I concede this road is not an easy one. But I firmly believe that our resolve will help us win this fight. I have been released now and I want all other political prisoners who are languishing in different jails throughout Jammu and Kashmir to be released as well,” Mufti said.

Mehbooba Mufti was arrested on August 5, 2019, the day the government revoked Article 370. She was booked under section 107 of the Code of Criminal Procedure (CrPC). Six months later the former chief minister was booked under the PSA.

The Episode Of Tyranny Is Over: Jammu And Kashmir Political Leaders React To Mehbooba’s Release

Early this month Iltija Mufti, Mehbooba Mufti’s daughter had filed a petition before the Supreme Court seeking the release of her mother. In response the government cited the “geopolitical position of Jammu and Kashmir”, its geographical proximity with Pakistan, and Mehbooba’s “glorifying militant” statements for the continuation of her detention under the Public Safety Act (PSA).

Reacting to her mother’s release, Iltija expressed surprise. “I was not really expecting this sudden decision. I think after I went to the court with a fresh petition the government might have felt a sense of shame and embarrassment and released her,” Iltija told Outlook.

Other political leaders in Jammu and Kashmir have also welcomed Mehbooba Mufti’s release. “I’m pleased to hear that @MehboobaMufti Sahiba has been released after more than a year in detention. Her continued detention was a travesty & was against the basic tenets of democracy. Welcome out Mehbooba,” former chief minister Omar Abdullah tweeted.

I’m pleased to hear that @MehboobaMufti Sahiba has been released after more than a year in detention. Her continued detention was a travesty & was against the basic tenets of democracy. Welcome out Mehbooba.