'Why Was She Not Given Security': Priyanka Gandhi Blames UP Govt For Unnao Rape Victim's Death

The 23-year-old rape victim from Unnao, airlifted to Delhi and admitted to the Safdarjung Hospital here after she was set ablaze allegedly by five persons including two men accused of raping her, died on Friday night. 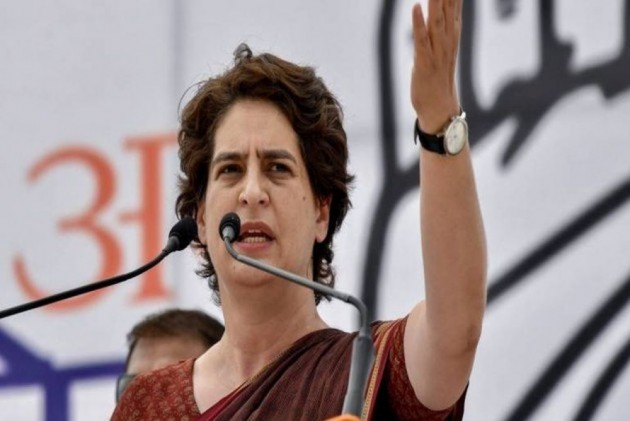 Congress general secretary Priyanka Gandhi Vadra on Saturday questioned the Uttar Pradesh government as to why the Unnao gangrape victim was not given security keeping in mind a similar incident that took place earlier in the same district.

The Congress leader, who was on a visit to the state capital, then rushed to Unnao to meet the family of the victim and extend condolences to them, party sources said.

The rape victim succumbed to severe burns in Delhi's Safdarjung Hospital late Friday night and the body is being taken to her village in Unnao district by road, her family said.

Unnao Rape Victim, Set On Fire By Men Accused Of Raping Her, Dies In Delhi

In a tweet, Priyanka Gandhi said: "Why the victim of Unnao gangrape case was not given security keeping in mind an earlier incident of Unnao? What action has been taken on the police official who refused to register an FIR? What steps are being taken by the government to stop crime against the women, which take place on a daily basis?"

She was referring to another alleged attack in the district in July, when the car in which a woman, who had accused BJP MLA Kuldeep Sengar of raping her, was was hit by a truck.

In another tweet Priyanka Gandhi said: "I pray to God to give courage to the family members of Unnao victim."

She also went on to say that it is everyone's collective failure as a society that the victim was not able to get justice.

"At the social level, we all are guilty, but at the same time, this also points out to the hollow law and order mechanism in UP," she tweeted.