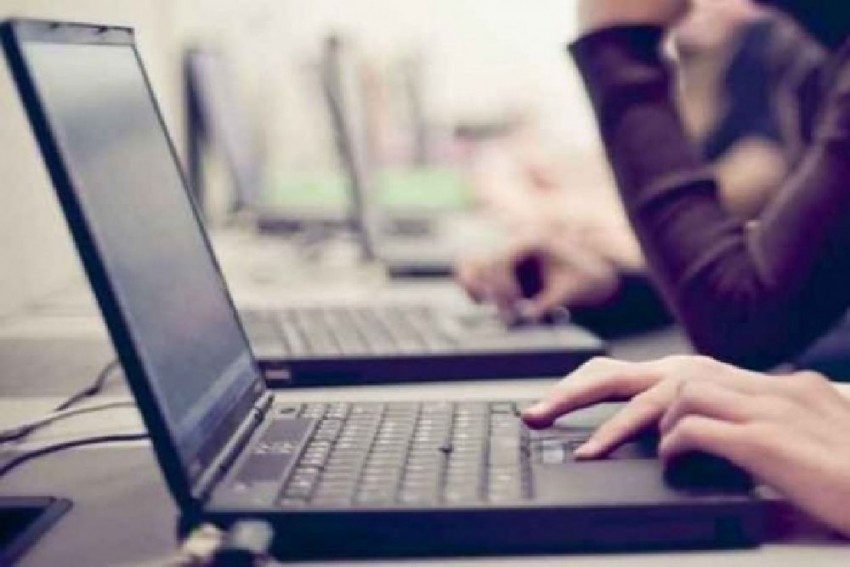 This incident happened recently on the campus of a private university in the Delhi-NCR area, or rather on its borderland. A student was trying to get past campus security. It was his campus, and he was on his way back. The guards would not let him in. They could not believe that he was a student of this wealthy campus.

Reason? The student was carrying a keypad non-android phone, the kind most of his peers on campus had perhaps never seen or had seen only with their grandparents. Which stoked the suspicion of the security guards, mostly men and women from the villages flanking Delhi-NCR.

“All students here have smartphones,” they said. “You don’t belong here. You’re lying.” According to the student, “In this technology era, It’s not only people but also technology which fails us. I don’t have a smartphone and that has been a big challenge for me on campus as it hinders my level of engagement with peers.”

Being admitted and getting an ID Card clearly doesn’t cut it for certain kinds of campuses. “Belonging” remains elusive. It even depends on what “belongs” to you -– not merely in terms of aptitude and ability, but in terms of material possessions, as well as less material but no less tangible badges of social capital.

Says another student: “If it weren't for my family and my community, I would have left the university long ago. Each day is a struggle for me. I am judged on clothes I wear to college, the slippers I wear to classrooms, the same cloth bag I carry to all places, my broken English and my hometown which people are unable to identify geographically as it’s an unfamiliar place in such big universities.”

Discrimination against the poor – making fun of them, keeping them outside the gate – is inseparable from the story of humankind. But they take on a unique texture on university campuses, where merit and ability are supposed to be the highest form of wealth. And at universities endowed with private wealth that attract students from the high echelons of society, the exclusion of the poor is as toxic and cancerous as it is visible and invisible in equal measure.

As India builds more private universities that attract the well-heeled, poor and socially disadvantaged students face newer forms of a very ancient discrimination. Do you belong or are you a fraud? What kind of phone do you use? What is the cut of your clothes? How do you sound when you speak English – the only language that matters around here?

All around the world, at universities funded and inhabited by exclusive private wealth, providing scholarships to poor students never solves the problem. Scholarships are a crucial and laudable gesture without which these students wouldn’t get here in the first place; but it hardly protects them when they actually start living here. Naturally, this is a more acute problem on residential campuses.

When I was teaching at Stanford, the story I heard went like this: you get by as a poor student, often from a minority race group during the semester; what do you do when everybody around you goes to the south of France for spring break and you barely have spare change to step out of campus?

There are reasons why many students from disadvantaged communities do not feel they can apply to Ivy League colleges in spite of the need-blind admission and support system they have thanks to their generous endowments. Not only does their admission process privilege certain invisible patterns of upbringing and education, but the privileging takes acute social and ideological forms if and when they actually arrive on campus.

This is not a new problem in the West, certainly not in the US, where the capitalist system encourages the concentration of vast swathes of wealth in individual institutions. But it is a new problem in the higher education landscape of India, which has been defined for most of the 20th century by a large scaffolding of public universities framed by a culture of Nehruvian socialism. Here, one could get a very good education for practically nothing.

Even within that large scaffolding, certain institutions have blazed particularly admirable trails when it has come to social inclusiveness. Economist Abhijit Banerjee, one of the winners of this year’s Nobel Prize in Economics, said in a recent interview that Jawaharlal Nehru University showed him a model of class and caste inclusiveness that he did not experience in Presidency College back in Calcutta. Presidency, despite being a public institution, was far too straddled with the old boys' network from the Bengali upper castes.

“At JNU,” he told The Telegraph, “I was suddenly thrown into a world where there were very few people like me. And many people who were lower middle class.”

This is the landscape where now enters elite private universities with hefty price tags, sometimes seriously out of joint with the economic pulse of the nation. My own institution, Ashoka University, charges Rs 9,40,000 per year to its undergraduate students, which includes tuition, room and board. India’s per capita income in June 2019 was reported as Rs 1,26,408 by the Ministry of Statistics and Programme Implementation.

Some of these institutions, notably Ashoka itself, are devoted not to the professional disciplines that offer the lure of quick upward mobility, but to the serious study of the fundamental arts and sciences. A deep intellectual interest in the disciplines – as opposed to their professional deployment – in an expanding middle-class is the sign of the economic, social, and intellectual vibrancy of a nation. This is also a point made by Banerjee in the same interview.

But with the hefty price tags comes the ubiquity of high-end smartphones. Possessing one becomes the marker of student identity, even to the campus security guards. The painful question that remains is whether these wealthy, new-age institutions are in the danger of failing students from a poor and disadvantaged background far more dangerous than our traditional public institutions have done. In spite of the old-boys network that connects Andover and Yale and Princeton, there is a strong culture of meritocracy in the US which is set in motion by the curious ahistoricity of American capitalism. India, dense with class and caste networks of power and privilege, is nothing like that.

What does it mean, then, to have an Ivy-League like higher education system in India? How can it assure campus comfort for the student who only has an old-style phone?

(The author is Professor of English & Creative Writing at Ashoka University. He is the author of several books, including College: Pathways of Possibility. @_saikatmajumdar)