Five missing Army jawans still remain untraced since an avalanche that occured on Wednesday near Shipki La along the India-China border in Himachal Pradesh. 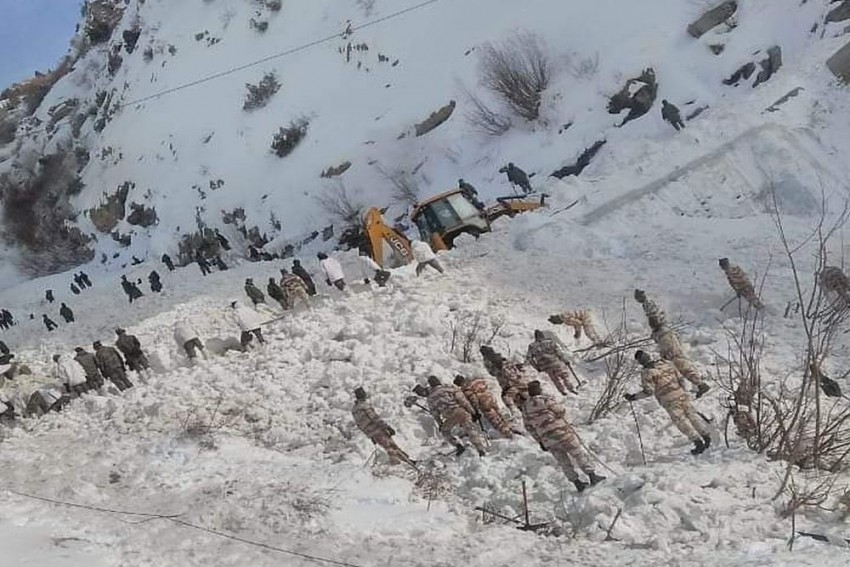 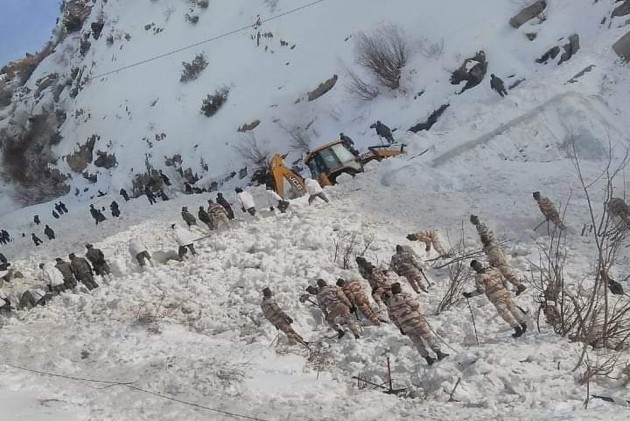 Six jawans of the Army's 7 JAK Rifles - four from Himachal Pradesh, one each from Uttarakhand and Jammu and Kashmir - were buried under the avalanche that occurred near the Shipki La border outpost in Kinnaur district around 11 am on Wednesday.

Himachal Pradesh: Visuals of operations underway to rescue 5 Army personnel who are trapped after an avalanche (on February 20) at Namgya in Kinnaur district. pic.twitter.com/GQovwKySrh

The body of Havaldar Rakesh Kumar was recovered the same day, while the others are still missing.

An operation to trace the personnel was underway, a district official said.

The weather is clear in Pooh town but it is cloudy near the spot of the incident, Kinnaur district public relations officer Mamta Negi said, adding that the rescue operation was restarted at 7 am on Monday.

The search and rescue operation is being closely monitored by the Western Command of the Army, a defence spokesperson said.

The last rites of Havaldar Rakesh Kumar were performed with full military honours at his native Ghumarpur village in Bilaspur district on Friday.

Congress Has Refused Alliance With AAP, We Will Go It Alone In Delhi: Arvind Kejriwal