'How will you guarantee my safety? What's the guarantee that nothing will happen to me,' the girl asked. 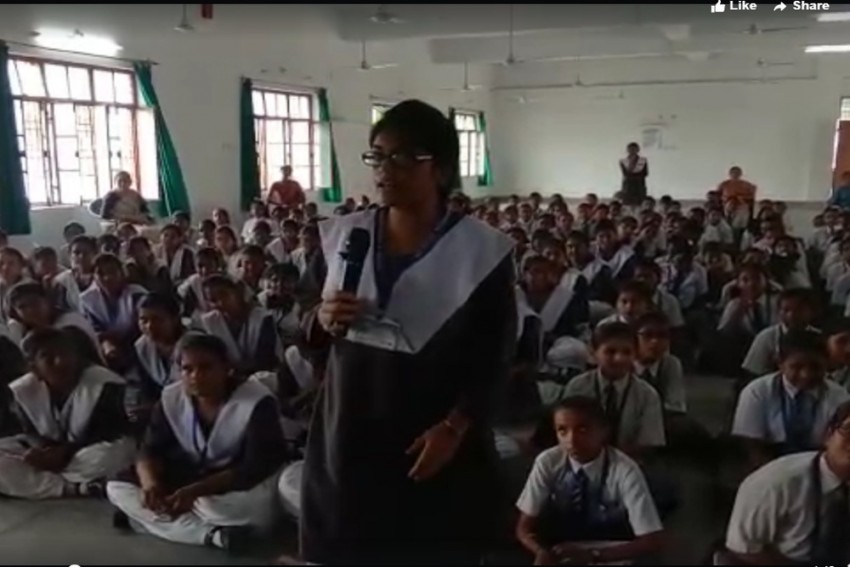 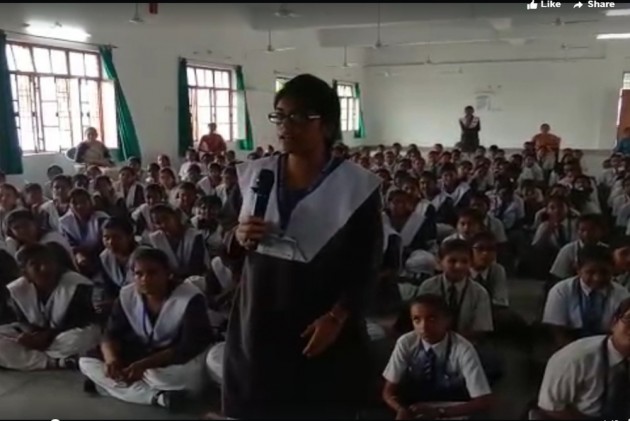 It was an initiative that backfired on the Uttar Pradesh Police.

UP Police officers are visiting various schools in the state to deliver lectures as part of the police security week. The cops are telling the students about the salient features of being good, law-abiding citizens.

On Wednesday, Additional Superintendent of Police (ASP) S. Gautam delivered one such lecture at the Anand Bhawan school where he had just spoken at length about the right to raise one's voice and protest, when Muniba Kidwai, a Class XI student, stood up.

"You said we should raise our voice and protest. We know a teen was raped by a BJP leader. Everyone knows it was no accident. The truck number plate was painted black... It is one thing to protest when an ordinary person is involved, but what happens when the person is someone powerful?

"We know no action will be taken if we protest and even if action is taken, it will be of no use. The girl is in a critical state...If we protest, how will you ensure justice? How will you guarantee my safety? What's the guarantee that nothing will happen to me," she asked as the officer turned ashen-faced.

As Kidwai continued to add to the discomfiture of the ASP with her questions, her schoolmates clapped and cheered her on.

The entire conversation was video recorded.

Kidwai was referring to the July 28 car accident of the Unnao rape survivor in which the survivor and her lawyer were critically injured and two female relatives, including a witness, were killed.

BJP MLA Kuldeep Singh Sengar, whom the victim had accused of raping her in 2017, has also been blamed for the car crash. The state government has ordered a CBI inquiry into the accident. The FIR named the accused MLA and his family members.

The rape survivor's family members have alleged that they had made multiple complaints of threats and intimidation by the accused MLA's henchmen.

Senior Unnao police officer M.P. Verma confirmed that 25 complaints were received from the family, but added that "from whatever I have seen, I have not seen any request for security. We are studying the case and we will see."

The case will come up in the Supreme Court on Thursday.

The UP Police have been facing flak for the inept handling of the Unnao rape survivor's case, in particular, and the deteriorating law and order situation in the state in general.