Trump, a Republican, announced on Twitter, before his account was suspended, that he would not be attending Biden's inauguration. 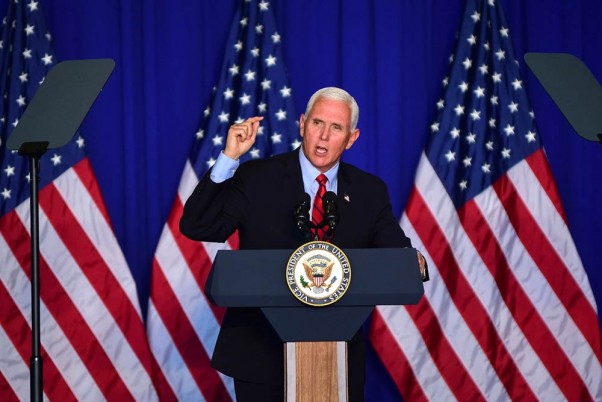 According to US media outlets, information regarding Pence's intention to watch Biden take his oath of office in person spread after the first major break between him and Trump -- when the Vice President defied the outgoing President by performing his constitutional duty to certify the November 3 election results.

Trump, a Republican, announced on Twitter, before his account was suspended, that he would not be attending Biden's inauguration.

Pence will attend the inauguration of President-elect Biden, CNN reported, quoting a source familiar with the plans.

Biden, a Democrat, said on Friday that he was glad President Trump decided not to attend and that Vice President Pence is "welcome to come. I'd be honoured to have him there."

"It's a good thing, him not showing up," Biden said on Friday in Wilmington, Delaware, at a news conference.

"He exceeded even my worst notions about him. He's been an embarrassment to the country, embarrassed us around the world. He's not worthy to hold that office," Biden said.

The decision is Pence's second high-profile split from Trump, after standing loyally behind him for years. Despite pressure from Trump, Pence affirmed Biden's victory when the US Congress finished tallying Electoral College votes early on Thursday.

Trump had called for Pence to show "extreme courage" by rejecting the certification process.

Trump has spent weeks falsely claiming the November presidential election was rigged, culminating in a violent mob of his supporters overtaking the Capitol on Wednesday and leading to the deaths of five people, including a police officer.

Former US presidents Barack Obama, George Bush and Bill Clinton are also expected to attend the scaled-down inauguration, sans the traditional parade and crowds on the National Mall.

The congressional committee that plans the inauguration ceremony has said that the swearing-in will take place on the Capitol's West Front as planned, despite the unprecedented events of Wednesday.

The team planning the ceremony has advised people to not travel to Washington because of coronavirus risks.