Girish Karnad had been ailing for a long time and was seen using oxygen pipe at some of his recent public appearances. 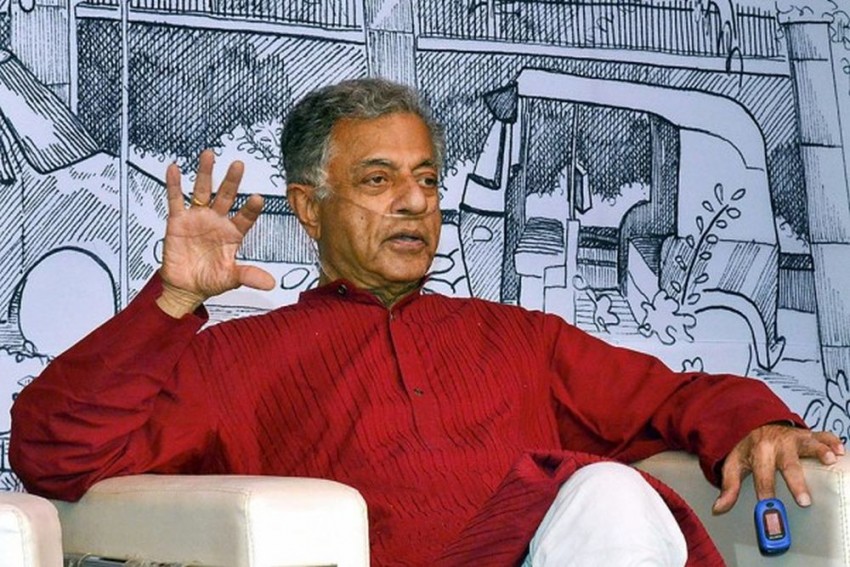 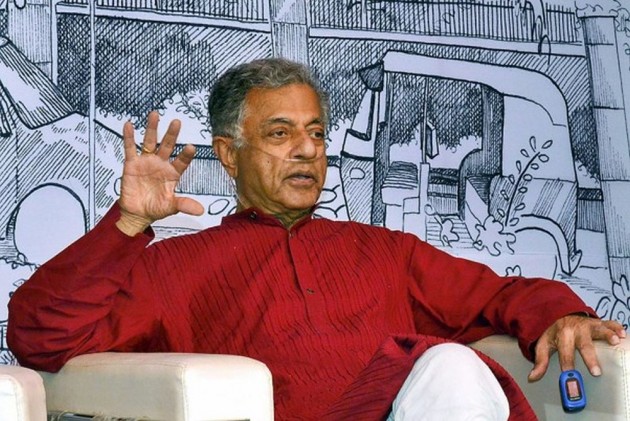 Veteran actor, playwright, and Jnanpith awardee Girish Karnad breathed his last on Monday morning in Bengaluru. He was 81.

Karnad had been ailing for a long time and was seen using oxygen pipe at some of his recent public appearances.

Born in Maharashtra's Matheran in the year 1938, Karnad rose to fame with a Kannada play named "Tughlaq" which he wrote at the age of 26.

Karnad, known for his work in the field of literature and cinema, also became a renowned face in the country after essaying the role of Swami's father in Malgudi Days TV series.

Veteran actor Kamal Haasan paid his tribute to the legendary playwright on Twitter, saying his "works perhaps will make his loss partly bearable."

Mr.Girish Karnad, His scripts both awe and inspire me. He has left behind many inspired fans who are writers. Their works perhaps will make his loss partly bearable.

Speaking to Outlook, theatre personality Sunit Tandon said he had met Karnad only a few times, most memorable when they went together with a team from the science popularisation programme "Turning Point".

"He used to anchor the programme and I used to do the voice overs of the stories. We were going to film the total solar eclipse at Fatehpur Sikri.

"It was a memorable trip, not only for the spectacle of the occasion but also because of his warm, easy-going and down to earth presence. It was a pleasure spending time in his company," Tandon said.

"One never felt the weight of his many accomplishments and achievements and his near legendary status as the playwright of 'Tughlaq' and 'Hayavadan', to name just two of his outstanding works," he said, adding he shall be greatly missed.

For the past four decades, the veteran playwright had often used history and mythology to comment on contemporary issues. His plays, primarily written in Kannada, have been translated into English and other languages too.

After completing his graduation from Karnatak Arts College, Karnad moved to England where he studied at Magdalen in Oxford as a Rhodes Scholar, earning his Master of Arts degree in philosophy, political science and economics. He was elected the President of the Oxford Union in 1963.

The veteran actor was in 2017 seen in Salman Khan-starrer "Tiger Zinda Hai", a sequel to "Ek Tha Tiger", another film Karnad was part of.

Most recently, Karnad was one of the 200 writers and artists who urged the people of India ahead of the Lok Sabha Elections 2019 to cast their votes in favour of a "diverse and equal India", and help eliminate the politics of hate.

The government of India had honoured him with Padma Shri in 1977and Padma Bhushan in 1992. Karnad had also won four Filmfare awards, including three "Best Director" trophies -- Kannada and another one for the screenplay.

Gorakhpur: Another Man Arrested For Posting 'Obnoxious' Content Against UP CM Yogi Adityanath