‘Veeranganas On Wheels’ In Himachal To Help Women In Distress 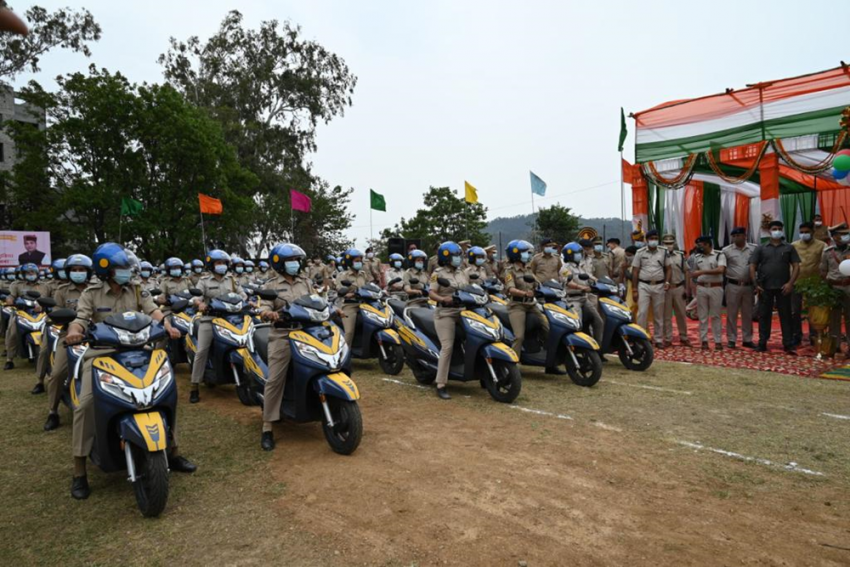 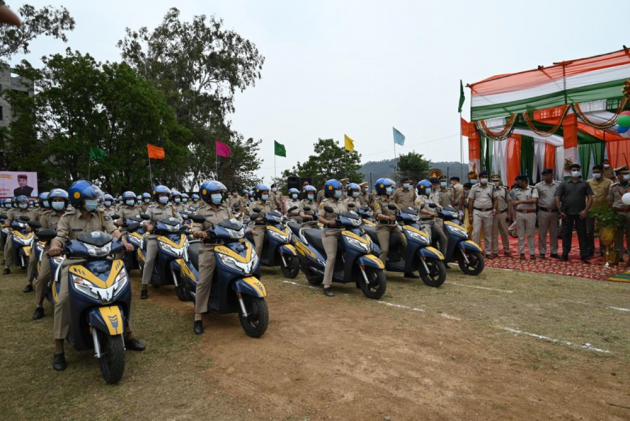 Women in distress in Himachal Pradesh, whether at home or outside, now have cops on wheels to rush to their assistance.

This they can do by calling the Gudiya helpline (1515), Emergency Response System Service (112), CM Helpline (1100) or just walk into any help desk at every police station dedicated to taking in complaints by women.

On “Himachal Day”, Chief Minister Jai Ram Thakur flagged off 135 dedicated two-wheelers –“Honda Activa” – riders. These women cops on two-wheelers, aptly named “Veerangana on Wheels”, will respond to any crisis situation to reach out to the women in need of police assistance.

This is an altogether new initiative that Himachal Pradesh has rolled out to deal with sexual offences apart from two existing dedicated helplines – one of these started in 2018 after the Kotkhai rape and murder of a 16-year old.

Director-general of police Sanjay Kundu said, “The initiative is primarily to instil a sense of confidence among women who constitute almost 50 per cent of the population, yet are the most vulnerable, which is a hard reality.”

A sizeable number of women cops are now in the police force with several of the officers. They will ensure that any woman who is a victim of harassment or violence gets justice.

He said the Himachal Pradesh Police Women Help Desks in every police station are meant to facilitate a safe and welcome experience for women who go there to file complaints.

“In order to reduce the response time for complaints made by girls and women, these help desks needed dedicated mobility. And they can quickly ride the two-wheeler and reach the spot,” said Kundu.

During the Covid-19 lockdown last year, cases of domestic violence saw a tremendous spike in the state.

In August 2020, the police also introduced register no. 26 at all police stations to maintain data of the crime against women and the response of the police thereafter.

Recently, the fifth National Family Health Survey (2019-2020) indicated a rise in violence against women in domestic spaces in Himachal Pradesh.

In 2015, violence against women in domestic spaces was 5.9 per cent. Most of the incidents reported were acts of spousal violence, with the rural areas reporting a higher incidence (8.7 per cent) of the crime when compared to the state’s urban areas (6 per cent).

Himachal Pradesh ranked among the top five states in the country in terms of crime rate (crime per one lakh population) of several offences against women, as per the NCRB’s “Crime in India 2018” published in 2020.

These crimes include abetment to suicide, cyber crimes against women, rape and molestation of minors, murder with rape, domestic violence, kidnapping a minor to compel to marriage and human trafficking.

The report cited some shocking crimes in which a distant uncle raping a 2-year-old girl in Balh, a man raping his 75-year-old mother-in-law in Sangrah, and a 23-year-old man committing “unnatural sexual act with a calf” in Sirmaur.

In the total cyber crimes reported, a majority of the victims have been females. In 2019 for instance, 54 of the 73 cybercrimes were reported by women.