The enquiry report submitted by Justice (Retd) B N Srikrishna on Wednesday concluded that there was lack of diligence with respect to annual disclosures and violation of code of conduct, on Kochhar's part. 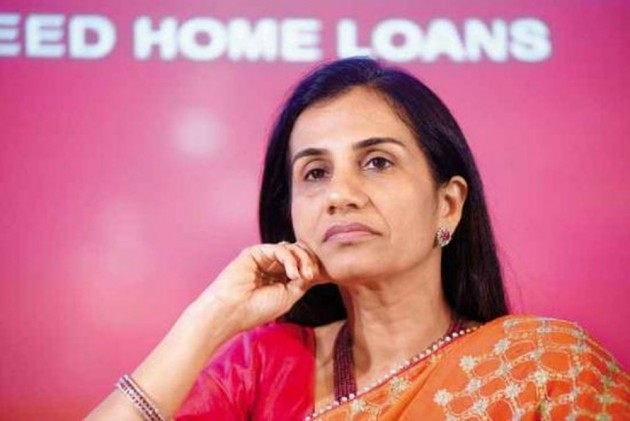 An independent enquiry panel on Wednesday indicted former ICICI Bank chief Chanda Kochhar for violating regulations, with the bank deciding to stop all her unpaid retirement benefits and recover bonuses paid since 2009, an embarrassment for the lender which had given the once high-flying banker a clean chit in the Videocon loan case last year.

Hours after the ICICI Bank disclosed the findings of the Justice B N Srikrishna-led panel as well as the move to consider her resignation as "Termination for Cause", Kochhar said she was "disappointed, hurt and shocked" by the decision.

"I am utterly disappointed, hurt and shocked by the decision. I have not been given a copy of the report. I reiterate that none of the credit decisions at the bank are unilateral," Kochhar said in a late night statement.

"ICICI is an institution with established robust processes and systems which involve committee-based collective decision-making with several professionals of high calibre participating in the decision-making," she added.

According to Kochhar, she was not provided with a copy of the report.

Kochhar's reaction comes after Justice Srikrishna Committee indicted her for violation of bank's code of conduct and conflict of interest duties in the controversial Rs 3,250-crore loan for the Videocon Group, a part of which went to a company run by her husband Deepak, that will cost her various financial benefits.

The action by the bank came six days after the CBI booked her along with her businessman husband Deepak Kochhar and Videocon MD Dhoot and a few others for criminal conspiracy in an alleged loan fraud case.

In a statement issued by the bank on the findings of the Enquiry Report of Justice (Retd) BN Srikrishna, ICICI Bank said: Following the receipt of the Enquiry Report, and due consideration of the Enquiry Report and the conclusions thereat, after due deliberations, the Board of Directors decided to treat the separation of Ms Chanda Kochhar from the bank as a Termination for Cause under the banks internal policies, schemes and the Code of Conduct, with all attendant consequences (including revocation of all her existing and future entitlements such as any unpaid amounts, unpaid bonuses or increments, unvested and vested and unexercised stock options, and medical benefits), and require the clawback of all bonuses paid from April 2009 until March 2018, and to take such further actions as may be warranted in the matter.

The bank also noted that there were no implications of the Enquiry Report on its published financial statements (Indian or US General Accepted Accounting Principles) for the relevant periods.

Last week, the CBI lodged an FIR against 57-yar-old Chanda Kochhar, Deepak and Videocon Managing Director V.N. Dhoot besides four companies in connection with the controversial loan. As part of a quid pro quo, Dhoot allegedly invested Rs 64 crore in NuPower Renewables Pvt Ltd run by her husband. She had stepped down from the post of CEO and MD in October last year after media expose of the loan saga. Her tenure in the Bank was to end this March.