The Trust named Indo-Islamic Cultural Foundation will have a maximum of 15 trustees, with the Uttar Pradesh Sunni Central Waqf Board being its founder trustee. 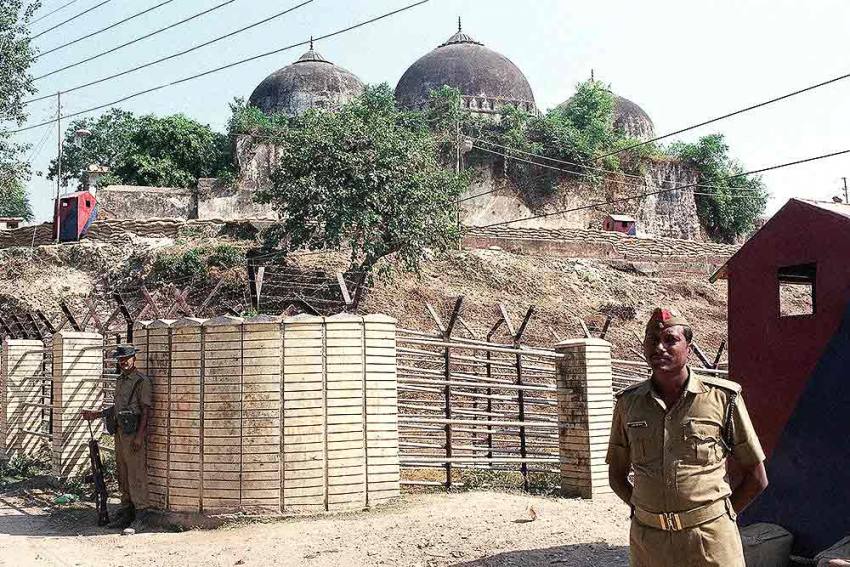 In this file photo, a security officer guards the Babri Mosque in Ayodhya, closing off the disputed site claimed by Muslims and Hindus.
AP/PTI Photo
PTI July 29, 2020 00:00 IST UP State Sunni Central Waqf Board Announces Trust For Building Mosque On 5-acre Plot In Ayodhya 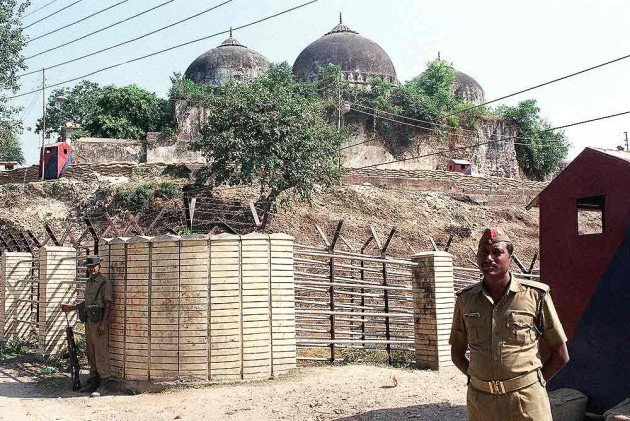 Uttar Pradesh State Sunni Central Waqf Board (UPSSCWB)  President Zufar Ahmad Farooqui announced on Wednesday the formation of a Trust for construction of a mosque on a five-acre land in Ayodhya.

The board president said that he will be the chief trustee and the chairman of the Trust.

"We made the Trust named Indo-Islamic Cultural Foundation. It will oversee the construction of a mosque, Indo-Islamic research centre, library and hospital in the five-acre land allotted to the board in Ayodhya's Dhannipur village," Farooqui told PTI.

An official spokesperson of the Board said, "The Trust will have a maximum of 15 trustees, with the Uttar Pradesh Sunni Central Waqf Board being its founder trustee."

Farooqui said the Trust will have 15 members, of which names of nine have been declared.

"The Trust will co-opt the remaining six trustees. The secretary of the Trust will also be its official spokesperson," he said.

The Supreme Court had in November last year paved the way for the construction of a Ram Temple by a Trust at the disputed site in Ayodhya, and directed the Centre to allot an alternative 5-acre plot to the Sunni Waqf Board for building a new mosque at a "prominent" place in the holy town in Uttar Pradesh.

The state government allotted a five-acre land in Dhannipur village in Sohaval Tehsil of Ayodhya.