UP Police Arrests 70 People In 2 Days Since Ayodhya Verdict, Remains On High Alert 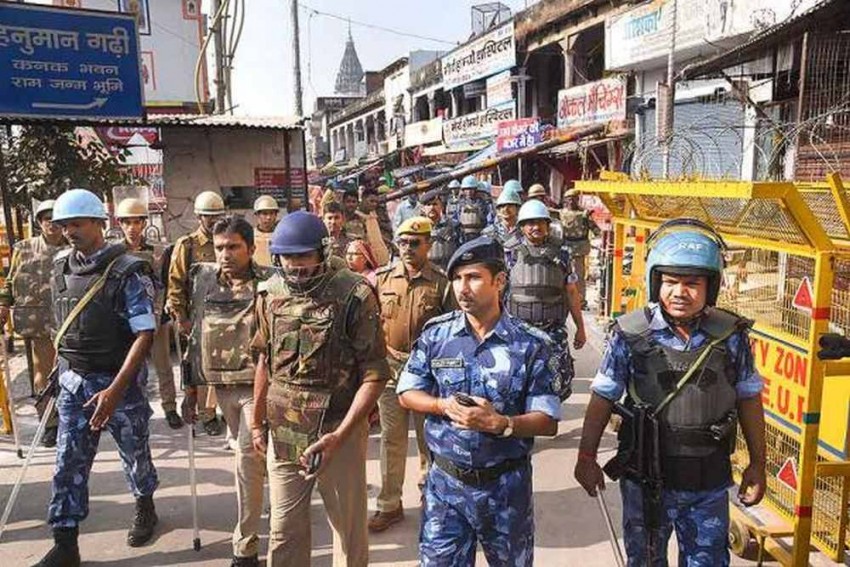 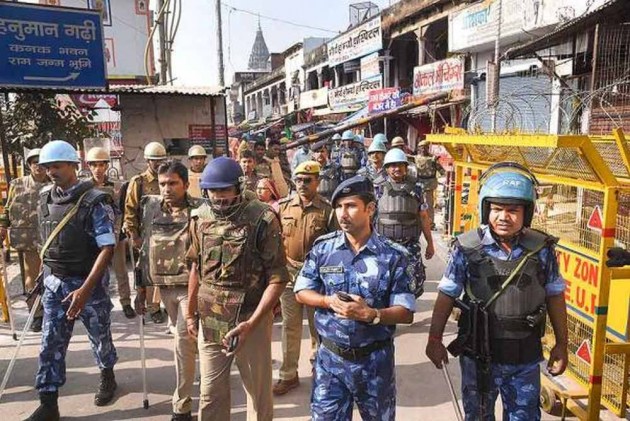 As many as 70 people have been arrested for rumour-mongering in Uttar Pradesh while more than 270 social media accounts have been reported for further action, the state's police said.

The Uttar Pradesh Police said it was on constant alert mode "as long as required" and also monitoring social media platforms to quell rumours and fake messages in the wake of the Supreme Court verdict in the Ayodhya case.

Despite the verdict, that handed the disputed land to Hindus and provided an alternative plot for a mosque to Muslims, coming out on November 9, every district is still on a "high state of preparedness" and no untoward incident has been reported so far, Uttar Pradesh DGP O P Singh said.

"The eight police zones are working at macro-strategic levels. Additional DGs are effectively coordinating action among zonal districts along with CAPFs and other departments in their jurisdictions," he said.

"At the district level, each district has been divided into zones and sectors for focused response. We shall be on alert mode for as long as would be required," Singh told PTI.

The DGP said a special team has also been tasked to check messages and contents being published on various social media platforms in order to quell rumours and counter them with facts.

"We have a social media cell at the headquarters (in state capital Lucknow) which is headed by a Superintendent of Police-rank officer. This cell coordinates with district social media cells. They take cognisance of messages tagged to them, or even otherwise, and get the objectionable content removed and follow up with necessary legal action," Singh said adiing that all major social media platforms were being monitored.

In addition, he said, about 3-lakh digital volunteers have been roped in to report fake news and to disseminate the factual version while a dedicated phone number has been publicised for people to report motivated or fake posts.

"Every day, we review confidence-building and law and order situation from the headquarters through reports, video conferences and direct contact. Our objective is to have enough show of force to act as a deterrent and to work through specific intelligence, of course, with the cooperation of members of the public," the DGP said.

Singh said he has given some explicit directives for this sensitive period post-verdict.

"No procession or victory celebration are to be allowed. Rumours should be quickly quashed and the concerned brought to book. We will not tolerate any attempt to breach public order. We are appealing to everybody to respect the verdict of the honourable Supreme Court," he said.

Police officers and personnel have also been directed to be continuously mobile and keep checking various sensitive areas. Quick Response Teams have been activated as well.

"We have deployed 228 companies of PAC (provincial armed constabulary) and 40 companies of CAPFs along with civil police and home guards in the state," he said. A CAPF or PAC company has an operational strength of about 100 personnel.

Asked about the strength of police booths in Ayodhya district, he said 21 companies of Central Armed Police Forces, 40 companies of PAC, anti-terror squad (ATS) and bomb detection and disposal teams have been deployed in addition to the civil force, he said.

The police have also been on its toes ahead of the verdict. "During this month alone, 326 illegal arms were seized and 2 arms factories busted. To prevent misuses of licenced arms, 1,72,610 licensed arms have been checked so far and 57 arms licences suspended," said Singh.