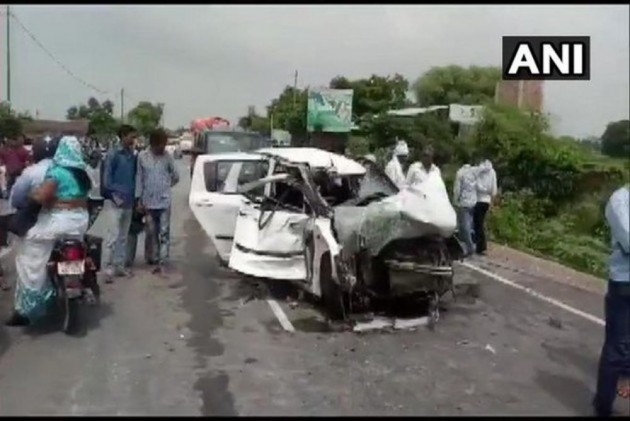 The condition of the Unnao rape survivor and her lawyer, who are undergoing treatment at the King George Medical University hospital in Uttar Pradesh after getting critically injured in a road accident, is stable, doctors said.

"The rape survivor has sustained multiple fractures. A CT scan was conducted on her. It revealed no head injury. Her condition is stable and doctors are monitoring her situation round the clock." PTI quoted KGMU's Trauma Centre in-charge, Dr Sandeep Tiwari Tuesday, as saying.

The victim, however, is still on a ventilator, he added.

Asked about her lawyer's condition, Dr Tiwari said the advocate was removed from the ventilator for sometime on Tuesday during which his condition remained stable.

"He was, however, put again on the ventilator," he added.

The rape survivor and her family members met with an accident when a truck collided into the car they were travelling in. Her two aunts were killed. She and the lawyer were critically injured.

On Monday, the condition of the girl was said to be "highly critical". The rape survivor was put on ventilator support after her health deteriorated further on Monday morning.

"The girl has sustained internal injuries besides fractures in her collar bone, ribs and right thigh. The lawyer has head injury besides 13 fractures in all. Both are on ventilator and their condition remains critical," said trauma surgery head, Sandeep Tiwari, had said on Monday.