Hope I Win With A Bigger Margin This Time: Nitin Gadkari

Gadkari arrived at the polling booth at Town Hall in Mahal area along with his family members around 10 am to vote. In the last election Gadkari had won Nagpur seat, with 5,87,767 votes. 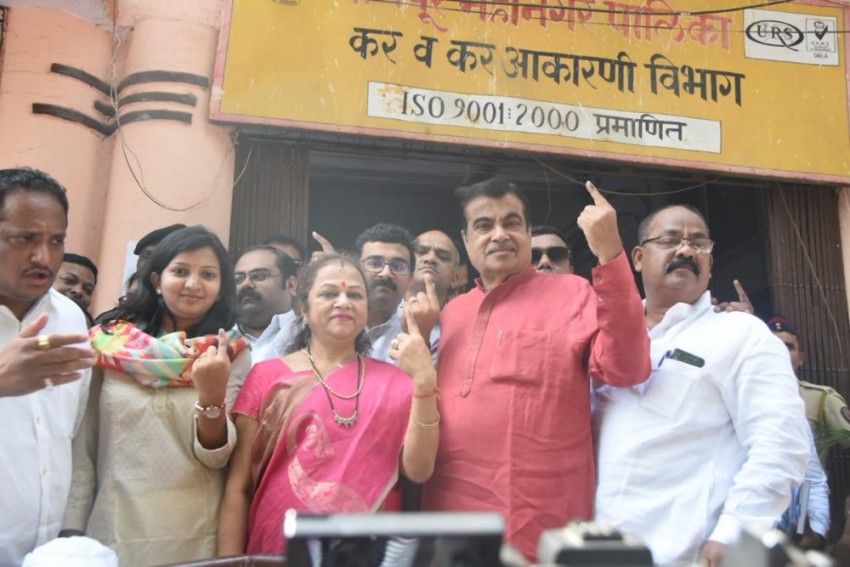 Nitin Gadkari Along With His Family Cast His Vote On Thursday
Pic Credit: Twitter
Outlook Bureau April 11, 2019 00:00 IST Hope I Win With A Bigger Margin This Time: Nitin Gadkari 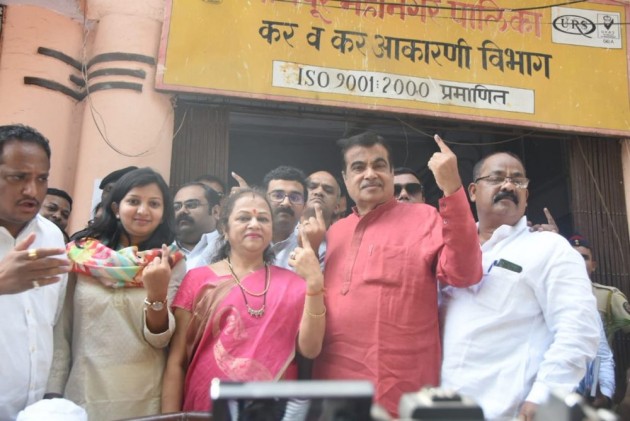 Union Minister, Nitin Gadkari,  BJP candidate from Maharashtra's Nagpur Lok Sabha seat, expressed hope that he would win the seat with an even bigger margin this time.

Gadkari, who arrived at the polling booth at Town Hall in Mahal area along with his family members, including wife and two sons, around 10 am,  said after casting his vote: "I feel that I will win with a better margin than the last election."

Taking to his twitter handle, Gadkari tweeted a photo of himself outside the polling booth. He also urged new and first time voters to come out and vote.

Me & my family have casted our vote. I urge all of you to step out of homes and caste your vote. Particularly new & first time voters. Let's celebrate the biggest festival of democracy by pursuing hundred percent voting.#LokSabhaElections2019 #Vote4India pic.twitter.com/D9Ib4OIvFh

After casting his vote, the minister told reporters, that he was happy to see people coming out in large numbers to exercise their franchise.

"India is the biggest democracy in the world. The entire world is looking at us. I am very happy that people have come out in large numbers to vote," he said.

Appealing voters to ensure a big turnout, Gadkari expressed hope of winning the seat with an even better margin this time, than in 2014.

"I went to people with the development works done by the BJP-led government in these five years. People have supported me immensely. I feel that I will win with a better margin than the last election," he said.

Earlier in the morning, RSS chief Mohan Bhagwat and its general secretary Bhaiyyaji Joshi were among the early ones to cast their votes in Nagpur.

Besides, NCP leader Praful Patel and his family members cast their votes in Bhandara-Gondiya Lok Sabha seat of the state.

Polling for the first phase of Lok Sabha elections began in the morning in the state's seven seats, which are, Nagpur, Wardha, Ramtek, Bhandara-Gondiya, Chandrapur, Gadchiroli-Chimur and Yavatmal-Washim.

All these seats are located in the state's Vidarbha region.