In one of the deadliest terror attacks in Jammu and Kashmir's three decades of militancy, a Jaish suicide bomber rammed an explosives-laden vehicle into a CRPF bus in Pulwama district, killing at least 40 personnel 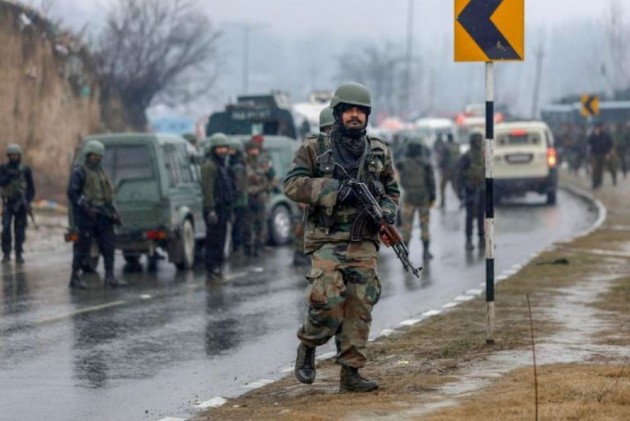 UN Secretary-General Antonio Guterres on Thursday (local time) strongly condemned the terrorist attack in Jammu and Kashmir's Pulwama district, perpetrated by Pakistan-based terror group Jaish-e-Mohammed, calling for those behind the attack to be brought to justice.

In one of the deadliest terror attacks in Jammu and Kashmir's three decades of militancy, a Jaish suicide bomber rammed an explosives-laden vehicle into a CRPF bus in Pulwama district, killing at least 40 personnel and leaving many critically wounded.

"We strongly condemn today's attack in Jammu and Kashmir's Pulwama. We express our deepest condolences to the families of those who lost their lives and to the people and the Government of India. We wish a speedy recovery to injured and call for those behind the attack to be brought to justice," the UN said in a statement.

Some of the major terror strikes in Jammu and Kashmir

Responding to a question by PTI on the terror attack, Dujarric said, "We, of course, wish a speedy recovery to those injured and call for those behind the attack to be brought to justice."

When asked about New Delhi's appeal to the international community to support India's proposal to list terrorists, including JeM chief Masood Azhar, as a designated terrorist under the UN Security Council's Sanctions Committee and to ban terrorist organisations operating from territories controlled by Pakistan, Dujarric said the "issue of listing of terror organisations is one that is in the hands of the Security Council".

Thursday's attack was one of the deadliest terror attacks on security forces in Kashmir. A bus, in which 42 CRPF personnel were travelling, was extensively damaged in the blast which was followed by firing on the vehicle.

Pakistan-based terror outfit Jaish-e-Mohammed (JeM) claimed responsibility for the attack, saying it was carried out by a suicide bomber.

Prime Minister Narendra Modi strongly condemned the attack and asserted that the sacrifices of the brave security personnel will not go in vain.

President Ram Nath Kovind too condemned the attack and assured that the entire nation is united to fight against the forces of terror and evil.