The government has also ordered the suspension of internet services in some parts of Delhi for 12 hours starting from Tuesday noon.

Protesting farmers who breached the Red Fort earlier today, have been forced out from the site by Delhi Police.

A group of farmers had entered the Red Fort and hoisted their flag atop the iconic structure after the tractor rally entered central Delhi amid clashes on Tuesday. The Indian flag was untouched, only Nishan Sahib's flags -- a marker of Sikhism -- were hoisted by farmers on the poles. The police resorted to lathi-charge to vacate the Red Fort premises.

Earlier, the farmers had deviated from the designated route for the proposed tractor parade against the new farm laws and moved towards ITO in central Delhi. Clashes broke out between police and protesting farmers after the latter reached ITO and tried to push towards Lutyen's Delhi, prompting the force to lathi-charge and tear gas the farmers.

At the moment, protests are being staged at ITO and Kashmere Gate in the national capital, among other places. One farmer died at ITO when his tractor overturned. 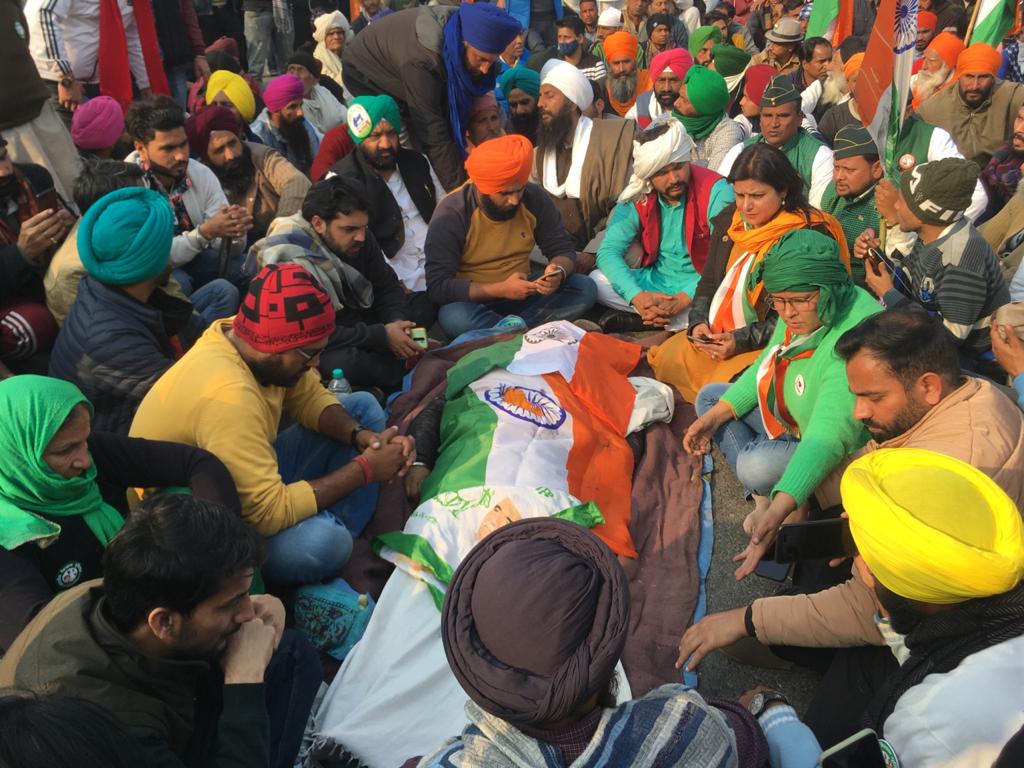 As per the police advisory, Connaught Place will remain closed. Meanwhile, the Ministry of Home Affairs has ordered the suspension of internet services in some parts of Delhi for 12 hours starting from Tuesday noon.

An official also said that the police personnel used tear gas to disperse groups of farmers as they tried to hold a march on the Outer Ring Road significantly before the allotted time.

Police have used barricades, tear gas and physical violence to stop them near Delhi Police headquarters to prevent them from moving towards Tilak Bridge. Police resorted to baton charge as protestors broke past barricades with tractors at different border points and did not take the pre-decided routes for their march in the national capital.

The police also asked the farmers to head back to their pre-decided routes for the tractor parade.

"We request to the protesting farmers to not take law in their hands and maintain peace," Additional PRO Anil Mittal said.

A group of ''Nihangs'' (traditional Sikh warriors) clashed with security personnel near Akshardham Temple. At Nangloi Chowk in west Delhi and at Mukarba Chowk farmers broke cemented barricades and police used tear gas to disperse them.

Meanwhile, senior farmer Balbir Singh Rajewal said farmers were following the pre-decided route. No one from the Sankyukt Kisan Morcha went to the Outer Ring Road.

"We condemn violence against farmers, appeal to all to maintain peace," Rajewal told PTI.

A member of the Sankyukt Kisan Morcha, an umbrella body of 41 unions, leading the protest against the three central farm laws at several border points of Delhi, said those who broke the barricades at Tikri border points belonged to the Kisan Mazdoor Sangharsh Committee.

He said the Sankyukt Kisan Morcha's tractor parade will start as scheduled after police give farmers way. The Kisan Mazdoor Sangharsh Committee on Monday announced that they would hold their march on Delhi's busy Outer Ring Road on Republic Day.

On Tuesday morning, groups of protesting farmers camping at Singhu, Tikri and Ghazipur border points of the national capital broke police barricades and tried to make their way to central Delhi before the time allotted by the Delhi Police for their tractor parade.

As per the agreement, farmers had permission to hold the rally on specific routes only after the official Republic Day parade concluded. They were also asked to remain in the adjoining areas of the borders and not take out the rally towards the central part of the city.

The policemen resorted to lathicharge and fired teargas shells to disperse the crowd.

In northeast Delhi's Shahdara, police lathicharged farmers who pushed through a police barricade at Chintamani Chowk and tried to deviate from the scheduled route. The rally was scheduled to head towards Apsara Border.

In the chaos, windshields of some vehicles were shattered but the police managed to disperse the farmers.