The unemployment figures in the US have reached an all-time high due to the coronavirus pandemic. 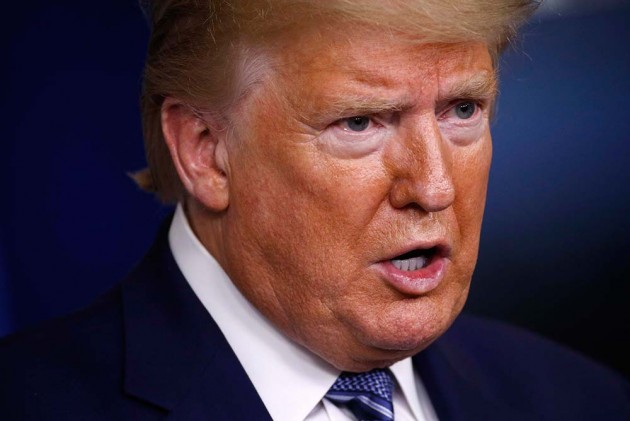 Four top Republican senators have urged US President Donald Trump to suspend all new guest worker visas for 60 days and some of its categories, including the H-1B visa, for at least the next year or until unemployment figures return to normal levels in the country.

The unemployment figures in the US have reached an all-time high due to the coronavirus pandemic. The letter has been signed by Senators Ted Cruz, Tom Cotton, Chuck Grassley and Josh Hawley.

"As you know, more than 33 million Americans have filed for unemployment coverage just since mid-March, and approximately one-fifth of the American workforce is currently out of work. This is a stunning difference compared with the historically-low nationwide unemployment rate of just 3.5 per cent in February this year," they said in their letter to the president on Thursday.

"To protect unemployed Americans in the early stages of economic recovery, we urge you to suspend all non-immigrant guest worker visas for the next 60 days," the senators said.

Exceptions to this suspension should be rare, limited to time-sensitive industries such as agriculture and issued only on a case-by-case basis, when the employers can demonstrate that they have been unable to find Americans to take the jobs, the senators wrote.

After 60 days, the senators urged Trump to continue to suspend new non-immigrant guest workers for a year or until the national unemployment figures return to normal levels, whichever comes first.

The H-1B work visa for foreign technology professionals is highly popular among Indians and a large number of Indians also opt for the EB-5 investors visa.

The senators argued that there is no reason why unemployed Americans and recent college graduates should have to compete in such a limited job market against an influx of additional H-1B workers, most of whom work in business, technology or STEM fields.

"Temporarily suspending the issuance of new H-1B visas would also protect the hundreds of thousands of H-1B workers and their families already working in the United States -- workers who could otherwise be subject to deportation if they are laid off for more than 60 days," they said.

"Of course, appropriate exceptions could also be crafted to the H-1B program suspension to allow for doctors, nurses and other healthcare professionals who wish to come to the United States to assist in combating the coronavirus pandemic," the senators wrote.

Additionally, the United States ought to suspend its Optional Practical Training (OPT) programme, which allows foreign students in the country to extend their stay after graduation for one to three years to get "experience in the field" by taking jobs here, they wrote.

In 2019, more than 223,000 former foreign students had their OPT applications approved or extended. While the merits of such a programme are subject to debate, there is certainly no reason to allow foreign students to stay for three additional years just to take jobs that would otherwise go to unemployed Americans as the country's economy recovers, the lawmakers said.

The senators also urged Trump to remove the EB-5 visa from the exemptions in his Presidential Proclamation issued on April 22, at least until real reforms are adopted.

The EB-5 programme has long been plagued by scandal and fraud, and criticised as effectively functioning as a pay-for-citizenship scheme in many cases. There is no reason that the programme should receive preferential treatment as opposed to other green card programmes for employment-based immigrants, the lawmakers said.