'Generations to come will scarce believe that such a one as this ever in flesh and blood walked upon this earth,' PM Modi recalls famous words of Albert Einstein on Gandhi 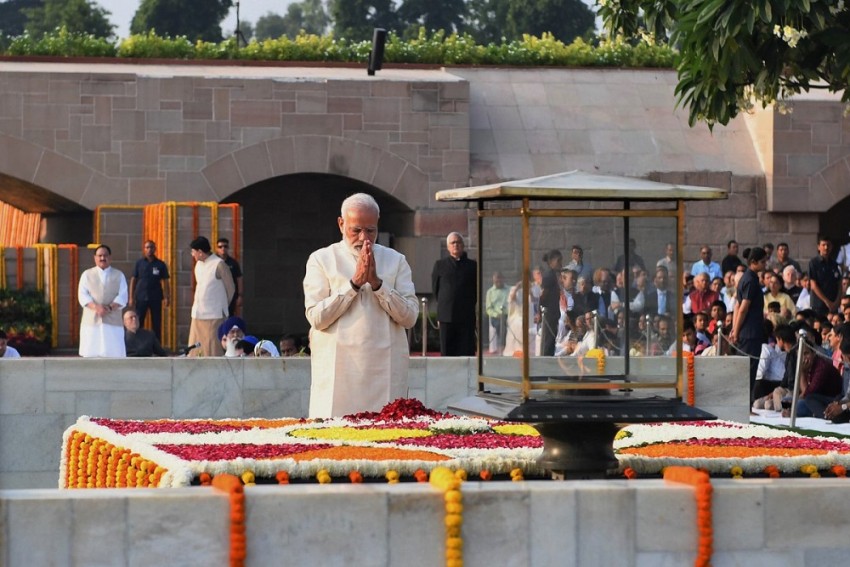 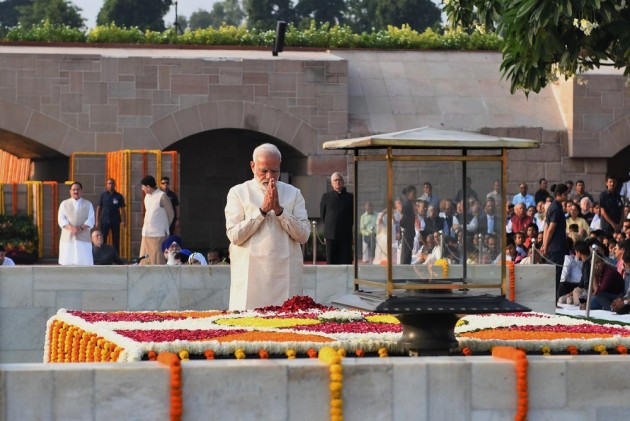 Paying tribute to Mahatma Gandhi on his 150th birth anniversary, Prime Minister Narendra Modi, in an article in The New York Times, remembered Gandhi's ideological contribution to not just empowering Indians but also millions of people across the globe. Addressing Gandhi as 'Bapu', Modi said that the whole world bows before the Mahatma.

"There have been many mass movements in the world, many strands of the freedom struggle even in India, but what sets apart the Gandhian struggle and those inspired by him is the wide-scale public participation," Modi said.

"Gandhi combined ordinary objects with mass politics. Who else could have used a charkha, a spinning wheel, and khadi, Indian homespun cloth, as symbols of economic self-reliance and empowerment for a nation?

Remebering the historic Dandi March in 1930, Modi said, "Who else could have created a mass agitation through a pinch of salt?"

Modi also recalled how Gandhi's struggle for independece was inclusive in nature.

"He envisioned Indian nationalism as one that was never narrow or exclusive but one that worked for the service of humanity," Modi said.

"For him, independence was not absence of external rule. He saw a deep link between political independence and personal empowerment. He envisioned a world where every citizen has dignity and prosperity," the Prime Minister wrote.

The Prime Minister, in his opinion piece, pointed out how Gandhi's ideology was appreciated across the world and how it became a source of inspiration for many antiracist and anticolonial struggles globally. Modi began his article by quoting Rev. Dr. Martin Luther King Jr. who said, "To other countries I may go as a tourist, but to India I come as a pilgrim.”

"The guiding light whose inspiration got Dr. King to India was Mohandas Karamchand Gandhi, the Mahatma, the Great Soul," the PM said.

He also mentioned the famous words of admiration spoken by the likes of Nelson Mandela and Albert Einstein.

Modi said that Mandela referred to Gandhi as “the Sacred Warrior."

"For Mr. Mandela, Gandhi was Indian and South African. Gandhi would have approved. He had the unique ability to become a bridge between some of the greatest contradictions in human society," wrote PM Modi.

The prime Minister quoted the famous words of Albert Einstein on Gandhi: “Generations to come will scarce believe that such a one as this ever in flesh and blood walked upon this earth."

Modi recalled Gandhi's ideals of humanism, sustainable development and economic self-reliance and said that Mahatma is "the best teacher" who offers a ''solution to every problem''

Modi mentioned in his piece how India, by following the vision of Gandhi, is forging ahead and creating for itself and the world a "sustainable future."

"We in India are doing our bit. India is among the fastest when it comes to eliminating poverty. Our sanitation efforts have drawn global attention. India is also taking the lead in harnessing renewable resources through efforts like the International Solar Alliance, which has brought together several nations to leverage solar energy for a sustainable future. We want to do even more, with the world and for the world," Modi said.

To ensure that the ideals of Gandhi are remembered by future generations, Modi encouraged and invited thinkers, entrepreneurs and tech leaders to be at the forefront of spreading Gandhi’s ideas through innovation.

Summing up his piece, Modi mentioned Gandhi's favorite hymn, “Vaishnava Jana To" and said "let us work shoulder to shoulder to make our world prosperous and free from hate, violence and suffering."