Home  »  Website  »  National  »  'The Freedom Is Not Complete Until...': Farooq Abdullah's First Word After Release

'The Freedom Is Not Complete Until...': Farooq Abdullah's First Word After Release

Farooq added that he would talk about politics and make a decision on the future only after other leaders are released. 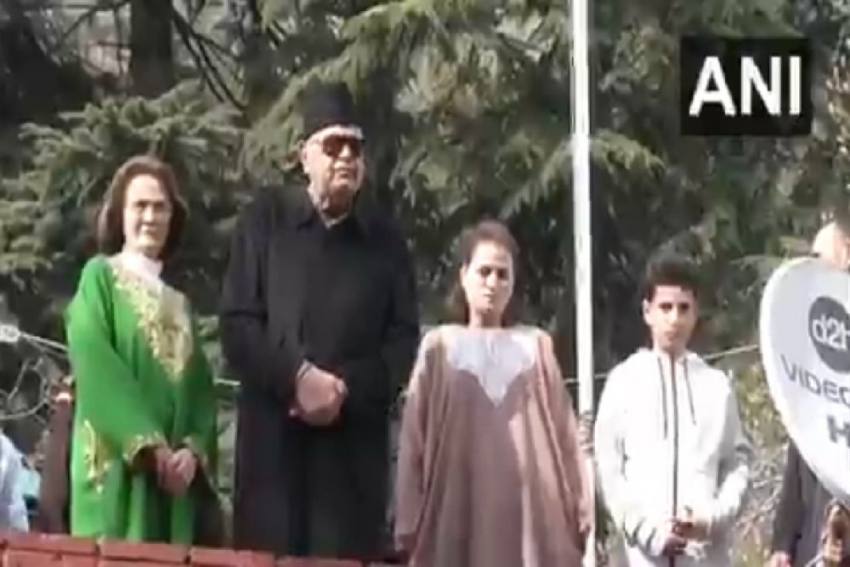 Farooq Abdullah, the former Jammu And Kashmir CM, was under detention for 7 months before his release on Friday.
Outlook Web Bureau 2020-03-13T16:27:36+05:30 'The Freedom Is Not Complete Until...': Farooq Abdullah's First Word After Release 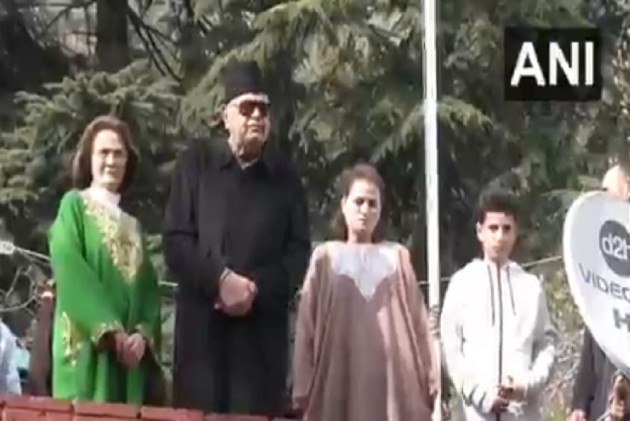 The freedom will be "complete" only when all the leaders are released, former Jammu and Kashmir chief minister Farooq Abdullah said on Friday in his first statement after the J&K administration decided to end his detention under the stringent Public Safety Act (PSA).

"Freedom is not complete until leaders, including Omar, Mehbooba Mufti and other detained in the state or other parts of the country are released," he said.

#WATCH NC MP Farooq Abdullah released from detention, says," I'm grateful to people of the State&all leaders&people in the rest of the country who spoke for our freedom. This freedom will be complete when all leaders are released. I hope GoI will take action to release everyone". pic.twitter.com/zKS6EamydV

Addressing the media, the National Conference (NC) stalwart hoped the other political detainees are released soon. "I am grateful to the people of the state, all the leaders and the rest of the country who spoke for our freedom," he said.

The senior Abdullah said he will go to the parliament, take issues of the people of state there. The 83-year-old added he will not speak on the political matter till other leaders are released

The 83-year-old National Conference leader's detention was extended on December 13 by three months under the stringent Public Safety Act (PSA).

The National Conference (NC) welcomed the decision, describing it as a step towards the restoration of a genuine political process in Jammu and Kashmir. Sources in the party said they knew the PSA detention was expiring on March 13 and hoped the government would release him.

Party leaders, requesting anonymity, said the US resolution urging India to “end the restrictions on communications and mass detentions in Jammu and Kashmir as swiftly as possible” could possibly be a major factor behind the release of the senior Abdullah, a three-time CM of J&K.

The official party statement, however, is very guarded.

“National Conference welcomes the release of Dr Farooq Abdullah from detention under PSA. The release is a step in the right direction for the restoration of genuine political processes in Jammu and Kashmir,” NC spokesman Imran Nabi Dar said.

He said these processes will receive a further fillip when party vice president Omar Abdullah and other political detainees are set free. “We urge the government to do so at the earliest,” Dar said.

“As the pre-eminent political party of Jammu and Kashmir, the National Conference has played a key role in strengthening the voice of the people through democracy and will continue to do so,” Dar said.

Meanwhile, Mehbooba Mufti’s daughter Iltija Mufti hopes with the release of Dr Abdullah other detainees, including her mother, will also be released soon.