The Khammam bandh call was given by the Joint Action Committee (JAC) of TSRTC and various political parties following the death of bus driver, Srinivas Reddy 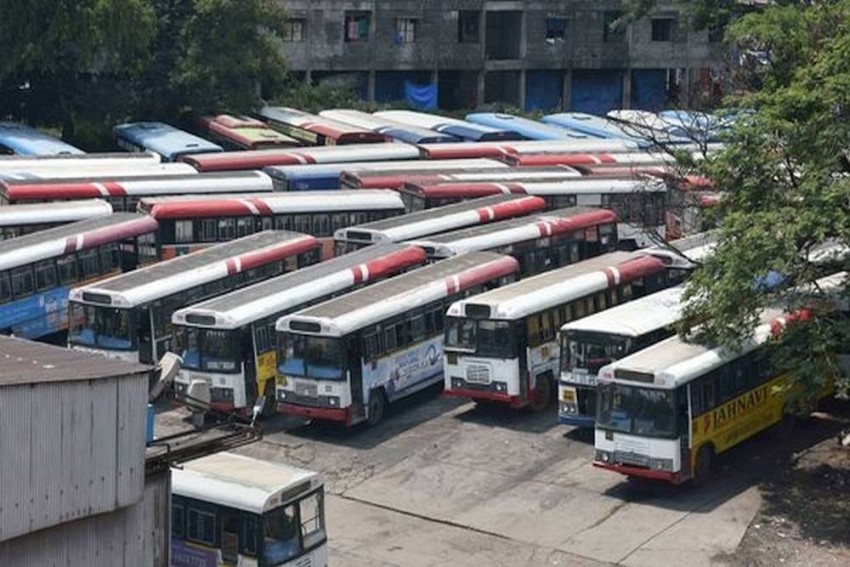 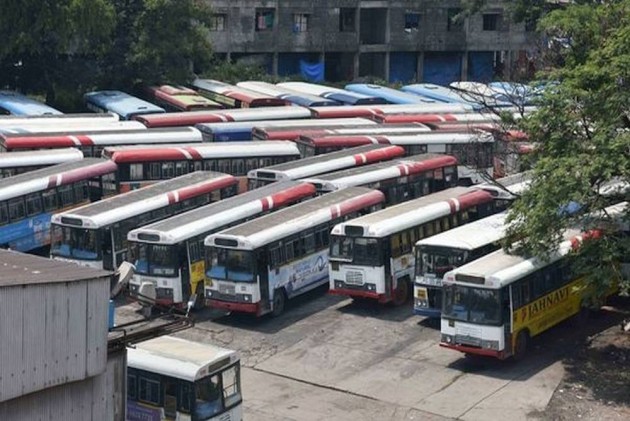 The indefinite strike by unions of Telangana State Road Transport Corporation (TSRTC) continued for the tenth day on Monday even as a bandh was being observed in Khammam district following the death of a driver.

D Srinivas Reddy, 55, driver of TSRTC Khammam depot, who set himself ablaze on Saturday, succumbed to the burn injuries at a hospital in Hyderabad on Sunday.

Hours after Reddy's death, a conductor Surender Goud, aged around 50, allegedly committed suicide by hanging at his house in the city on Sunday night.

Another TSRTC driver, aged around 40, doused himself with petrol at Narsampet depot in Warangal district on Sunday, however, police immediately intervened and foiled his alleged self-immolation bid.

The Khammam bandh call was given by the Joint Action Committee (JAC) of TSRTC and various political parties following Reddy's death.

The striking employees held demonstrations even as workers of different political parties and organisations also took out protest rallies in Khammam and Kothagudem districts.

Khammam Commissioner of Police Tafseer Iqubal told PTI over phone the bandh was going on peacefully and the situation was normal, though dharnas and rallies were being held by RTC employees and others, but shops were open.

Condolence meetings were also being held at depots and bus stands in the state by the striking employees and workers.

Shops and business establishments remained shut in some areas in Khammamand security was beefed upin view of the bandh.

Nearly 48,000 employees of different unions of TSRTC, boycotted their duties and began an indefinite strike from October 5 across Telangana on a call given by the Joint Action Committee (JAC), demanding merger of the RTC with the government,pay revision, recruitment to various posts, among others resulting in state-run buses staying off the roads causing inconvenience to commuters.

The striking employees continued to hold protest rallies across the state and raised slogans against the government.

Taking a tough stand, Chief Minister K Chandrasekhar Rao had said the 48,000 striking RTC staff had "self-dismissed" themselves, as he also made it very clear that under no circumstances would the RTC be merged with the government.

On Saturday, he had said there was no question of having talks with the striking employees or taking them back, terming the agitation as "illegal."

In a release, Keshava Rao, also a Rajya Sabha member, appealed to the RTC employees to call off their ongoing strike and sit with the government to sort out their issues in a "legitimate way".

Keshava Rao, who also headed the TRS Manifesto Committee, said at no time was the merger of RTC with the government considered.