Lockdown will be imposed in 68 containment zones of Srinagar from Monday and they have been sealed off. 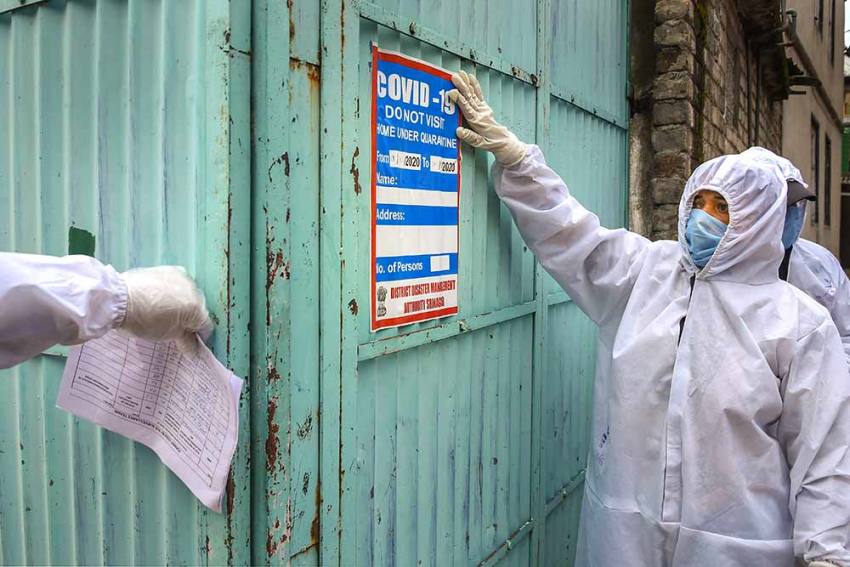 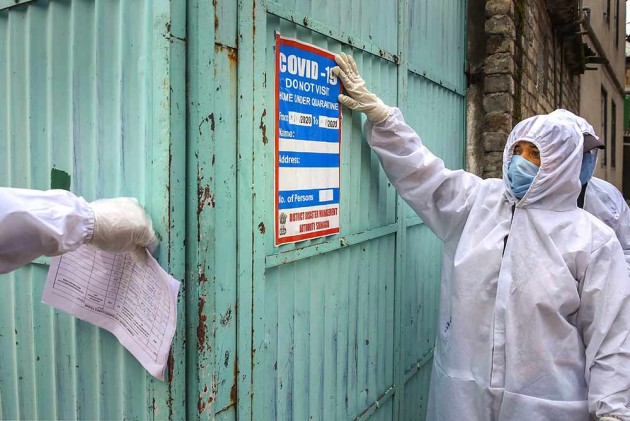 Authorities in Kashmir began strict implementation of another phase of the lockdown on Sunday, sealing off historic Lal Chowk and 67 other areas in Srinagar which have been declared containment zones after a sudden surge in COVID-19 positive cases over the past one week.

The Srinagar district administration sealed off Ghanta Ghar at Lal Chowk in an apparent bid to convey its seriousness to the masses about the strict implementation of the second phase of the lockdown.

A senior official said the steps have been necessitated due to the sudden spike in the number of coronavirus cases in the Valley in general and Srinagar city in particular as the authorities tried to ease the lockdown 1.0 restrictions.

"We were hoping that people will take necessary preventive and precautionary measures against the spread of COVID-19 but that has not happened," he said.

Maisuma, Natipora, and Eidgah were among several areas in Srinagar which were sealed after being declared as containment zones.

The lockdown will be imposed in 68 containment zones of the city from Monday, the officials said.

They said effective restrictions would be put in place in these containment zones to contain the spread of the virus infection.

No activity would be allowed in these areas without a valid movement pass, they added.

The decision to reimpose the lockdown in the city was taken at a meeting late Saturday evening, the officials said.

District Magistrate, Srinagar, Shahid Iqbal Choudhary also confirmed the reimposition of the lockdown in the city.

"In view of major spike in Covid cases, we will have to carve out containment zones for effective restrictions in different areas of Srinagar. Local cooperation is solicited in best interest of public health," he said, adding the areas have been notified.

The city has witnessed a spike in the number of coronavirus cases in the last one week. The total number of positive cases has reached 1,611, out of which 1,075 are active.

Jammu and Kashmir has recorded over 10,000 coronavirus cases so far. The majority of these cases are in the Kashmir valley.

While the union territory administration had first announced a lockdown across Jammu and Kashmir on March 22 as part of its efforts to curb the spread of the coronavirus, restrictions were imposed in many parts of the Valley, including in the city, on March 19 after the UT saw its first positive case from Srinagar.

The lockdown was then gradually eased in June and the markets in the city reopened after about three months in the second week of June.