Rajesh Tope, however, also expressed hope that the government would be able to tame the surge in Covid-19 cases with the current restrictions in place. 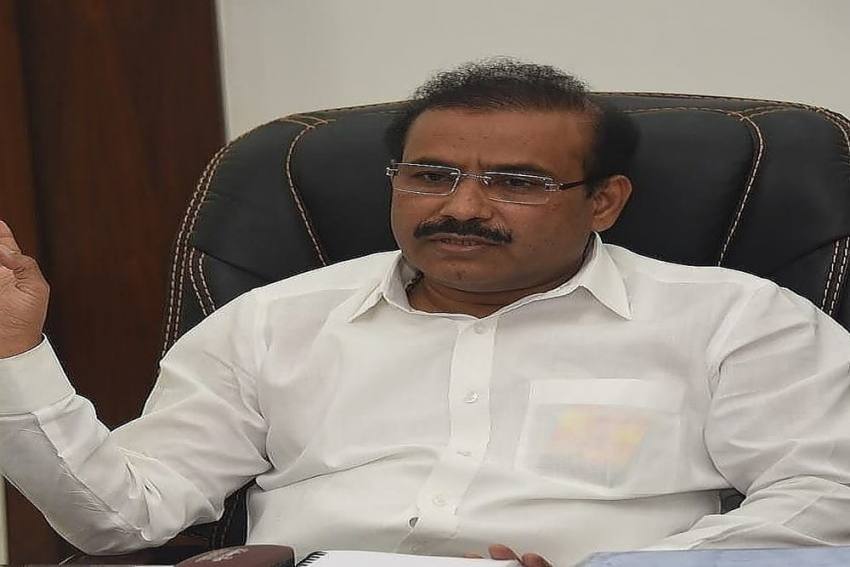 As Maharashtra continues to grapple with a surge in the number of daily Covid-19 cases, state Health Minister Rajesh Tope said that a "complete lockdown" of two to three weeks is required in the state to improve the ongoing situation. Tope further cautioned that such a step could be taken if the government is unable to cope with the situation.

Tope, however, expressed hope and said that with the curbs in place at present, the government would be able to tame the surge.

Tope also admitted that the "chalta hai" (laidback) attitude had crept in after the government flattened the infection curve.

Private Offices In Maharashtra To Remain Closed During Weekend Lockdown

"We would need a complete lockdown for 15 days to three weeks even though I am not in favour of that immediately. If hospitals are overwhelmed, if there is a shortage of medicines and if the government is unable to cope with the growing number of patients then such a step can be taken," Tope told NDTV.

Lockdown is required to ramp up the health infrastructure, he said.

"I hope we can contain the virus with the present curbs. We will be happy and content. We are hoping for the best," he said.

Tope said the state government was concerned over the spike in cases and need hand-holding by the Centre.

He rejected the allegations of mismanagement on the part of the state government, saying that the numbers were rising because it was not hiding anything.

"We have followed the principle of rigorous testing, tracing and treatment," he said.

"The 'chalta hai' attitude did creep in after the government was able to flatten the curve and opened up several activities. We thought there would be no second surge," he said.

Tope also rejected the criticism of the Union Health Minister Harsh Vardhan against the state government, saying that the state had adhered to all the protocols laid down by the Centre.

He reiterated there was discrimination against the state in the allotment of vaccines. "Recently we were given seven lakh doses and after we pursued our demand for more, we were given ten lakh additional doses," he said.

So far, Maharashtra has got 1.04 crore vaccine doses and we have sought 40 lakh per week so that we can expedite the daily vaccinations to six lakh per day, he said.

In Mumbai, out of 120 centres, 70 were shut since there was no stock and the situation was embarrassing, the minister said.

"We sought weekly stock of 40 lakh vaccines so that we get time to transport them to different parts of the state," he said.

Maharashtra reported 56,286 new coronavirus cases on Thursday, which took its caseload to 32,29,547, while on Wednesday it had recorded the highest daily count of 59,907 cases.

Last Sunday, the state government announced a weekend lockdown and a number of strict restrictions till April 30, including a night curfew and prohibitory orders during the day time to contain the spread of the virus.