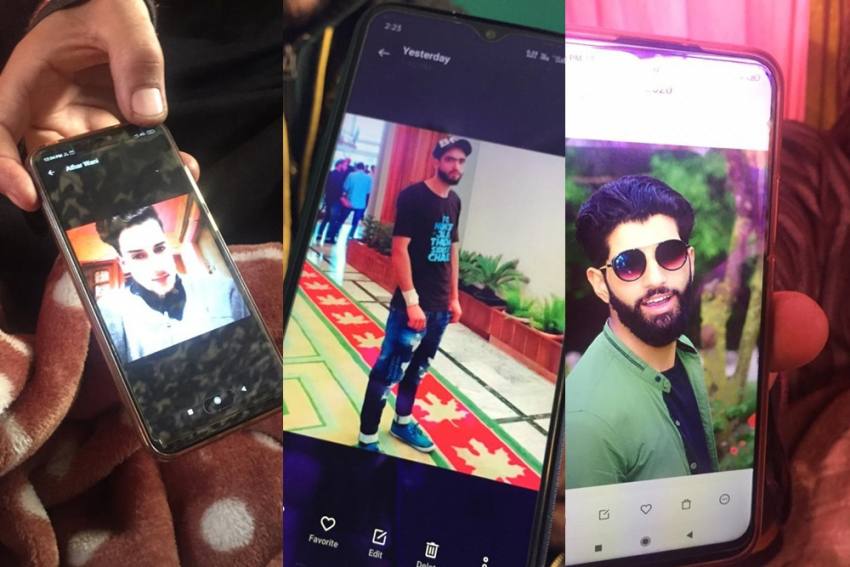 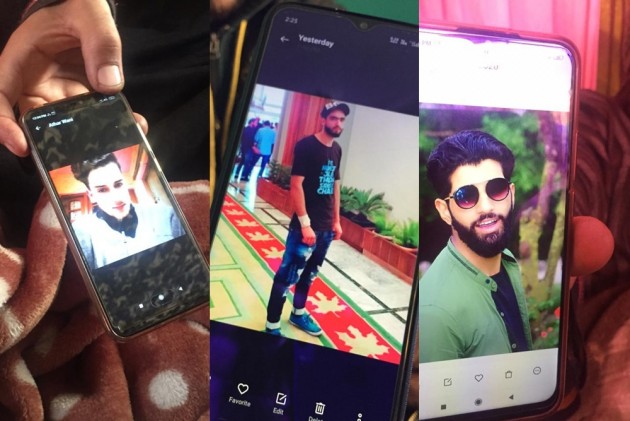 A day after the killing of three boys in the Lawaypora HMT area on the outskirts of Srinagar in what the army described as an “encounter”, the family members have written to the government seeking the bodies of their children.

Ajaz Maqbool, 20, son of Muhamad Maqbool Ganai, a head constable in Jammu and Kashmir police from Pulwama, along with Ather Mushtaq Wani, 16, of Pulwama and Zubair Ahmad Lone, 22, of Shopian were killed in an “encounter” with the Army on Wednesday at the Lawaypora HMT. However, the family members described the “encounter” as fake and staged.

The police said they were not part of the operation and there was no adverse record against the boys with the police. But the police maintained that they have no reason to doubt the Army’s version.

Soon after the encounter, the relatives staged a protest outside the police control room, Srinagar seeking their bodies. The police didn’t hand over their bodies and instead took them to Sonmarg on the Srinagar-Leh highway in north Kashmir and buried them there.

In an application addressed to Lieutenant Governor Jammu and Kashmir, Ajaz’s family has asked for the body of their son.

"That the applicants are the maternal uncle and grandfather of the deceased and through the medium of this application wants to draw your kind attention, that the deceased was doing the graduation in Degree College Pulwama in arts subjects and in this regard has told the family members that he has some work at Pulwama on 29-12-2020," the letter read.

"That the said Mohd Maqbool Ganie along with the locals of the village went to the PCR, and where the father of the found the dead body of his son and told the PCR to hand over the body of the son, but the authority did not return the body to his father," the application said. It said the father of the victim was astonished when the PCR authorities told him that his son was a militant and declined to hand over his body.

“The deceased was a student and had no criminal background and there is no FIR registered against him. The deceased was not remotely connected with any anti-national activity and that the question of his joining militancy does not arise at all. The killing of the deceased is very brutal and calculated one which is against the law of the land and also hits the democracy and Indian Constitution,” the application read. It said their son’s killing is a gross violation of human rights. “It is, therefore, requested that the dead body of Ajaz is handed over to the family for last rites. Also, an impartial inquiry be conducted to serve justice,” the letter concluded.

Former chief minister Mehbooba Mufti tweeted the application later. “Met families of the young men killed in Lawaypora encounter. Forget justice even their dead bodies are not being returned to the family for last rites. They have lost their beloved sons forever and in the midst of grief have to plead even for closure,” Mufti said.

The family of Zubair has also asked the government to hand over his body for last rites. Two of his brothers are also working with Jammu and Kashmir police.

General Officer Commanding (GoC) Kilo Force Major General H.S. Sahi, while addressing the media on Wednesday, had stated that the three militants had plans to carry out a "big strike" on the Srinagar-Baramulla highway and that they had turned down repeated surrender offers during the encounter. Police had also said that the encounter broke out between the militants and the security forces in the Lawaypora area on Tuesday evening and ended on Wednesday.

"The GoC is a senior officer. I have no reason to dispute what he has said (about the encounter)," J&K DGP Dilbagh Singh told reporters in Jammu.

The families questioned the police’s claim that two among them were hardcore militants though there was no case registered against them nor they were arrested ever over any anti-social activities.

The families say the claims made by the police are far from the truth.

"How can a person become a hardcore militant within two or three hours? If authorities are claiming that if the trio were not militants then what they were doing at the encounter site? They must answer how trio from Rajouri killed in Amshipora fake encounter reached from Chowgam to the encounter spot and where from the ammunition came," they said.

On Thursday, most parts of Pulwama and Shopian districts, there was a complete shutdown to protest against the killings.

Jammu and Kashmir Apni Party (JKAP) said the "facts and circumstances" which led to the killing of three youths from south Kashmir in an encounter at Lawaypora on the city outskirts, must be brought to the fore immediately.

The party’s senior vice-president, Ghulam Hassan Mir, said there should be no delay in “investigating” the claims made by the families of the slain trio from south Kashmir.

National Conference (NC) Member of Parliament from Anantnag, Justice (retd) Hassnain Masoodi, sought an impartial investigation into the Hokarsar killings and impressed on the government to clear the ambiguities leading to the killing of three youths.

Masoodi, while demanding an impartial probe into the killings, said the stated version of the police was far from convincing and ambiguous. “The police version is not convincing and clear-cut; it is an admitted case of police that none of the three youths in their early twenties were in the militants’ list; two of the youths are admitted not to have been involved in militant activities and said to be OGWs. In the case of a third boy, who is 20 years old, it is said that he 'might have joined militant ranks'. The statement joined together is far from convincing and lends support to the version of families of the slain trio that they were innocent and not involved in any militant activity,” he said.

He said the government should recall the Shopian killing and subsequent findings that those killed were innocent and had come all the way from Rajouri to earn livelihoods and continue with their studies.